Grand Theft Auto 5: A fan’s look at what was seen (and maybe not seen) in the trailer

The Grand Theft Auto series has been one of the most critically acclaimed and financially successful videogame franchises of the last decade. So when a new title in the series is announced, it’s big news. And yesterday’s unveiling of the Grand Theft Auto 5 teaser trailer was no exception.

By now, we all know that GTA is back, and it is glorious. We’ve all watched the trailer, we’ve all reveled in its awesomeness, and we’ve all experienced a sudden urge to break out our old copies of San Andreas. But I’m guessing we all haven’t gone through the trailer frame by frame. Well, have no fear because I…

Wait, you have? But… damn. OK, fine. You win. We’re late. But the trailer is frikkin sweet, isn’t it? A minute and twenty four seconds of pure win. So come on, let’s take a look at some of the coolest moments of this teaserific masterpiece. And who knows? Maybe we caught something you missed. 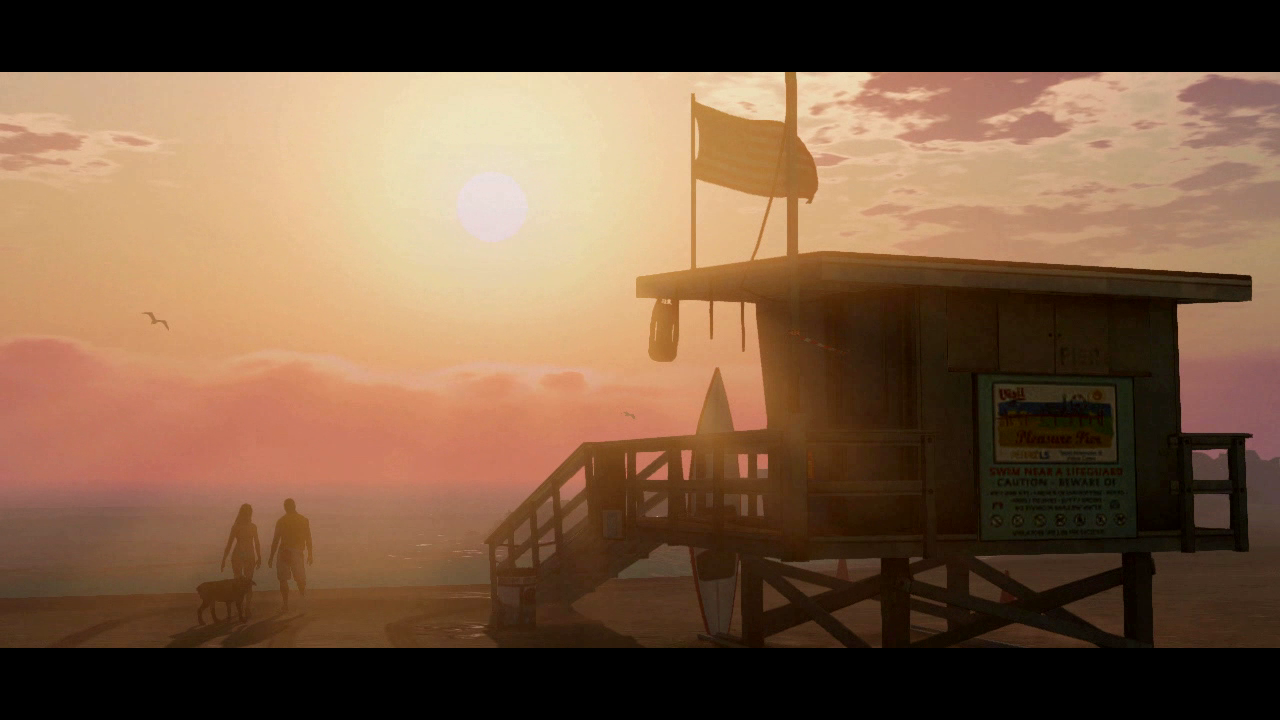 Los Santos, bitches! Woohoo! Look at that sunset. Absolutely beautiful. The graphics have taken quite a jump from Grand Theft Auto 4. And what’s this? A couple taking their dog for a walk? I’m going to jump to my first of many conclusions in this article by assuming that Rockstar has finally incorporated pets into the game. Of course, this also means that Rockstar has likely incorporated the shooting, running over, and otherwise killing of pets into the game. Unless they go the Twisted Metal route, and make the dogs invincible. But that’s probably not going to happen. 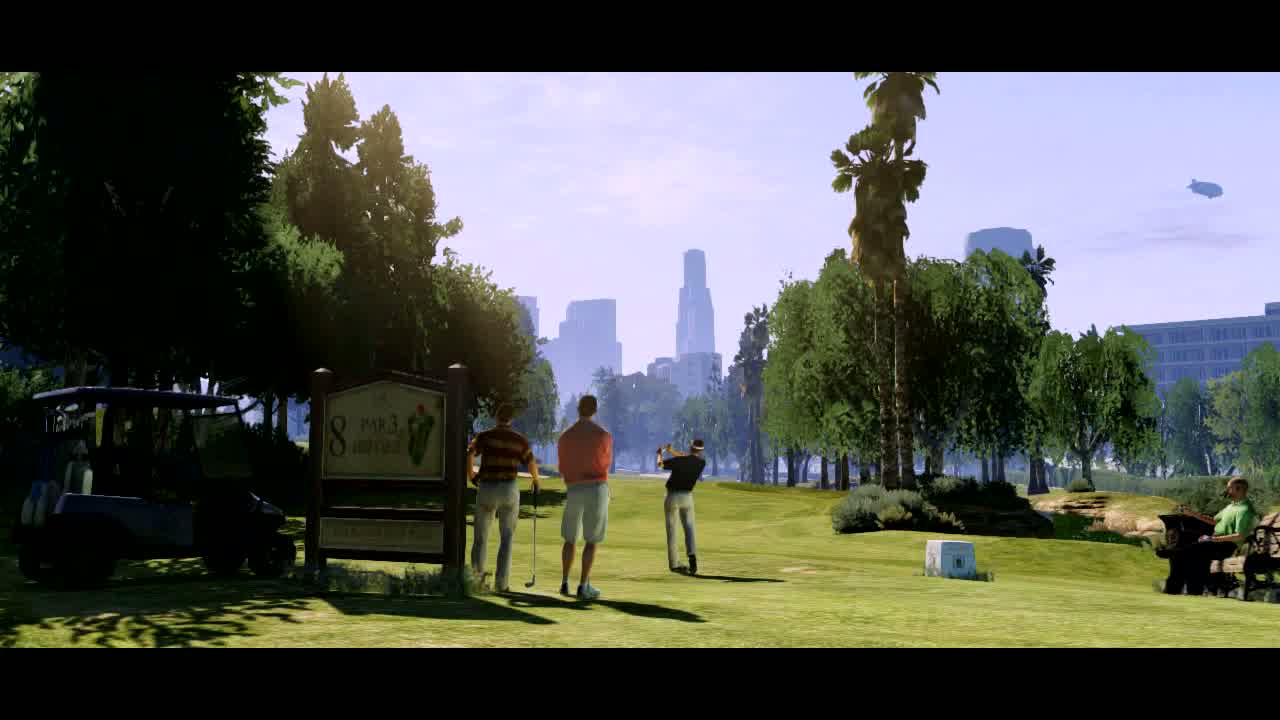 Fore! Golf has been around since the Vice City days, and I have many fond memories of chasing old folks around the course on a stolen golf cart. So it isn’t all that surprising that it makes a return in GTA 5. But featuring it in the teaser might hint that golf courses aren’t just a fun place to cause mayhem anymore. Could GTA 5 feature a golfing minigame? Previous titles have included such sporting diversions as bowling, pool, basketball, and darts. So why not golf? Conclusion number two: playable golf in GTA 5. Moving on.. 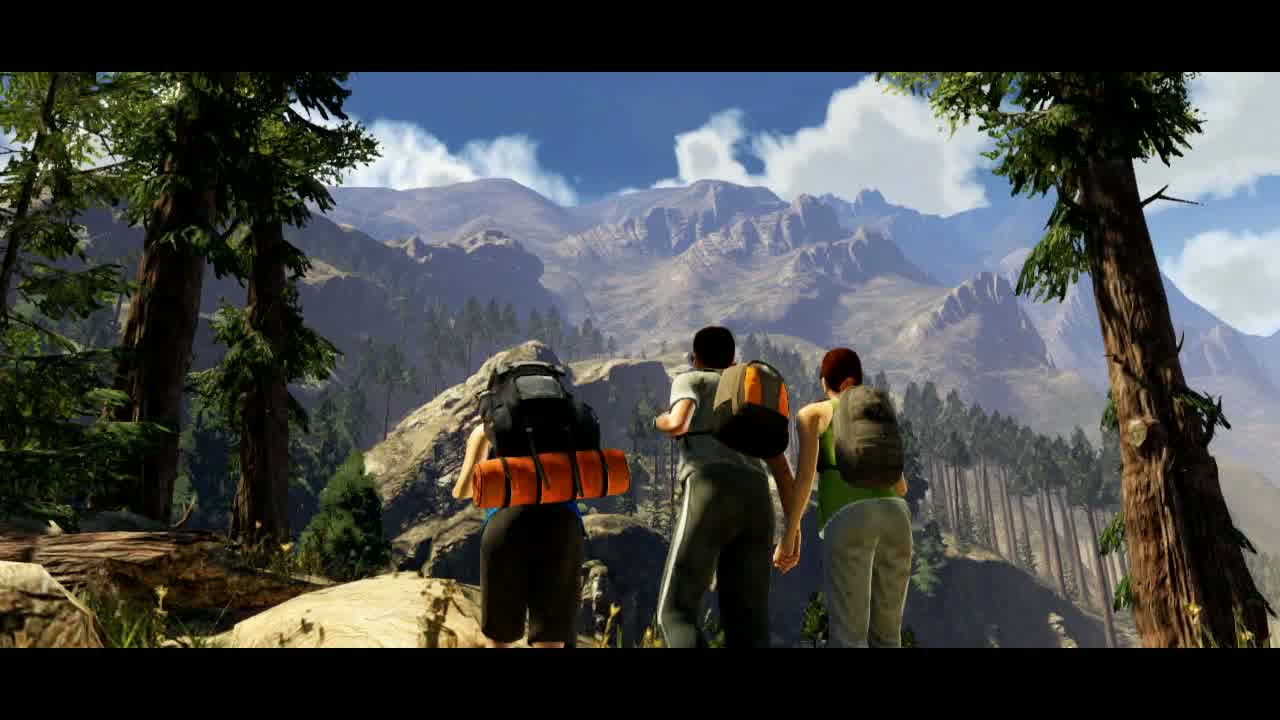 One of my favorite things to do in GTA: San Andreas was base jumping off the top of Mount Chiliad, and seeing the iconic mountain in the teaser gives me hope that this passtime will return. And what’s with the couple holding hands? Are these merely NPCs you encounter out in the wilderness? Or has dating in Los Santos gone far beyond trips to the local diner? Hmmm… I’m not prepared to make a baseless conclusion on this one. We’ll just have to wait and see. 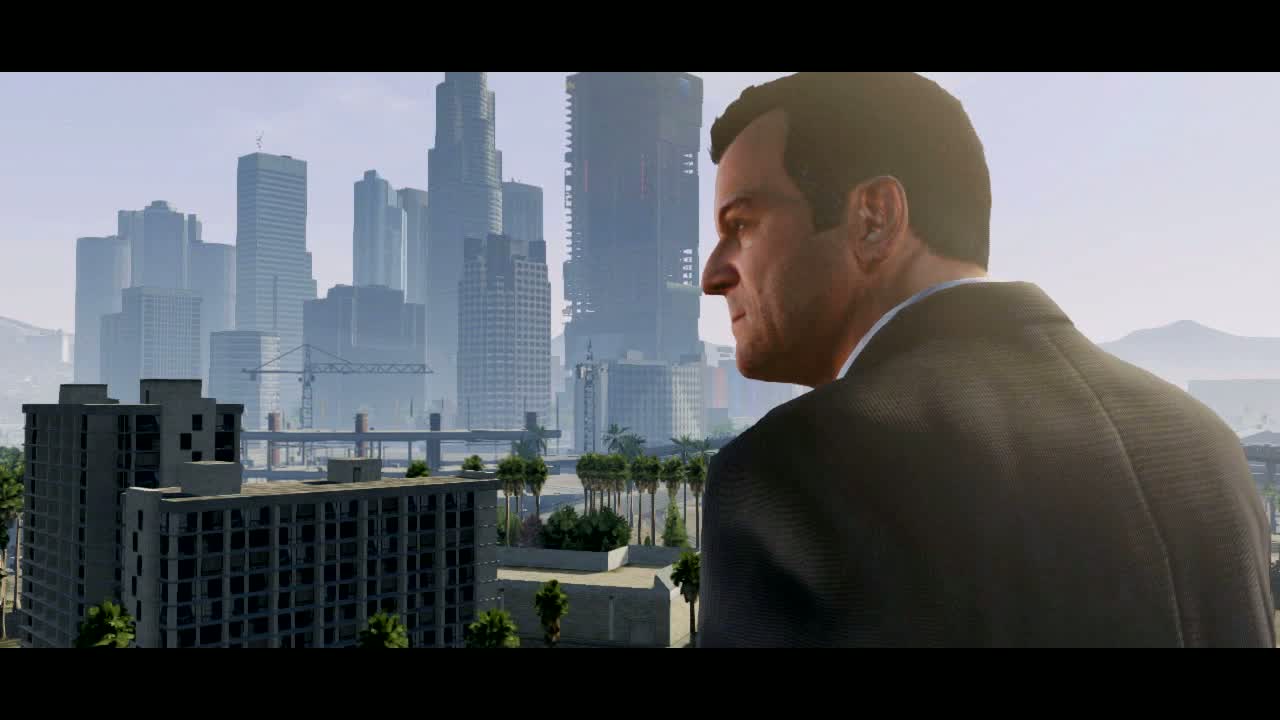 HOLY SH*T, it’s Tommy Vercetti! He’s back! Oh man, this is gonna be so…. actually, it probably isn’t him. Our good friends over at IGN have already squashed that rumor. But it would be awesome if it was him. Whoever it is, he is seen behind the wheel of a car multiple times during the teaser. So it’s safe to assume that he is one of the playable characters. I say “one of” because.. 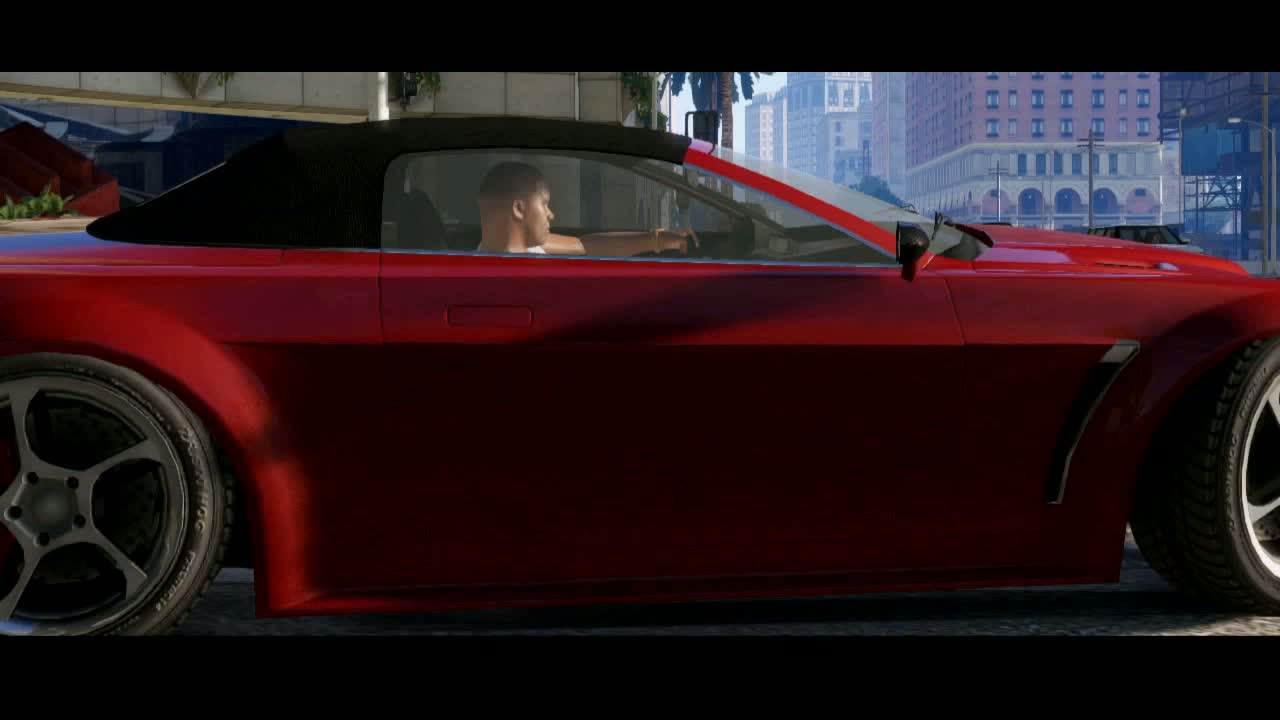 There’s this guy too. We see him driving a red sports car twice during the teaser. Not-Tommy Vercetti and Red Car Guy even (apparently) show up on screen together at one point.. 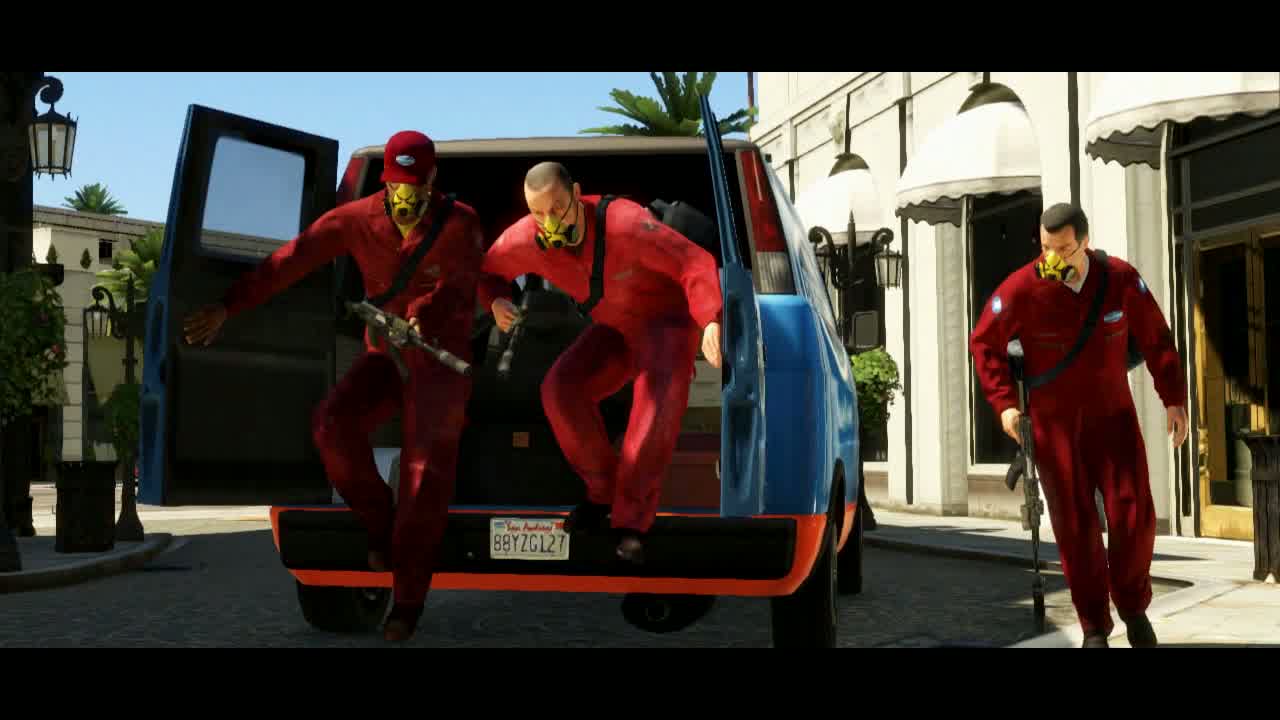 Isn’t that Red Car Guy in the middle? And Not-Tommy on the right? One of the biggest rumors surrounding GTA 5 has been that it will include multiple playable characters. So do the screenshots prove the rumor true? I’m going to say yes, and complete my conclusionary hat trick. 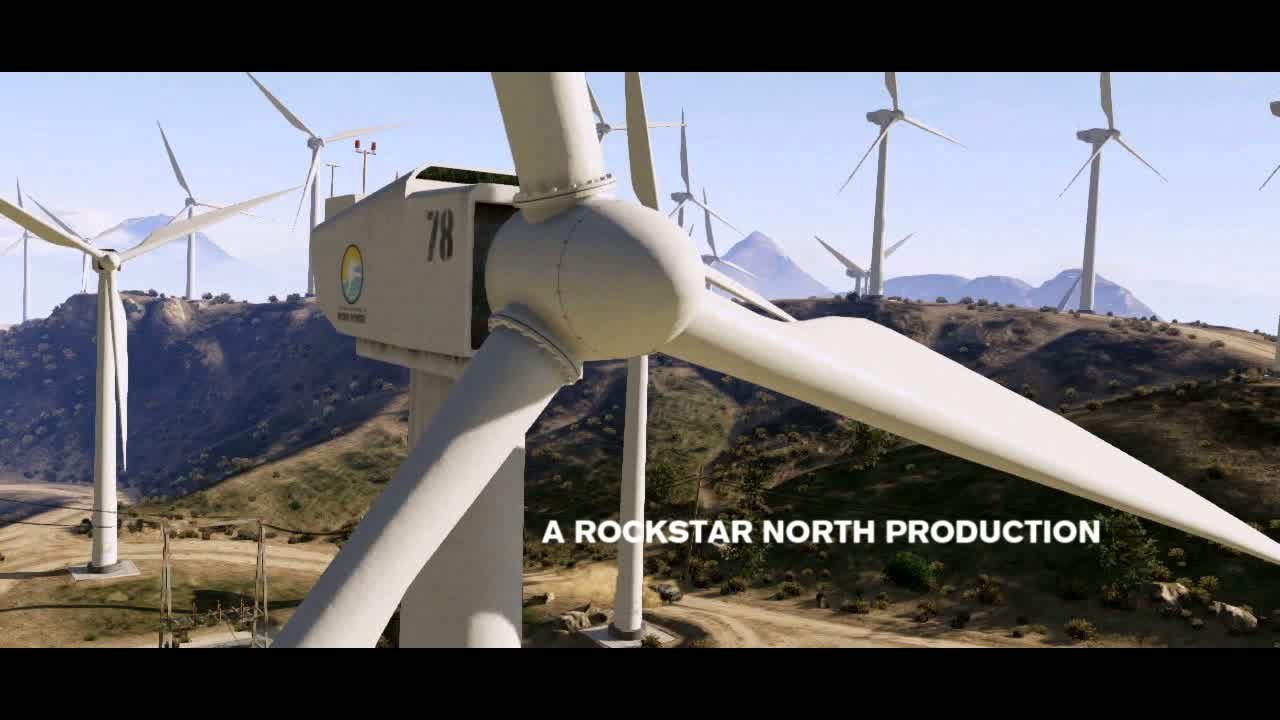 Windmills confirmed! One of the things that I absolutely loved about San Andreas was its wide open spaces. The deserts, forests, and farmland that made up the spaces between the cities were a lot of fun to explore. And the lack of these rural areas in GTA 4 was one of the things that bugged me about the game. There was nowhere to go and just… get away from it all. This screenshot, with its rolling hills and dusty winding roads, proves that we’ll once again be able to spend hours and hours driving around the middle of nowhere, searching for Bigfoot. And don’t tell me you never did that. I know you did. 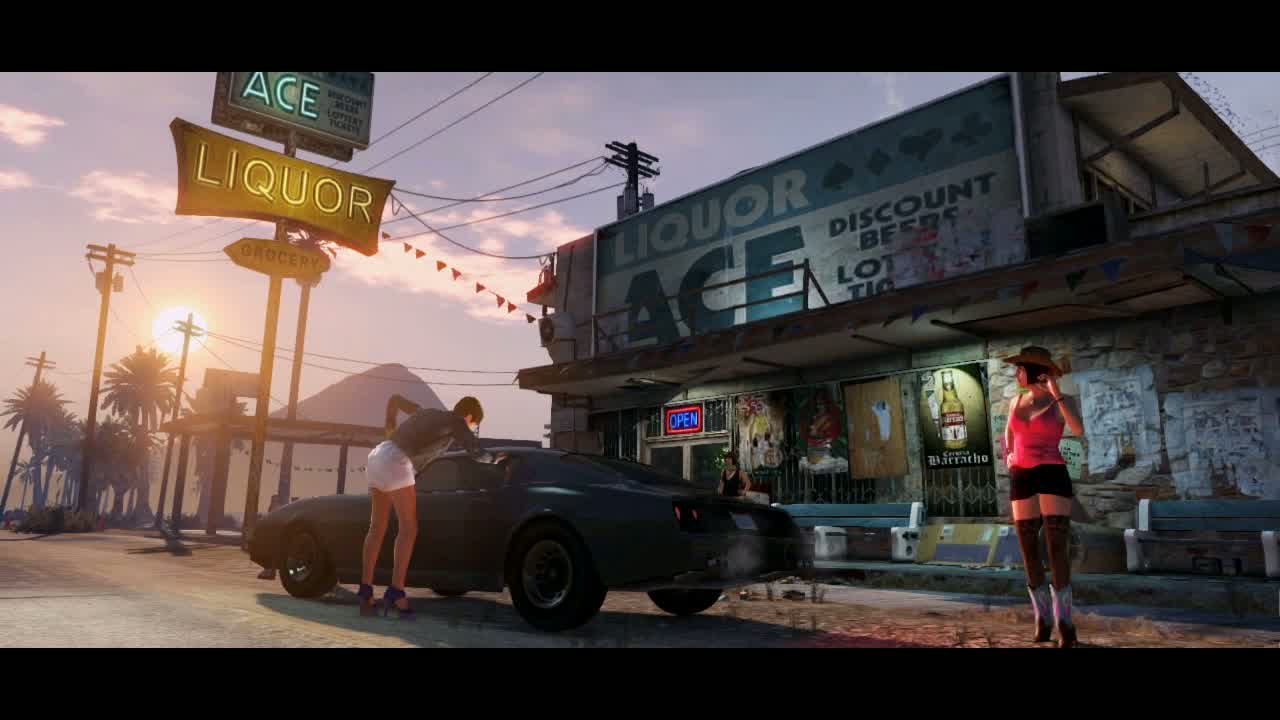 And finally, what would a Grand Theft Auto game be without hookers? We can all relax; those lovely ladies of the night will be returning. But I didn’t include this screenshot to ogle at their polygons. Although, they are very nice polygons. No, I included it because of the level of detail on display. In my opinion, the thing that has always separated the Grand Theft Auto series from its imitators was its attention to detail. From the working traffic lights in GTA 3 to the sparking wheels of the subway in GTA 4, it has always been those little touches that brought the game worlds to life in ways none of the other sandbox games could. I’m very impressed by the level of detail already on display in the teaser, and the game is, in all likelyhood, at least a year away from release. Just imagine how much better the finished product will look.

Speaking of details, I know I’ve missed some. There is so much great content packed into the teaser, it would be impossible to cover it all in one article. Like that shot of the guy putting a for-sale sign in front of a house. Does that mean that you’ll be able to buy and sell property? And did you see that fighter jet? Oh man, I wonder if….

I have to stop.  I could go on like this all day. So this is where you come in, readers. Take over for me, and share your favorite moments of this incredible trailer.  Go ahead, and talk all you want. If the marketing for their last GTA game is any indication, we’re probably going to be waiting awhile for Rockstar to give us more news. Until then, we watch. And dissect. And come to conclusions that will invariably be proven wrong in the end.

And for those of you who have yet to see the trailer, check it out here