Hands on with the Titanfall beta

Let’s get one thing out of the way straight away – I’m not a fan of multiplayer FPS games, and I am not someone who gets excited about challenging, engaging, player vs player multiplayer maps. I have my feet very firmly planted in the ‘single player is king’ camp. With that said – I had a damn lot of fun with Titanfall, and based on the strength of what it offers to players, it just might be the killer console seller than Xbox One is looking for.

For those who have yet to experience the Titanfall beta, here’s a quick run down of my experience with the title. As a disclaimer, I played the Xbox One version of the game, and I played matches with and against complete strangers.

Anyone who has seen any Titanfall gameplay will agree that it looks absolutely spectacular – the colours are crisp and bold and the environments are beautifully realised. Make no mistake, this is a game that turns heads and makes even the staunchest of ‘graphics don’t matter’ supporters drop their jaws in awe. The multiplayer maps are sublime in their presentation. The combination of crisp sci-fi/industrialised environments with vibrant explosions rendered with such detail they make you feel every hit results in an almost orgasmic display of visual panache. It is, without exagerrating, a true example of what we’ve all been hoping next gen consoles are capable of. And it is absolutely glorious.

The gameplay is tight, solid and exceptionally well-designed. There are no cheap shots here, or ways to earn easy XP. Titanfall rewards you for learning the best ways to dispatch your enemies, and it rewards you for taking risks and pulling off impressive kills. The myriad of ways you can dispatch enemies are introduced in an extremely well-done tutorial. Stepping you through the various moves you can pull off, and the type and feel of weapons you have at your disposal, the tutorial provides an easy to understand, uniquely implemented introduction to the world of Titanfall. It’s great for beginners and those with minimal experience of multiplayer games, but it doesn’t handhold veteran multiplayer gamers, or make them feel as though they’re stuck in a mundane tutorial mode that they’ve seen before countless times.

What’s especially impressive, however, is the way in which Titanfall introduces new gameplay moves into the existing established multiplayer scene. Many gamers could be forgiven for feeling like every new multiplayer release simply rehashes game modes and moves that are known to be successful. These modes are included in Titanfall, but they’re joined by unique moves which introduce a level of creativity and challenge that has been absent in many recent multiplayer releases. Titanfall is not simply a game about killing everyone else in your overpowered mech suit. There are advantages for using your Titan, but there are just as many advantages (and it could be argued many more advantages) in using yourself as a pilot to kill enemy Titans and grunts. Certainly, the stars of Titanfall are the Titans themselves, and taking control of a Titan brings with it a sense of Godliness. However, the pilots are the unsung heroes here, and it is experiencing the world in their shoes that provides the real magic of the game. 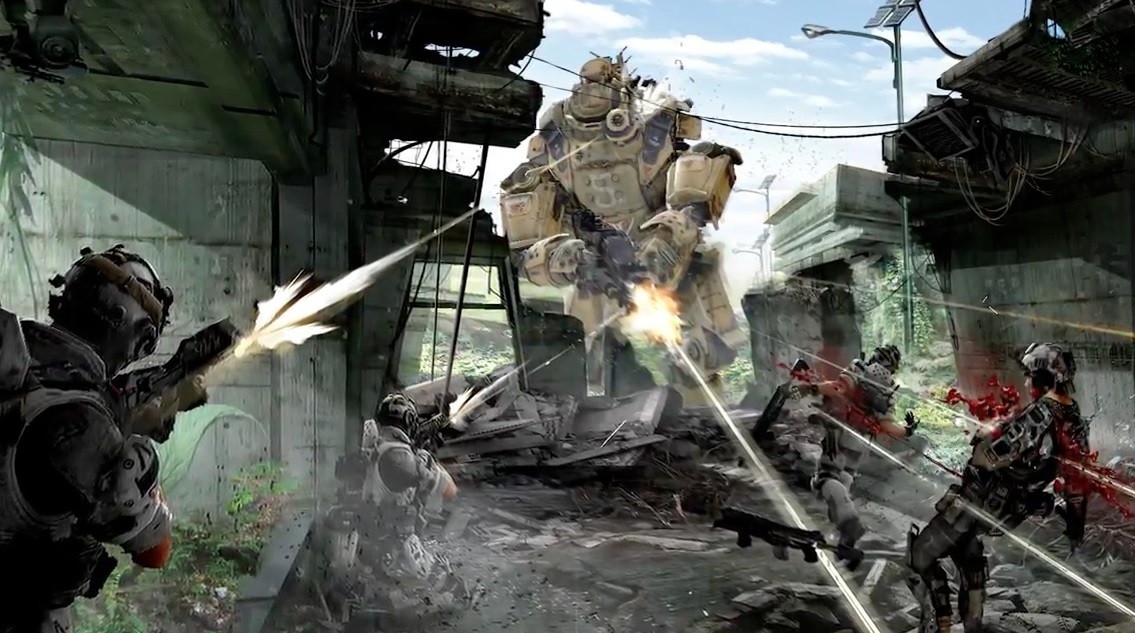 To earn XP in Titanfall (and therefore level up and unlock better gear and titans), you need to fully immerse yourself in the world and use the environment to your advantage. Finding higher vantage points using jumps and avoiding enemy fire and traversing the maps via wall running provides a myriad of ways to engage and destroy your enemies. As a pilot out of your Titan, you have the ease of maneuverability and the choice of a wide variety of weaponry. The weapons available to you all have their own unique strengths and weaknesses, and the variety of choice enables players to experiment with and find their own play style. The change from experiencing the world as a pilot and jumping into your Titan is as extreme as night and day, and this provides its own challenge. The tactics you use whilst you traverse the world as a pilot will be completely different to those you use whilst inside your Titan, and this allows for experimentation at a level not seen in other multiplayer games.

The titans themselves are gorgeous examples of the kind of glorious sci-fi constructions seen in the golden era of sci-fi, and in the hands of someone who has taken the time to understand the nuances of their design, they become perfectly realised killing machines. But they aren’t untouchable gods. Pilots can dispatch Titans with well-placed, well thought-out shots, and it is extremely rewarding as a pilot to watch a Titan topple after being defeated. The rewards you reap as a pilot for dispatching a Titan are well worth the effort, and the game provides many opportunities to level up your characters by taking risks and pushing boundaries. 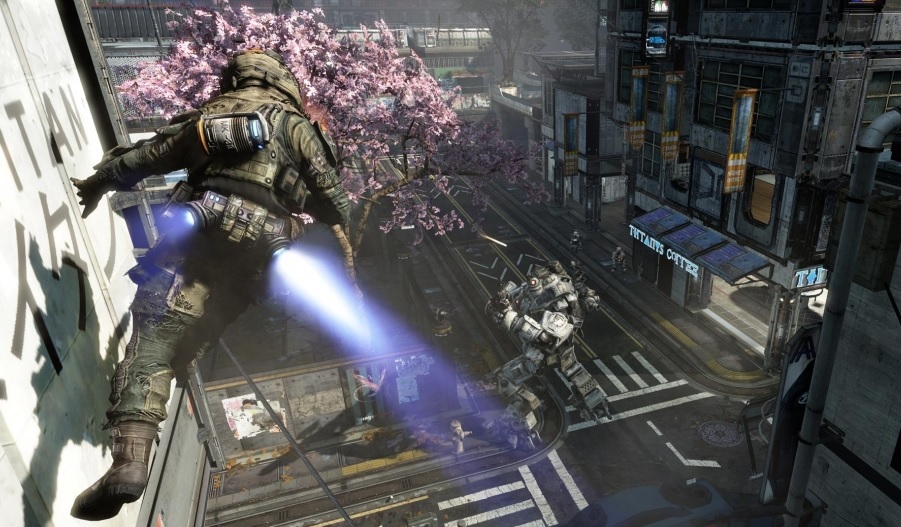 The multiplayer maps are extremely well designed and beautifully crafted, and as seen in the beta, they vary from fuel depots to rundown shanty towns to gleaming sci-fi cities of the future. They allow veteran multiplayer gamers to utilise the environment to their full potential, without the drawback of preventing newcomers from enjoying a casual game. They reward creative gameplay and challenge players to learn the best ways to utilise their surroundings. The multiplayer modes seen in the beta will feel familiar to veterans – Attrition tasks players with killing everything on the enemy team to earn points that count to victory. Hardpoint is a modified king of the hill mode where teams must capture and hold hardpoints to earn points. The more hardpoints players holder, the faster they win. The final mode on display in the beta – Last Titan Standing – is exactly what it says. All players start in a titan and the team who eliminates all enemy titans first is the winner. The gameplay modes are designed to allow for skill differences in players – newcomers can cut their teeth in the less frenetic attrition mode, whilst veterans can take on Last Titan Standing for some fast paced Titan destruction. As a newcomer to this type of multiplayer, I appreciated the more gentle (yet still extremely challenging and rewarding) attrition mode.

Based on my experience with the game, Respawn Entertainment have created an absolute beast of a title with Titanfall. Make no mistake, this game is a console seller. It provides a solid, beautifully realised multiplayer experience that is welcoming to new players and challenging for veterans. It combines superbly designed multiplayer maps with balanced gameplay and weapons to create a game that does more than simply copy the successful modes and moves of past Triple A multiplayer juggernauts. On display here is the next evolution of the FPS genre, where successful modes from the current crop of FPS titles combine with visionary new additions to create a uniquely exceptional experience. If Titanfall is an example of what we can expect from the next generation of consoles, we’re all in for one hell of a ride.