Max Brooks, the author of the legendary novel World War Z, once said that knives are useful in combat because blades don’t need reloading. In Metal Gear Rising: Revengeance I love that Raiden, the game’s main protagonist, wields a great hulking katana called the High-Frequency Blade. I like the fact that I don’t have to run around looking for bullets, or worry about how my ammunition levels are going or take hits while I’m reloading. To be quite honest, I’m over games with guns as the primary weapon. Give me something different, something melee! Give me Metal Gear Rising: Revengenace!

Metal Gear Rising: Revengeance picks up where Metal Gear Solid 4: Guns of Patriots left off. The Patriots – Illuminati style war mongerers – have been dispersed and in their place numerous rogue entities have spawned. Raiden works alongside an organisation charged with protecting an African Prime Minister who wants to create a better future for his country. Naturally, entropy rears its inevitable head and this lovely fellow is kidnapped. Raiden attempts a rescue only to be attacked by powerful cyborg swordsman. Brutally defeated, he sustains terrible injuries. This part of the storyline paves the way for Raiden’s rebirth into a much stronger warrior. His new black armour looks incredible. What follows is a pretty cool story of Raiden seeking revenge and retribution on those who have wronged him. 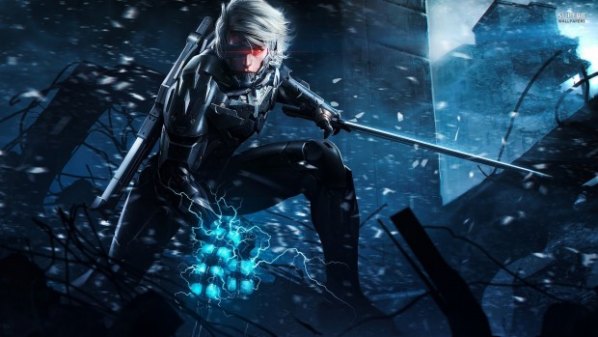 You can slice up just about everything in the environment. Not only is this loads of fun but it’s also really handy when you’re taking on bad guys. Chopping down trees and crushing your enemies with a trunk is as fun as it sounds. I love the brutal creativity and strategy that this feature evoked in me – evil, I know.

Ninja Run is a wicked feature! Why? Because it’s a) easy to activate and b) automatically moves you through the landscape – all you have to do is steer. This is such a great feature because it makes gameplay smooth and less iritating. I want to concentrate on slicing up cyborgs not trying to maneuver up a wall that is hopelessly difficult to climb up. It also makes travel quicker and best of all you don’t run out of stamina – you can use it as much as you like.

As you progress through the story, rip spines from cyborgs, brutalise the environment and endure some wicked Boss fights, you gain points. Points help you unlock a bounty of goodies and upgrades such as weaponry and skills.

Blade Mode. What can I say about Blade Mode that hasn’t already been said? It’s a neat feature and once you master the mechanics of it you really are introduced to a glorious sequence of slicing and dicing enemies and delivering some catastrophic levels of damage in the process.

Cheesy one liner dialogue fits into the game so well and suits the genre perfectly. The game wouldn’t be the same without it. Resident Evil’s Leon S Kennedy is finally given a run for his money.

You can make gameplay as brutal as you like. If I want to torment my cyborg enemies I can slash off their cyborg legs and watch them crawl around with their cyborg arms. Sound brutal? It is. But the point to make here is that this game allows you quite a bit of control over the style of gameplay.

I really enjoyed all the different modes of gameplay. Some chapters will require fast and ferocious attacks whilst others require stealth for which Raiden is famous for. Sneaking up on your enemies and killing them from above and/or behind is really useful in the game as it saves you a lot of time, and saves you a lot of health. 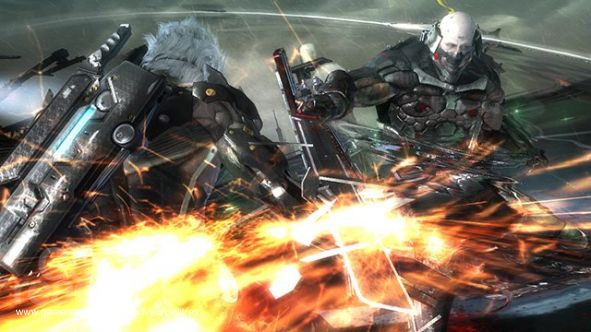 No multiplayer. This is a game that honours solo style game play. I actually don’t mind this at all but in an era where so many games are attaching multiplayer as a feature some may feel let down by this.

I wouldn’t expose kids to this game. Even though you’re killing cyborgs it’s still incredibly violent.

Metal Gear Rising: Revengeance by Platinum Games and produced by Kojima Productions releases in Australia on the 21st of February 2012. It will be releasing on the Playstation 3 and Xbox 360.