If there’s one thing everyone working within the games industry would agree with, it’s that it’s an industry that requires a lot from those who work within it. A lot of passion, a lot of dedication, and a lot of hard work. This is doubly the case when it comes to the Aussie games scene which features such a high level of talent that one must do something exceptionally amazing to stand out. One such person who has achieved this is Joshua McGrath from Doppler Interactive, the 2013 winner of the QANTAS Spirit of Youth Award for the category of Interactive Gaming.

For those not in the know, the QANTAS Spirit of Youth Awards, or SOYA as they are affectionately known, are the leading grants program celebrating and rewarding emerging creative talent across a host of varied categories. The winners of each category within the SOYA’s win a $5000 open voucher for air travel wherever they wish to go, in addition to a further $5000 in cash to help propel their careers. But the cherry on top of the awards is the third part of the prize – the chance to build a professional mentoring relationship with industry greats – and for the winner of the Interactive Gaming category this means the chance to work with Ashley Ringrose and Bradley Eldrige, the team behind Soap Creative.

Being nominated for a SOYA award is an achievement in itself, but winning for a category is an achievement to be both humbled and proud of. I was very lucky to be able to interview Josh, and to speak with him about his current projects, his plans for the future, and what he’s found to be his most challenging moments of his career so far. The SOYAs are a fantastic way to support and nurture the individual creativity that is present within our Aussie games scene, and I would like to thank Josh for taking the time to provide such insightful answers. Check out the full interview with Joshua McGrath below.

For those who don’t know you, give us a quick 100 word bio that tells us a little bit about yourself (we’ll be counting).

I’m Joshua McGrath – one half of Doppler Interactive; currently Sydney-based game design duo. I started out studying in a few different fields before wondering Is computer programming hard? – But I tried various fields like creative writing and musical acoustics, before moving onto Computer Science; which became my one true game development love. So now I sit in my living roof / office, programming games, doing a little bit of sound design and art – and wrestling for control of the apartment with our cat.

Being a Qantas Spirit of Youth Award winner in the Interactive Gaming category is an amazing achievement. What was your reaction when you discovered you had won?

It was such a strange feeling. I was super-happy at first… I did a little sort of shuffle-style dance on the (terrible, old) cork tiles in our kitchen as I was on the phone to the SOYA people; but then I sat on the balcony to digest the news… And it was kind of bittersweet. You know how when you’re on a long hike – you take a little breather and maybe have a snack, and then you realise that inevitably you’re going to have to stand up and keep struggling to your destination? That’s exactly the feeling.

A great, uplifting milestone – but inevitably we have to keep stomping forward.

What has been your motivation for creating the works that you have so far, and when was it exactly that you decided you wanted to pursue a career in game design?

That’s a really good question. I think my motivation thus far has been that same unnameable motivation that drives people to paint or write novels or… anything, really. It’s this process of creation or expression – creating this tiny little imaginary world over which you have dominion, that says anything you want it to, and that somehow expresses some inexpressible thing from deep inside your brain.

Like… in a world over which you have such limited control; this is the tiny little garden in which nothing bad can happen.

You have a background in creative writing and musical acoustics. Do you use these skills in games design, programming and modelling or is it a case of them being chalk and cheese?

Oh definitely. Creative writing, musical acoustics, drawing, painting, programming – they’re all different facets of the same process. It’s strange – programming particularly; it outwardly looks very dry and unapproachable and so wildly (superficially) different to the traditional arts; but at its heart it is the same beast. A tool with which you can express whatever you feel like. I guess where music can be used to sell a car or convey something very personal, programming too can be used to implement an investment bank’s front office system, or create a tiny little manifestation of the programmer’s personality. 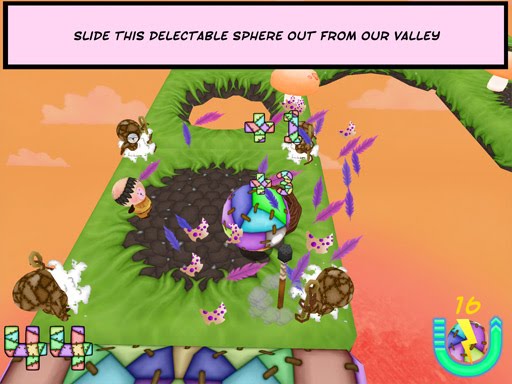 As part of Doppler Interactive, you’ve released Ball of Woe for iOS and Android devices, in addition to working on a standalone title, Cube and Star (A Love Story). Can you tell us a little bit about these projects?

Ball of Woe was our first really big, robust product. We’d shipped a few things prior – but nothing that was so tightly integrated and designed for the mobile platform.

In Ball of Woe you take the role of a tired, dusty, cynical god – who is tasked with rolling the physical manifestation of ‘woe’ (a ball) away from Nicetown and into Heaven. It’s a one-tap, physics based game. And it’s super hard.

I’m still really happy with how it turned out. It’s a perfect expression of Doppler Interactive as a creative duo. It has the bright colors, cuteness and charm of Jessica Ellis (artist and designer) with the dark, surreal undertones and cynical worldview of me.

Cube & Star: A Love Story is an interesting one. I have this pattern of working on a big, company product and then taking a break to work on a solo project and invariably they are sarcastic, and often a little bit of a wry jab at the games culture in general.

It’s a tricky game to summarise. It’s an exploration / sandbox styled game based in a mostly-greyscale world. You – the protagonist cube, roll and bounce your way around the world; jostling trees, eating fruits – and subsequently spreading color and life across the world.

Along the way you collect treasure and relics, you meet cubes and critters – and ultimately you attempt to reunite the Ancient Cube with the Ancient Star. 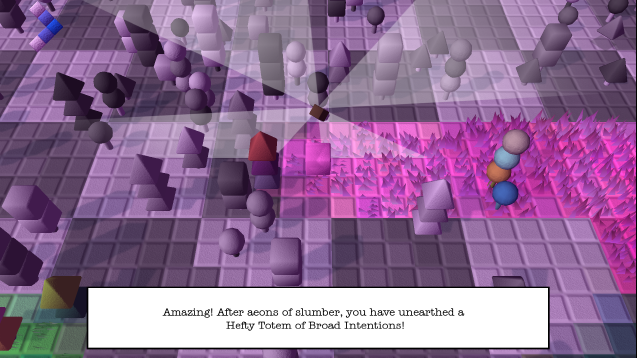 Cube & Star: A Love Story began as such a jab – from the name; a tip-of-the-hat to the love story tendency, to the cube protagonist. But then as I began to dig deeper into the “paint the world” gameplay and intelligent world occupants it became a really fun, joyful little world.

I’m really, really excited about it.

And and and – Cube & Star: A Love Story is on Greenlight right here! Talk about a frightening but (thus far) positive experience.

Looking back on all the projects you have worked on, what has been (a) your biggest challenge and (b) your proudest moment?

The biggest challenge, by far – was completing Ball of Woe. As with any project – once you’re through the honeymoon phase… with the excitement of design and discovery and problem solving behind you; you are left with nothing but dry implementation, bug-fixing and work. Work and work and work. And when you’re working in your apartment with only your brain as your boss – it’s really difficult to push yourself in the face of no tangible reward and say: “Look Joshua: I know you’re bored, I know you’re tired, I know you have a billion ideas you’d prefer to work on but you’ve got to get this out and done.”

My proudest moment – oh that’s a tricky one. We’ve had some really wonderful moments.

I would probably pick our first Global Game Jam (2012). We competed at Wollongong University – just Jessica and myself. And we worked together just so *beautifully*. We were perfectly *in sync*. And at the end, when we presented our game – people actually liked it!

It was that lightbulb moment where you realise you might actually have something to offer the world, and everything just starts to look up. I think that was the first little piece of encouragement along the way to our self-realization as game developers, and as a result just a fantastic experience.

If you could say anything to aspiring game designers out there, what words of wisdom would you give them?

Fill your heart with joy. It’s easy to become bitter or cynical, and it’s easy to criticise or talk instead of working. If you are sure to keep your levels of creative joy fully stocked and bubbling, it will see you through the hard times, the soul-crushing times, and it will fuel you to keep pushing yourself to learn, improve and release games.

It’s a bit abstract – but joy is the best foundation upon which to build a life, I think.

Any firm plans on how you will spend the prize money and where you’d like to go travelling?

We’re moving to Los Angeles! Huge news! As a result of the SOYA win I will be working with a company in Los Angeles, and young Jessica will be kicking it down at Venice Beach (I guess. I really don’t know much about the city. I only know what I’ve learned from Weezer songs).

The thought of all of the game events we’ll be able to attend now that we don’t live in the insanely remote country that is Australia – it’s pure excitement. 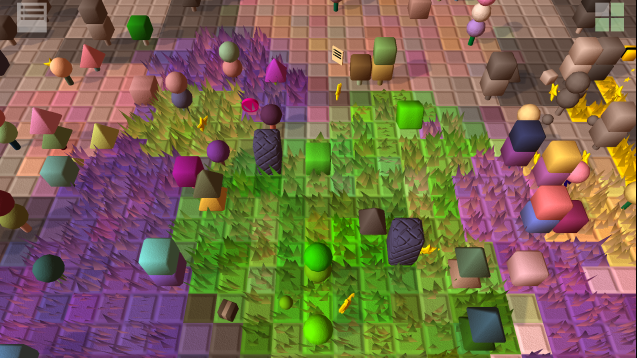 What’s next for you? Any additional projects in the works?

The Cube & Star: A Love Story Greenlight is our big focus right now. We’re still in the process of locating our niche audience – those 10,000 or so people who like our style and who get happiness from what we do. If we can locate those players – well we’d be just figurative pigs in metaphorical mud.

Oh I’m not sure. The world feels like our oyster right now. Our enormous, frightening, busy but wonderful oyster.

I would like to thank Joshua for taking time out of his day to answer my questions. For more information on Doppler Interactive, check out their official website where you can find information about all their currently available and future projects. To support Cube and Star: A Love Story on Greenlight, click here. For more information on the QANTAS SOYA and the interactive gaming category in particular, you can visit here.