Romance in video games: Are choice and complexity mutually exclusive? 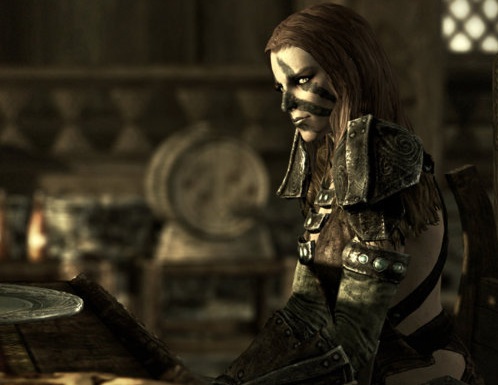 The Elder Scrolls V: Skyrim is an incredibly immersive game which provides gamers with complete control over crafting their character, determining their personality and motivations and creating their unique backstory. Such free reign to create a character from nothing, with only your imagination limiting what they can, be is rare in video games today. Rarer still is the ability to romance whomever you want, regardless of your gender. But does this quantity of romantic partners come at a cost?

At its core, Skyrim is a game about exploration, whether that involves exploring the game world with its host of characters and locations, or exploring the motivations and morals of your character. To say the world of Skyrim is huge would be an understatement – there is so much to see and do that the game’s official guidebook is one of the largest video game guidebooks I have seen. So much time has gone into creating the world and populating it with interesting and dynamic locations and characters. With such depth and variability of NPC characters, it is a shame all this individuality and uniqueness practically disappears once your character makes the decision to marry them. Once you’re married, every skerrick of dynamism is usurped into a ‘hello dear, how was your day? I have made you soup’ dutiful husband/wife stereotype that sucks the individuality out of these characters as completely as Skyrim’s vampires appropriate blood.

This isn’t a comment on gender roles or stereotypes. That’s a point for another article. What happens to characters when you marry them happens universally to all characters – whether they are male or female, human or Khajit, young or old. Marriage in Skyrim is a playing field leveler – removing all uniqueness from characters regardless of their gender or race. And in so doing, it takes away one of the main features of the game in my eyes – the immersion of the story world.

Take Aela for example. Aela is a character with strong convictions, who makes no apologies for being who she is. She’s strong-willed and passionate – a fierce warrior who’ll tell you straight up you have to earn her respect. She’s a hard woman who’s blunt in her words and her behaviour. She’s all of these things, up until your character marries her and then she’s calling you dear and cooking your meals. What happened to the Aela my character found intriguing? The huntress who challenged those around her and dared anyone who disagreed with her to put up or shut up? She seems to have disappeared, her identity subsumed into this polite, dutiful wife persona. This isn’t to say that Aela can’t be polite and loving and romantic in her more private moments, but the moment this passionate, fiery, warrior-woman called my character “dear” not two seconds after they were wed was the moment I lost all immersion with my character and the wider world of Skyrim.

It seems marrying a ‘main’ character in Skyrim seems to break them, for lack of a better word. It gives them almost a split personality, dividing them into two personas – who they were before you married them, and who they become after you marry them. Every single person who is available to the PC for marriage assumes the same personality attributes and behaviours that have been coded for marriageable NPC’s – and the effect is as marked as flicking a switch. Say goodbye to the character you knew prior to the marriage because once you are wed, there goes their uniqueness and individuality. For a game known for its ability to immerse the player into its gameworld, I found this sudden and very abrupt change in characters disappointing, unsettling, and, if I’m being honest, a dampener to my motivation to play the game.

There appears to be a fine line when it comes to romance – devs want to provide players with enough choice for romance options, but they also need to deliver a well-written, deep, character-appropriate romance that provides enough content it doesn’t feel ‘tacked on’ to those who decide to pursue the (always optional) content. It appears that developers have, in the past, succeeded in one of these two elements, but not both at once.

BioWare have always had a history of providing well-written, high quality optional romance sub-plots which are intertwined with the main story of their games. Indeed, this aspect of their games is often one of the most talked-about among fans, and it is one of the most well-known elements to BioWare games. When the subject of romance within video games is broached, it is almost always a BioWare game that is used as an example of romances done well. BioWare have, on the whole, succeeded in providing romance storylines which are appropriate when taken as part of the larger plot, and provided romances that feel unique and are in keeping with the established character of those involved, romances with a depth to them that satisfies most players who pursue them.

One of the main reasons Mass Effect is in my top 5 video game series is due to the effort Bioware has gone to regarding character depth and development. In Mass Effect, your squadmates are not just bots with abilities and powers you can use to balance your own party – they are fully realised characters who have their own views and opinions that exist outside your character’s influence. These people are important constants in your Commander Shepard’s life, and as an impoortant part in their life, you get to know them as people. And with some, your Shepard is able to begin a romance that is continued across the trilogy. It would be remiss of me not to mention here that the Mass Effect series is not the only BioWare game that has featured romanceable companions – Baldur’s Gate and its sequels, Jade Empire, Knights of the Old Republic and more recently the Dragon Age Series and Star Wars: The Old Republic have all allowed players to romance party members. BioWare crafts story-centric gaming experiences, and romance is a natural part of these epic stories. 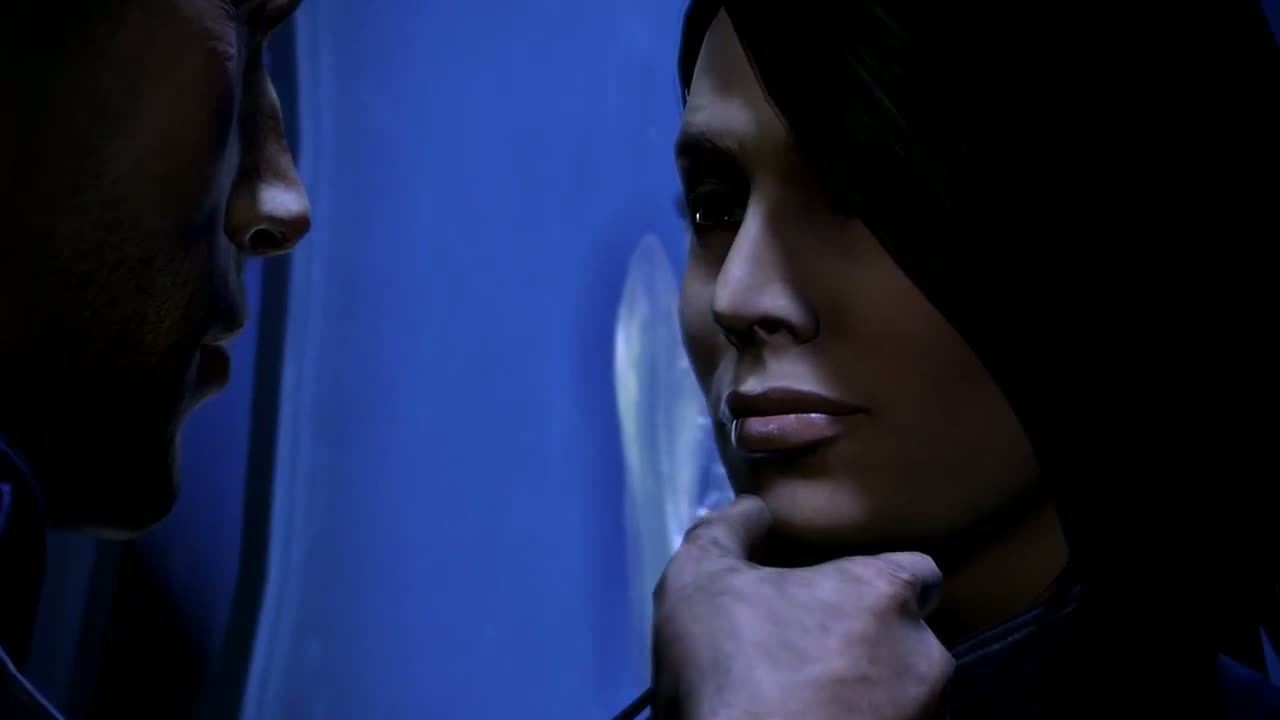 It is a testament to BioWare’s ability to craft such distinct and intriquing characters that players want to romance them, and that they want to romance squadmates other than the ones made available for romance by the developers. One of the major criticisms leveled at the romance sub-plots of BioWare games is “but I wanted to romance [character name] and they weren’t a romance option”, or worse, “I wanted to romance [character name] but they weren’t a romance option for my gender.” BioWare addressed this in Dragon Age 2 by allowing all romance options to be available to both genders, yet there were still complaints that [character name] wasn’t available as a romance. It appears BioWare has the depth of content in romance subplots, yet they are still finding their footing on the variety of choice.

Perhaps as a result of this perceived lack of options, Bethesda decided to provide dozens of NPCs for the player character to “marry” in Skyrim. Not only did they throw open the floodgates with respect to choice of spouse, they removed gender restrictions, enabling all marriage options to be available regardless of the player characters’ gender. In so doing, they provided more player choice in regards to marriage options than I have ever seen in a video game. However, the large amount of choice resulted in all characters acting the same post-marriage, therefore removing their individuality and rewriting their unique character traits. Bethesda gave us the choice, but sacrificed the complexity.

So what is better when it comes to romance options? Choice or complexity? Can we have both or does providing one mean sacrificing the other? Given that romance plotlines are often seen as ‘niche’ plotlines and always offered as optional content, should we simply be happy that developers even include them in their games in the first place and leave it at that? I’d like to think that we can have both choice and complexity, and that companies like BioWare are making a move in the right direction with their balance of romance options and depth of content. Fans of games with well-defined characters will always want to see more romance options available, because these characters are written with such depth of character that players want a romance with them. We, as gamers, feel like we know these characters, and after crafting our own characters and seeing them interact with these complex NPCs, we want to have more interactions with them. We want more content, and more opportunities for romance. But we don’t want this choice to come at a cost of complexity, or to have the romance ‘tacked on’ as an offhand last addition.

In the end, the question of whether we can have both choice and complexity in video game romances exists within a wider gaming market that is only feasible if it is profitable. Money talks, and until those of us who play video games for the story and for the romance become the dominant segment of the gaming community, there will likely always be a trade-off between choices and complexity. Perhaps we as a ‘niche’ segment of the community should be happy that romance in video games is even included by devs. Skyrim and Mass Effect may be highly praised by reviewers and critics, but it’s the Call of Dutys and the Gears of Wars that make the most money.

And in the end, regardless of who the devs provide as romance options, no matter how complex the subplot on offer, there will always be that one guy in the official forums complaining that the varren romance he’s always wanted still hasn’t happened. Or even worse, the Conrad Verner romance.

Now that is a scary thought.