Video game graphics have come a long way since the days of Atari and Colecovision.  While most modern games are rendered in three dimensions, there is still something to be said for a beautifully made two dimensional side scroller.  Our choice for this week’s Kickday is not only a gorgeous example of what a retro styled game can be, it’s also a charming history lesson in the art of the medium itself.  Read on to learn more about Adventures of Pip.

In the current age of high definition 3D rendered graphics, the importance of the pixel has been largely lost.  But for decades, the simple square was the building block of all video games, and Adventures of Pip pays loving tribute to the pixel by making it a core component of gameplay.  In the game, an evil queen (isn’t there always an evil queen?) has stolen the kingodm’s most valuable resource – its pixels.  Everyone from peasants to nobles have been reduced to single pixel blocks, the lowest and most helpless form of life.  It is up to Pip, a brave little red square, to defeat the evil queen, and regain the kingdom’s pixels.  Pip, you see, has the power to absorb pixels from fallen enemies.  Using this ability, you’ll be able to level up Pip from a simple square to a powerful hero.

The game is structured like a classic side scroller, with Pip journeying through forests, swamps and caves to reach the evil queen’s lair, all the while fighting against the queen’s army of monsters.  Any fan of old school gaming will appreciate the artistry and design on display in Adventures of Pip. As Pip progresses through the game, you’ll be able to watch the history of 2D video game animation unfold before you.  From the simple blocks of Atari, through the 8 bit NES era, into the 16 bit era and beyond.  The art style rekindles memories of games like Adventure, Mega Man, and Sonic the Hedgehog. 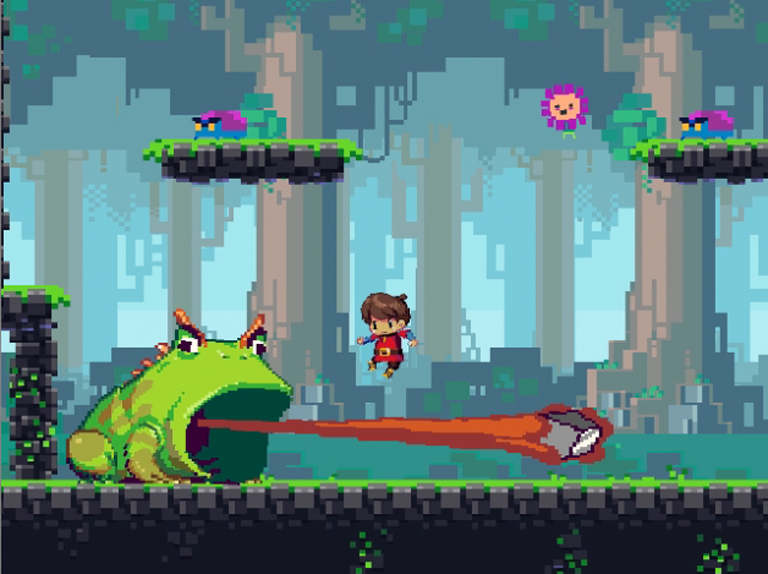 Check out Adventures of Pip in action below.

Adventures of Pip is being developed by Tic Toc Games, a small independent development studio based in North Hollywood, California.  The studio was founded by Shereef Morse, who brought with him 15 years experience in the industry, working with companies like Sony, Disney and Nickelodeon.  While I couldn’t confirm whether or not he actually met Ren & Stimpy, I think it’s safe to assume he did.  Shereef is joined by his CTO Larry Kirschner who has worked on over 40 titles ranging from MMOs to mobile games, and Creative Director Marc Gomez, who came from Wayforward Games, where he worked on such games as A Boy and his Blob and Contra 4.  Along with a dedicated team of programmers, artists, level designers and testers, Shereef, Larry and Marc are hoping to make Adventures of Pip Tic Toc’s best game yet.  To do that, though, they need your help.

The game currently has 775 backers on Kickstarter, who have pledged roughly 22% of the game’s $90,000 goal.  With 24 days left in the campaign, there’s still plenty of time to get onboard and help Adventures of Pip become a reality.  Like most games of Kickstarter, you have many pledge tiers to choose from, which I would painstakingly type out below, because I love you.  There, I said it.  Thankfully, Tic Toc Games has done me (and all of us) the amazing favor of creating a graphic which displays all the pledge tiers, and their corresponding rewards.  Check it out below. 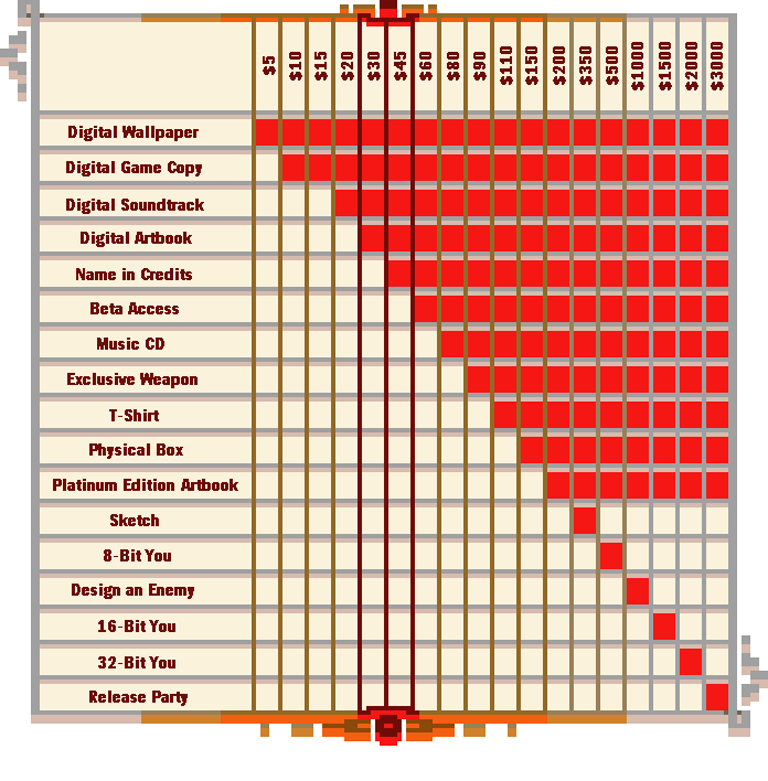 Which version of me would look less old and fat?  Probably 16-Bit Me, right?  The less definition, the better.  Anyway, if Kickstarter isn’t your thing, Adventures of Pip is also on Steam Greenlight.  The game is being developed for PC, Mac, Wii U and Xbox One.  So what do you think?  Does Adventures of Pip seems like your kind of game?  If it does, then why not make this Sunday a Kickday, and help support indie game development?