These days, it seems like every game has a multiplayer component.  But modern multiplayer is played almost exclusively online.  Even co-op gaming has become largely dependent on the internet.  Even as broadband allows us to play with friends all over the world, something very important has been lost.  That intangible connection between two people, sitting on a couch, playing on a single screen is quickly fading away.  Our choice for this week’s Kickday, Together: Amna & Saif, hopes to bring that experience back.

Together: Amna & Saif is a game about interdependence, about working together to achieve a common goal.  It is a purely cooperative experience, with no single player or multiplayer component.  The game can only be played by two people, or one person who is freakishly ambidextrous.  But the odds of someone with the ability to play with two controllers at once reading this article, and then going on to play Together are rather low, so let’s just focus on the two player experience, shall we?  Building Together from the ground up to be played by two people opens up many new avenues of gameplay that would otherwise be impossible.  Players will have to think about not just what they need to progress, but what their partner needs as well.  Whether it’s solving a tricky puzzle, or timing your movements just right to clear an obstacle, you will constantly be relying on the person sitting next to you, and they will be relying on you. 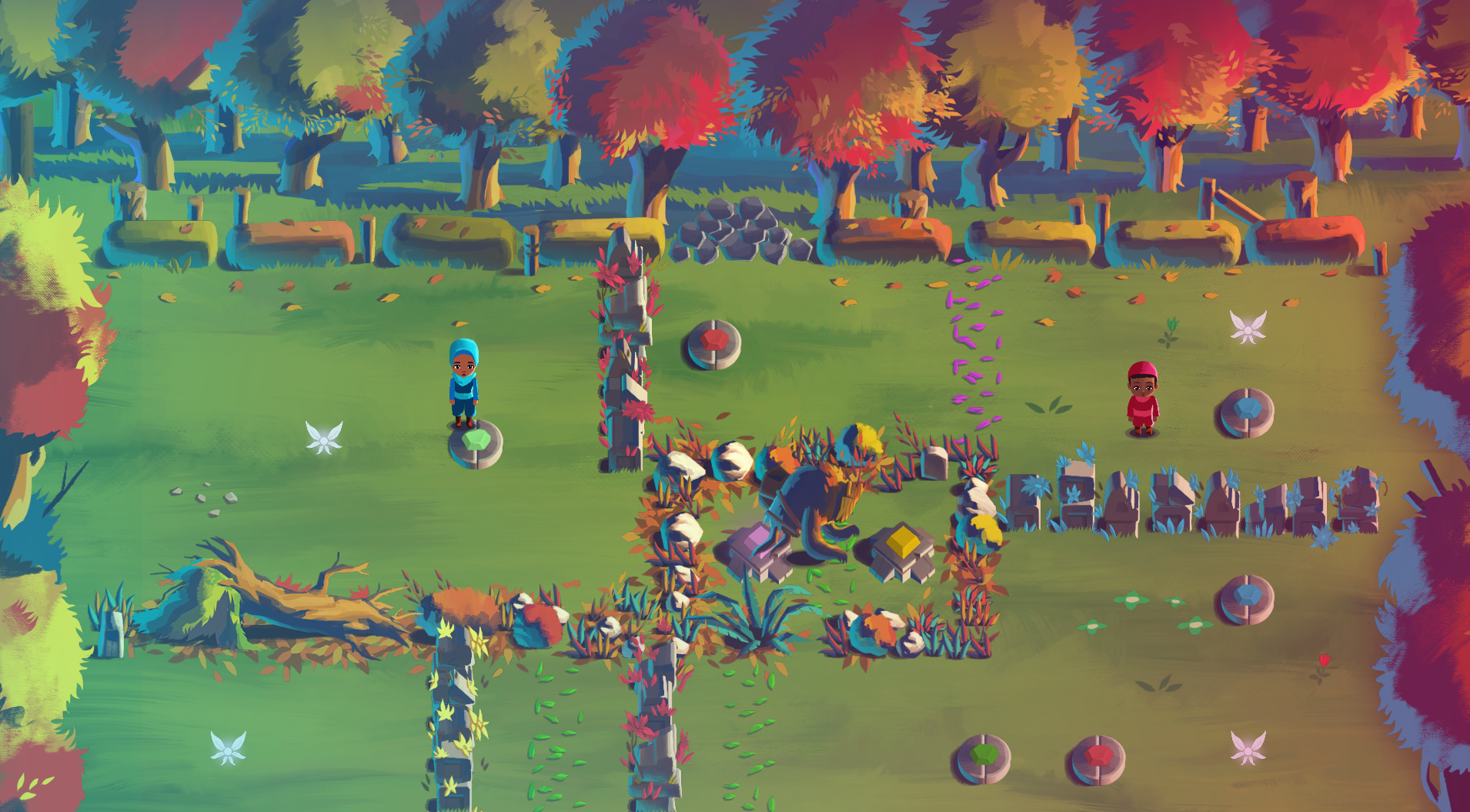 Together tells the story Amna and Saif, a mother and son.  Their daughter and sister has fallen ill, and now the two must journey deep into a mysterious forest to find a cure before it’s too late.  They will have to work together to overcome the challenging landscapes and menacing beasts that reside in the forest.  So, no pressure or anything, right?  The game has an elegant and vibrant art style, and simple, easily understood controls.  Together is meant to be accessible to everyone including children and non-gamers.  That’s not to say that more advanced players will be bored with the game, though.  Optional quests and challenges are built into the experience, allowing players of every level to enjoy Together equally.

Together: Amna & Saif is being developed by Mount Olympus Games, a two person operation consisting of Programmer and Game Designer Lyle Cox, and Art Director Evan Munro.  To hear more about Together, and to see the game in action, check out their video below.

The game’s Kickstarter campaign currently has 82 backers, and has raised nearly $2600 of its $10,000 goal.  With 29 days remaining in the campaign, you’ve got plenty of time to check out the game, decide if you want to contribute, and choose which pledge tier best works for you.

Some of my fondest gaming memories involve sitting next to a friend, playing together, laughing and yelling, cursing and high fiving, experiencing all the highs and lows of a video game together.  This so-called “couch co-op” is becoming exceedingly rare these days, and it’s heart warming to see a game trying to bring it back, especially one as gorgeous as Together.  So if you’re like me, and have fond memories of couch co-op, why don’t you make this Sunday a Kickday, and support Together: Amna and Saif?