Save Game’s 24 Hour Livestream – The Highlights 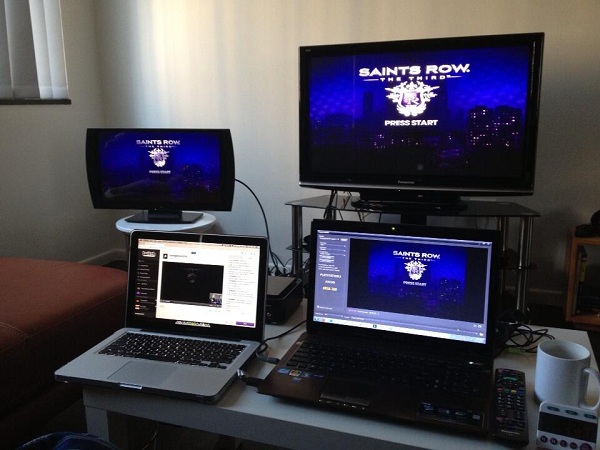 Save Game had it’s first official livestream event the other day and it was ambitious.  24 hours of continuous play with no breaks, so naturally there was a lot of humorous and entertaining (and sometimes not so entertaining) moments.  I’ve put just a few together for you all, just in case you missed it.

I’ve gotta hand it to Tash and Christine.  I would never be able to stay up that long without waking nightmares, traumatic hallucinations brought on by sugar intake, and possibly some exhausted sobbing.  I did manage to watch almost all of it though and it was a great time.

One of the most fun things about watching Tash and Christine play all these games on Save Game’s Twitch TV channel was the chat room.  We had some great visitors and viewers drop by to make the experience that much more fun, so thanks to everyone who put their two cents in on whatever games they were playing at the time.

During the game Alan Wake,our hero Alan  likes to narrate the story.  You know, because he’s a writer so there’s the occasional husky voice over describing the things he’s seeing in no shortage of literary metaphors and tortured descriptives.  Our chat room got in on the fun as well, adding their own narration to the game play. 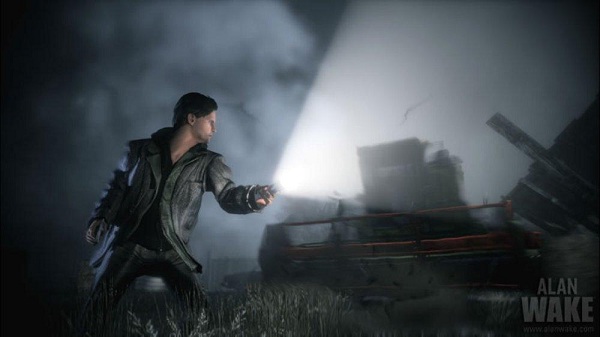 “As the shadow creature stood before me I wondered what Instagram effect should use. It was dark, so probably Toaster or Rise.”

“As I walked through the creepy sawmill I thought to myself ‘this is just like Dark Premonition.'”

“Maybe the gas station had wi-fi. It was my only chance.”

There were definitely a couple of games that were complete and total failures.  I think I blinked or got up to make a sandwich and totally missed the team playing Thor, which was apparently turned off after about 5 minutes.  The poor Asgardian warrior wasn’t the only super hero to get cut off in mid battle.  Somewhere in the blur that was the many hours I was watching was Iron Man 2, and the most amusing thing I found about this game is the fact that Tony Stark looked nothing like Robert Downey Jr., but much more like Freddy Rodriguez. 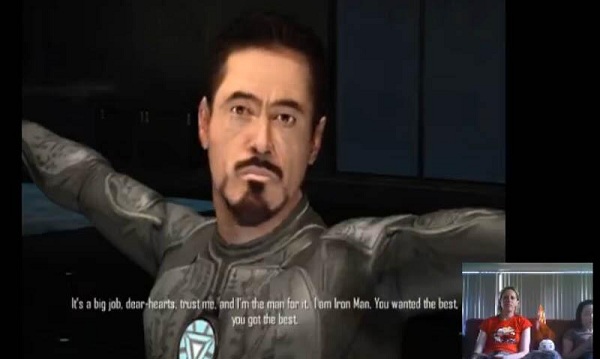 For all the time Tash and Christine didn’t spend playing the bad games, there was a lot of time spent playing the good games, especially Saints Row: The Third.  You all may probably know just how much we here at Save Game love the Saints Row series, so I’m sure it’s no surprise to find out that the exhausted ladies went on long tirade and veritable bacchanal of destruction around Steelport for quite awhile.  I suppose when you’ve been up for about 20 hours straight there’s something very rewarding about murdering some guys dressed as beer bottles while they drive a golf cart. 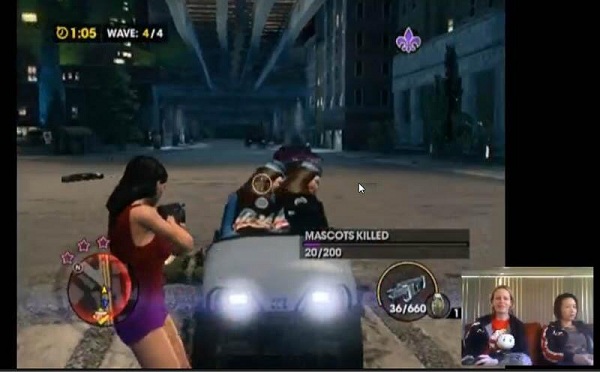 And then of course because it’s Saints Row there was some of…whatever this is. 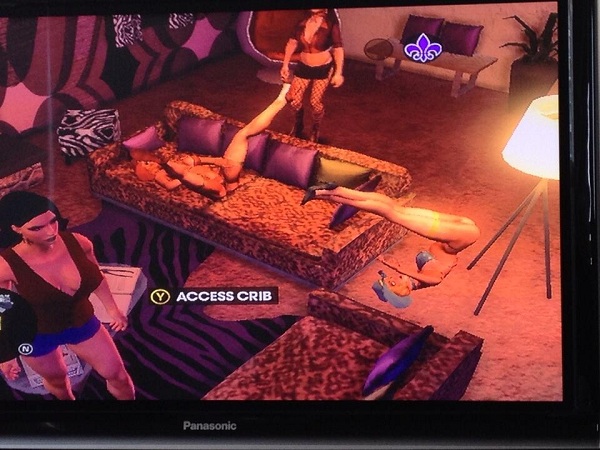 Now, I may be in the minority on this, but by far my favorite time in the livestream was when Tash and Christine played Two Worlds II.  Even in the character creator I knew we were all in for a treat.  As they created their dashing hero, the chat room erupted with comments about how he looked like  “Legolas’ busted younger brother” aka “Legoless” or the lead singer from Nickelback, Chad Kroeger.  Once Chad/Legoless was ready to go, Tash made sure that she played the game shirtless for all our swoony viewers out there.  In fact, here is our pulse quickeningly handsome protagonist now, using his mesmerizing chest hair to seduce a hot Orc babe that he’d just “accidentally” fallen on top of.  DRINK IT IN, LLLLLLLADIES. 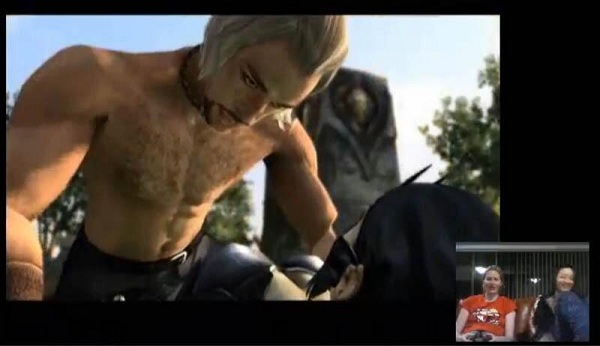 I’m pretty sure Tash is planning a livestream of just this game and I couldn’t be more excited.  It really does invite  some good laughs.

The livestream was a resounding success and I’m really just impressed that I didn’t turn it on at one point to find Tash and Christine passed out silently on the couch in front of the camera.  I’m looking forward to the next one and I hope you all are too!

Here’s the list of games that had their moment in the sun:

And because Saints Row: The Third was such a big part of this livestream, here are the gals playing a bit of the Mayhem activity.  There are endless grenades, cowboy chaps and violent Russians.  What more could you want?  Enjoy.