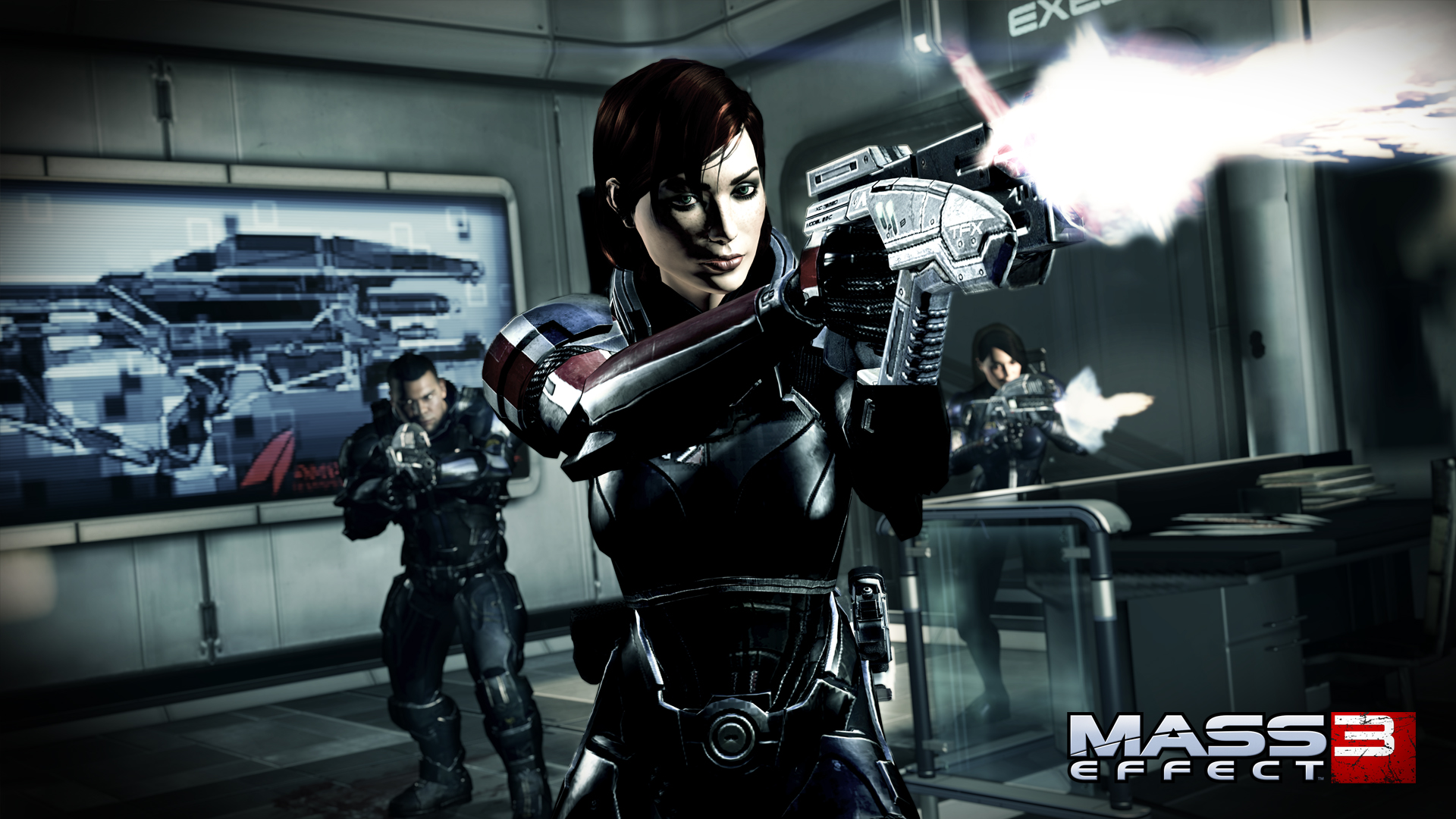 Since its inception, the Mass Effect franchise has been all about the player. The story being affected by your choices is one of the premier features of the game: whether it’s being nice to a council of aliens to get them to help you, or pushing a mercenary out of a window because he won’t give you information, your choices matter. While BioWare has consistently used the facial scan of Dutch male model Mark Vanderloo for the Shepard in the commercials and trailers, there’s always been the option to make a custom Shepard to suit your preferences of how you want the protagonist to look. This also applies to your Shepard’s gender.

It’s always been possible for Shepard to be a female and there’s even a strong fan base for the female incarnation of the protagonist, known as “Femshep” and voiced by the incredibly talented Jennifer Hale. For all intents and purposes, she can be considered an anomaly, since other big name action series such as Halo, Gears of War, and the Call of Duty series are filled with men in armor with big guns just waiting for players to pick up their controllers and let the bullets fly. Women and men enjoy playing her and seeing her commit amazing acts of valor for the purpose of making the galaxy a safer place for organic life.

“Femshep” can do everything that her male counterpart can. Whether it’s slamming herself into enemies as the Vanguard player class, hacking a combat AI to attack its comrades to buy herself time to reload, or even getting into a fist fight with a massive alien and scoring a first round knock out, you name it, she’ll get it done. Fearless, she has the respect of everyone she’s ever come across who is still living to tell the tale.

In the “Reinstated” trailer (below), she makes her first real appearance in Mass Effect’s marketing campaign.  Femshep is portrayed in the trailer as a completely capable soldier and leader . BioWare Marketing Director David Silverman was the lynchpin of the Femshep campaign: after he sent out a tweet asking fans what they wanted to see in the marketing, a tweet (sent by yours truly) was sent asking for Femshep. In turn, he asked if anyone else wanted to see Femshep. Hundreds of tweets flooded into his mentions tab saying yes.

During the convention season, Femshep was everywhere as a contest to choose the look of the Femshep who would appear in the trailer was created, and everyone weighed in on which look they wanted.  Jennifer Hale was also integral in the contest; she made several appearances and did many more interviews about portraying a strong female protagonist.  Once the look was finalized, BioWare began to work on the triumphant debut of their female protagonist.

Now there is a reason that this trailer is her first appearance in the marketing campaign. After Mass Effect 2‘s release, BioWare released statistics they gathered from player data. The percentage of players who chose to play as a female was a low 18%. With BioWare having a male Shepard as its poster boy in all the commercials, it’s easy to understand that people would not know about the option to play as a female. That, however, has not stopped Femshep’s fan base from taking matters into its own hands. 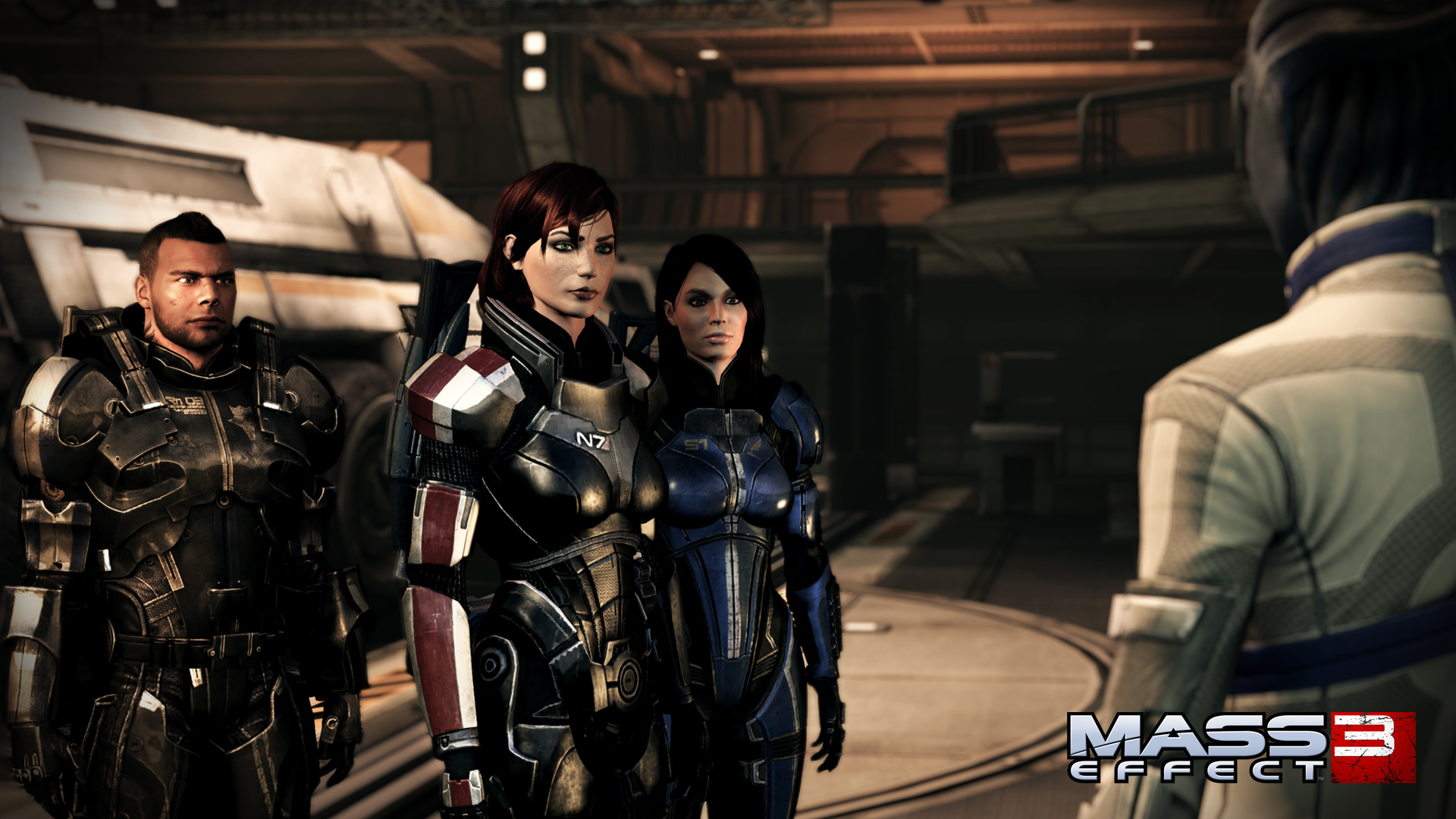 First came the original Femshep thread, located in the Mass Effect 2 character section of the Bioware Social Network.  As of the writing of this article, it has reached an astounding 1701 pages, containing discussion, screenshots, fan fiction, video tributes, and fan art. There is also a separate thread in the Mass Effect 3 section that eclipsed the 100 page mark in under a month.  Femshep fans even created a website completely dedicated to celebrating her: Femshep.com.

BSN user and Femshep.com admin Hyper_Gateway says “I am totally bound to Femshep, she is part of my life.”

“Femshep is unique for me.” says BSN user “CrazyRah”, a regular in the Femshep thread, “There’s no one like her out there. A woman who’s just as awesome as anyone else and so very good at being badass! For me, Femshep is the best ever protagonist in gaming and she’s not afraid to show everyone that it’s true!”

“What does Femshep mean to me? Femshep is magic. And what I mean by that is that she just clicked. Everything, the voice, the story, the timing … she just works. Femshep has that indefinable something that is different for everyone. But all who love her agree that she is special, like lightning in a bottle,” says Femshep.com founder JamieCOTC.

Femshep and BioWare are doing their best to show that you don’t need to be a muscle bound man with some aim to be a big hero, and that anything other action hero do, she can do too – and with grace and style.