The Awesome Nightmare Fuel of The Darkness II 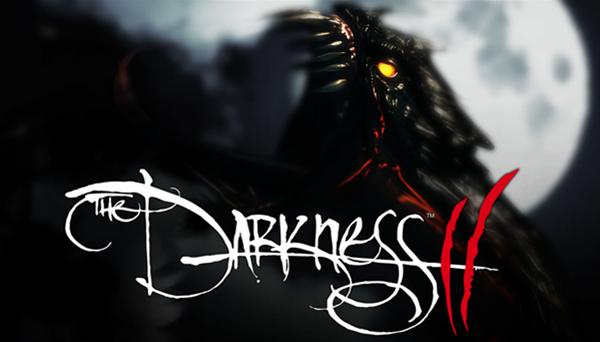 I hope you aren’t a big fan of sleeping soundly at night because The Darkness II is coming out and it’s good old fashioned nightmare fuel.  I got a chance to get my hands on it at the New York Comic Con and have just a few things to say about the demo I played.

After playing the demo of 2K Games’ The Darkness II, a few things occured to me.  The first was that I would probably have nightmares.  Now this is not because the game is bad, or because it is deserving of any negative attention.  It is because I am a colossal wuss when it comes to the horror genre and video games.  I managed to power through the demo though, finally finishing it with a sigh of relief.  I’m really glad I stuck it out.

You are Jack, or Jackie as everyone calls you.  Long story short is that in the first game you had to watch your poor loving girlfriend get murdered right in front of you and somewhere within this uplifting story you gained the power of what is called The Darkness.  Up to speed?  Good.  Because now that that’s over with. some sadistic freak is trying to steal this power from you with torture and harsh words.  Personally if I were Jack I would simply say “Hey, you want it, buddy?  Go ahead.”  But then I suppose there wouldn’t be a Darkness II and that would probably be tragic.

The demo was about twenty minutes long and the setting shifted from time to time from your unrelenting torture as a captive to the major gameplay story.  It’s unclear whether or not “Jackie Boy” is having flashbacks or what not – my guess was that it was simply something to facilitate the demo.  You find yourself being led through a restaurant by your friend, Vinnie who leads you to a table with two attractive blonde women waiting for you.  All hell then literally breaks loose as this restaurant is destroyed and your first battle takes place.

The handling of the combat is from what I can tell, very responsive and intuitive.  Hitting the bad guys is satisfying and the controls didn’t take much getting used to before I figured out how to switch weapons, aim, reload, etc.  There was some creative use of narrative in the restaurant as you yourself had no control over where you were going since friend Vinnie was dragging you out of harm’s way and you simply shot behind you, taking out whoever these meanies are.

As we move ahead in the demo, surprise! You now have giant tentacles that can eat people and rip them in half if you so choose.  These tentacles can also throw objects, impaling your targets.  This hellish weaponry is in addition to whatever firearms you pick up and are able to use with your still-human hands.  Now, this may be because of my aforementioned wussy tendencies, but I found some of the violence in the demo to be overkill and particularly disturbing.  Aside from letting your tentacles eat the hearts of your dead foes to regain health, you can also “execute” them in various ways either ripping or slashing their bodies in half, snaking your tentacle through various orifices and then tearing them apart, and so on and so on.  Oh, you can also pick up the dead bodies of your fallen enemies and throw them at other enemies.

Don’t take my distaste for this type of genre as any indication that this will be a bad game.  Quite the opposite in fact.  My gameplay was filled with a sense of dread and anxiety, the likes of which I’m sure they were going for when designing it.  It’s the kind of stuff that sticks with you whether you want it to or not.  Jumping and yelping embarrassingly at one particulary surprising and shocking moment of senseless violence really got my heart pumping for the upcoming action.  I won’t spoil this moment for you because I feel you all deserve to be just as embarassed by squealing and jumping out of your skin as I was.  The artistic style and textures are colorful and bright and even somewhat like a graphic novel.  There is a heightened reality that is both dark and grim but pops with color and detail.  Some creative use of weaponry, like being able to launch a black hole at your foes and watching happily as they get helplessly sucked into it.

To be honest, I’m not sure that I personally will end up playing The Darkness II since I rather like sleeping peacefully, but I know many who are very excited about its release.  And for those people I say, prepare yourself for some seriously horrific fun!