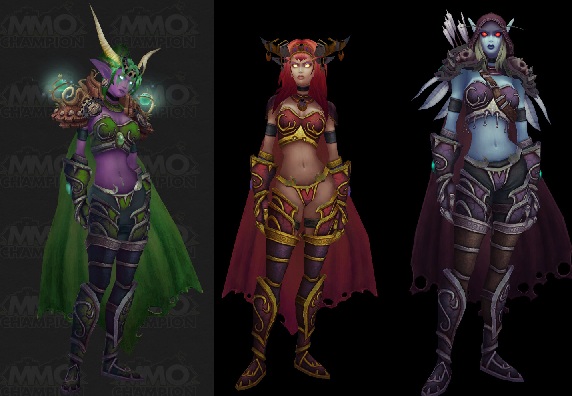 If you ever see me on Xbox live (Badpie1) or ever walk into my apartment randomly (stop doing that) you will probably notice that I tend to play the same games over and over. This is a habit of mine with my favorite games, games like Mass Effect, Dragon Age and Oblivion. The replay value of these games is pretty good, but it’s not nearly as good as what I’m making it out to be based on how much I play them.

I tend to be very “distracted puppy” when playing these games.  What happens is this:  I make a character, I get to know this character, I play for awhile, decide I love this character, then I decide that surely I would love another character just as much.  I get about halfway through things sometimes and decide that I just need to be a different race or class or have blonde hair instead of black.  That’s just the way it is with me.

When I was a crazed World of Warcraft player I was what was known as an “altaholic.”  I would advance to a very high level with one toon, then decide I wanted a different race or class and the cycle would begin again.  The problem is that I played the successive characters less and less as I needed more alts to feed my addiction.  So my first would be a level 70 mage before starting a new one, then a level 50 paladin, then a level 30 Warlock and so on and so on until I had 3 or 4 toons that hadn’t even progressed past level 10.  It was sad.  It was a problem.

Look at that shitty gear! Even the minion is judging!

It’s still a a problem.

My husband has come home to find me playing Mass Effect 2 more times than he can count and he always says “haven’t you finished that game like 8 times?” to which I reply “Nay. I have finished it only once really… but I have started many games.” 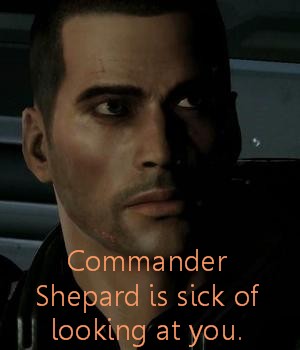 I have decided that this is enough.  That’ll do, pig.  I need to just bite the bullet and finish something with the perfect playthrough, particularly with Mass Effect and Oblivion.  No more messing around.  I’m going to play these games once more and be free of them.  There are other games I need to finish, like L.A. Noire and of course Peggle.  It is time to stop my addiction from getting the better of me.  It is time to hit it and quit it.

Recently I’ve been working hard on my latest Oblivion playthrough.  In the past I was scattered, with several different characters that I used for different parts of the game.  For instance my large footed gigantic fully armored Nord man was never going to be any good as sneaking around all light-footed to steal things.  And he doesn’t steal things anyway.  He’s a good guy.  And yes I go into it that much. He’s also not going to become a murderer in the Dark Brotherhood. I have another character for that.  This latest playthrough is one character, custom class that I am committed to doing the entire game with.  My perfect playthrough.   This is the play through. I’m done.  I will officially put Oblivion away for at least a year after completing it.   It will be hard.  I will inevitably wake up one day and say “I think I’d like to try a Breton who shoots arrows” but I don’t really want that. I never want that.  I’ve tried that.  Nothing will ever be good enough or perfect enough.

…Come to think of it this is probably indicative of some of the problems I’ve had in my personal life outside of gaming, but I’m getting off track here.  No more will my time be monopolized by the brilliance of one or two games!  I must branch out!  There is so much to discover!  Why won’t these games let me be meeeeee?!

Any of you out there have a similar problem?