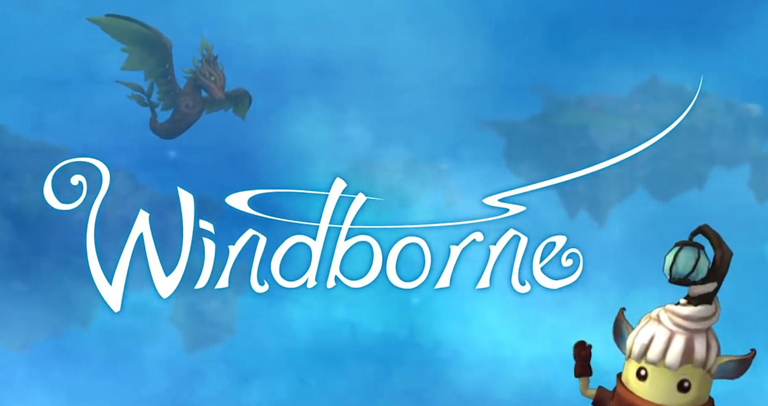 Windborne is something I’ve been really excited about ever since I got to sit down and have a look at the most recent PAX Prime.  Hidden Path Entertainment’s newest creative sandbox game is fun, pretty, and so adorable my  head nearly exploded.

I’ll get to the squealing in a bit, but everyone should probably know the important stuff, like the game is currently available on Steam, starting today for $23.99. This gets you the Early Access build, the final release game, and all content upgrades up to release.  Now you can build your own magnificent world full of beautiful things, friendly little animals and friends, and you can even play with some of your real life buds too, trading with them and visiting their islands.  There’s lots and lots to do in Cutiepietown, which is what I named my island. Don’t judge. I know it’s not that creative, but it was my first reaction to everything I was seeing.  I’ve been spending most of my time doing the quests that I receive from the dragon stone. So far these involve crafting and building and I did take some time out to build myself my own little abode, complete with a little garden and a great view. 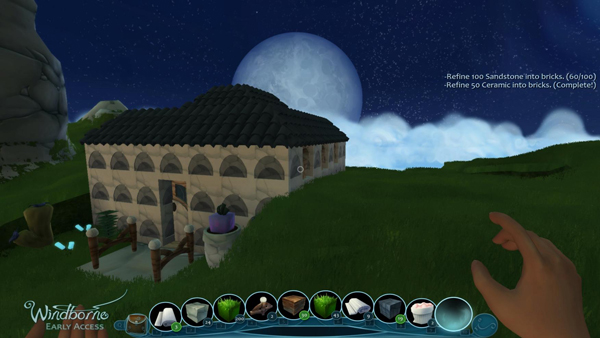 While I’ve mostly only delved into the crafting and building and exploration parts of it, the game promises “millions of ruins filled with puzzles and treasure.” And while you’ll be able to visit your friends’ islands, you can also attack a copy of their island to see if they have decent defenses.  Speaking of defenses, the game apparently has enemies, though I haven’t seen any yet.  You’ll need to defeat them and defend your little friends, the Jin.  Oh I’m sorry, I haven’t mentioned them yet. The Jin are brain meltingly precious little beings that are native to the island.  They start out pretty feral and afraid, but through the magic of friendship the player will be able to lift them up and help them create their own delightful civilization.

PLEASE BE MY FRIEND!

How’s that for charming?  I mean look at it’s little ponytail!  And the enchantment doesn’t stop there.  Immediately upon spawning on your island you’ll be surrounded by Woolies, who are basically just little sheep with wings, who make wee noises at you when you harvest their wool and Jesus God I can’t stand it just make it stop! 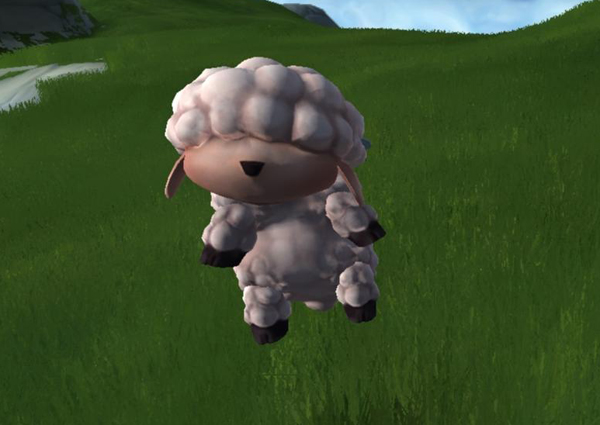 Give me your wool and a hug. HUG ME!

I need to focus on something else right now, so this is a perfect time to shift to the crafting and building aspects of the game.  In order to craft items, the player needs to be near a shrine of some kind and the two basic tools used are a stove oven for smelting bricks and the like, and a shaper, which is used to create various other materials like bricks, panes of glass, wood planks and all that good stuff. From there, the crafting menu is pretty easy to navigate and it’s clear what you’ll need to create many a decorative and useful item. 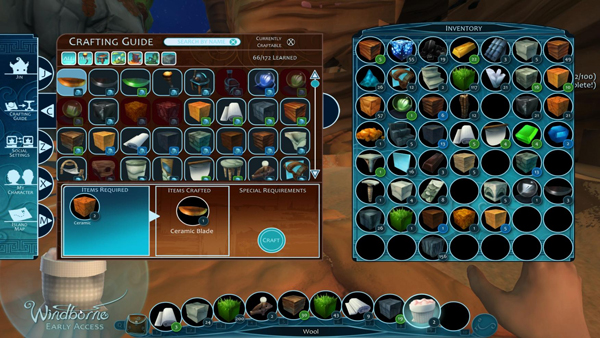 God, even this is cute.

The only small complaint I have about the crafting system is that as far as I know there’s no real way to make multiples of something so if you need 20 pieces of cloth, you’ll likely have to click the “craft” button 20 times.  The good thing though is this game is still is still not quite the finished product, so there’s a handy little “give feedback” option on the main menu so you can help improve little things like that.  I also had a bit of trouble smoothing the landscape out here and there so it doesn’t look quite as blocky.  Squares holes don’t seem to fit in with the smooth, elegant theme of the game so you can reshape blocks and grass to make it looks prettier, but I haven’t really gotten the hang of this yet. 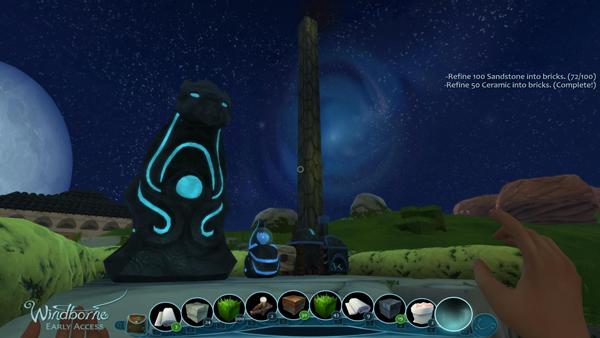 The Dragon Stone gives you quests, and here’s my little crafting area.

According to Hidden Path, Windborne was inspired by games like Animal Crossing, Minecraft, Dwarf Fortress, and the early Zeldas and I can certainly see a lot of that in there. I’ve been chomping at the bit for Windborne for quite awhile and it’s a refreshing change of pace from most of the action heavy games out there.  I’m certainly not disappointed, and I’m looking forward to spending a lot more time in Cutiepietown.