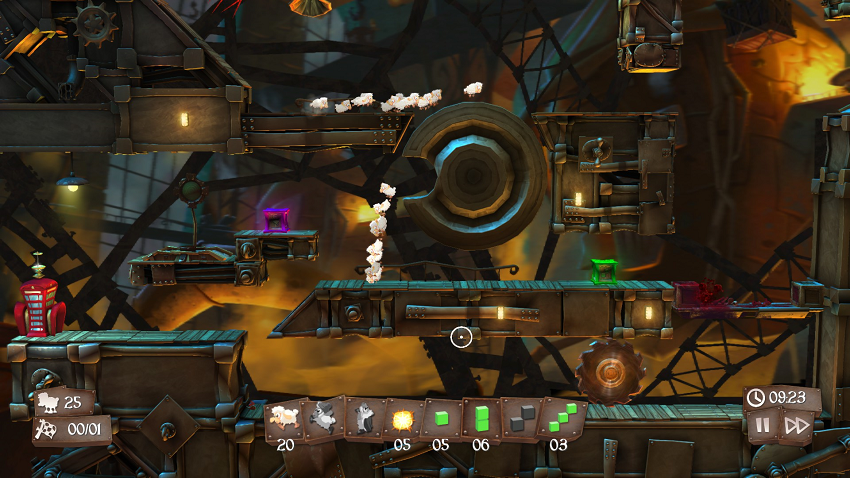 All sheep are created equal, but some are more equal than others. And in Flockers, the latest game from Team17 Digital, out now for Xbox One, PS4 and PC, you’re going to get more sheep than you can bleat at. We were lucky enough to catch up with Kevin Carthew, Creative Manager for Team17 Digital. Check out our full interview below.

First up – can you introduce yourself and provide a brief summary of who you are and what you do?

Flockers is the first new IP from Team 17 in many years.  Was the team nervous at all?  What made now the right time to tackle something new?

Kevin: We have regular Game Jams at Team17 and we also have a Concept Review Panel. Any at Team17 is able to submit a game concept, all ideas are welcome! So there’s a lot of different creative prototypes we’ve been playing with behind closed doors. Flockers was one of those concepts that we felt worked really well and we really enjoyed at the office and decided we wanted to take it further. We hold usability and also got a lot of great feedback from the first time we publicly unveiled the game back in March, so although we were a bit nervous we knew that the reception so far had gone great. We’re gamers here ourselves, so we always ensure that we’re creating something fun and that we personally enjoy so hopefully that translates to our audience too!

Team 17 was founded nearly a quarter century ago, making it one of the industry’s oldest independent developers.  Do you ever get the urge to yell at younger indies to stay off your lawn?

Kevin: Not at all! Internally we’ve got a great mix of Team17 veterans who have been with the company a long time and also newer members of the team who have come to us as very talented University graduates. We also returned to third-party publishing in 2013 with our Indie Publishing Partnerships, we’re working with a really fantastic range of developers from those with a vast industry background to those making their very first game! It’s fantastic to be able to help them along the way and set themselves up as susistanable studios.

Flockers was released on Steam Early Access back in May. Were any changes made to reflect community feedback?  What differences are there between that version of Flockers, and the version you’re releasing now?

Yes, we’ve made lots of changes to the levels along the way based on the feedback we’ve received from the community. The game’s a lot more polished now and we’ve expanded the total number of levels. We first launched into Early Access with 25 levels with regular content updates along the road and now we’ve got a fully finished game with 60 levels and 6 hidden bonus levels!

Flockers takes place within the Worms universe. What kinds of connections and easter eggs can we expect to find along the way, connecting the games together?

Fans of Worms should definitely pay attention to the level backgrounds, there are a few subtle nods in there to the Worms games! You may also spot some recognisable invertebrates in the boss levels too! 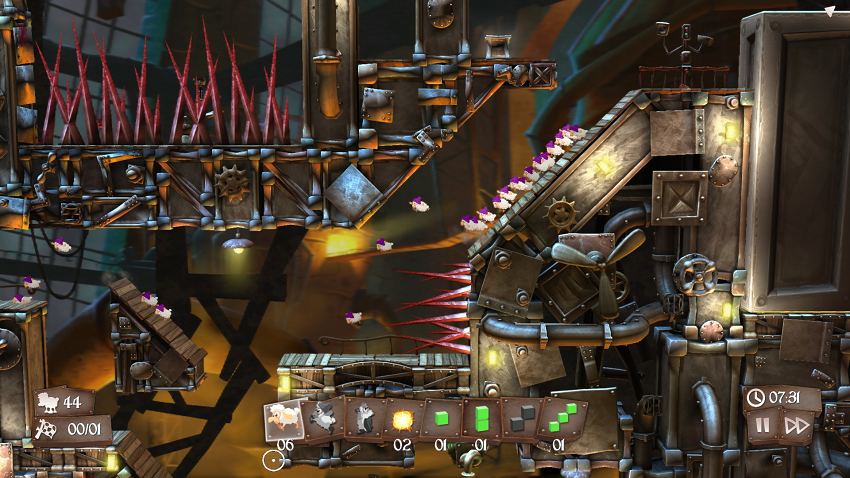 How has the response to the Meat Maker level editor been – Any plans on releasing fan-made levels as an add-on to the game?

We’ve had a great response to the Meat Maker, we’ve got a very creative community and it’s always fantastic to see and play their creations! All the levels made in the Meat Maker are available to download for the PC version of Flockers via the Steam Workshop.

Flockers makes heavy use of physics.  What’s your favorite physics based puzzle in the game?

It’s by no means the most impressive level in the game, but there’s a point in Level 6 ‘Lambdroid’ that always sticks in my mind. Early in development it was a bit of a crowd pleaser, and would usually get a big response from whoever was playing it. It involves using a Super Sheep to push a wheel, setting it in motion. If the player doesn’t solve this particular part of the puzzle the rolling wheel crushes the hapless sheep below, and the Super Sheep can drop down onto the rolling wheel, surfing upon it, only to carried into a wall of spikes himself. There’s something funny about it, it’s a bit ironic that the Super Sheep involved in trying to rescue the other sheep in fact is responsible for their death.

On a scale of 1 to 10, how guilty do you feel for causing the deaths of so many pixelated sheep? Are you able to sleep at night?

You’re supposed to save them! If you’re killing that many then perhaps you need to get a bit more practise in!

Finally, where can people go to find out more about Flockers, and play the game themselves?

Save Game would like to thank Kevin for his time, and Surprise Attack Games for organising and facilitating the interview. Thanks guys!