Mass Effect 3: An interview with Courtenay Taylor, voice of Jack 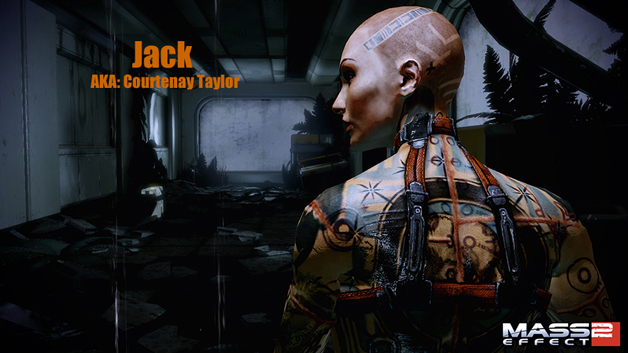 On Valentines Day you may remember that we did an interview with Raphael Sbarge about romance and the character of Kaidan in Mass Effect 3.  Continuing down this path, we were able  to speak with the immensely talented Courtenay Taylor, who some of you may know as the tough talking (soft on the inside), tattoo covered Jack from the games.

Obviously Jack is confirmed to be in Mass Effect 3.  What can you tell  us about how she’s grown as a person since Mass Effect 2?

Unfortunately I can’t tell you anything about Jack’s storyline – I’m so sorry! I don’t even know if she has HAIR this go around.

Mass Effect is a role playing game which means that players have their  own ideas about the relationships between the characters, but I’d love to know what your vision of the Shepard/Jack romance is.  How would you personally describe it?

The come-here-go-away-game! A bit like high school 🙂  I assume it’s sort of like being on a submarine – there is only so many places to go and so many people to deal with, and there is a lot of pressure on the crew members, none of which makes for easy romancing. And it’s not like there are a ton of guys out there that can handle Jack so that narrows her amorous possibilities quite a bit. Then Jack has to shed a lot of armor to get to a place of intimacy for even just a few minutes, so it’s a tall order!  I do love that there were so many posts on the boards about the possibility of Jack having a romance with FemShep in ME2 – from what I’ve read online, it seems that Bioware has added a same sex romance option to ME3. I think it will add another fantastic dimension to the game and shows much respect to the wide range of fans the ME franchise has.

Without spoiling anything about the game, let’s just assume that Jack survives the whole ordeal and lives happily ever after.  Where do you see her in ten years?

Oh wow. The way I see it all coming down is very similar to what’s in the game, so I’d have to lie!

One of Jack’s signature traits is her tattoos – did Bioware give you a walkthrough of the different tattoos that feature on Jack and their significance and if they did, did this influence your portrayal of her?

Not really – I saw pictures of her and there were some references in her script so I made my own associations. It DEFINITELY looked to me like she had some cover ups though, so I decided she had gone through and made her own designs over some old ones. 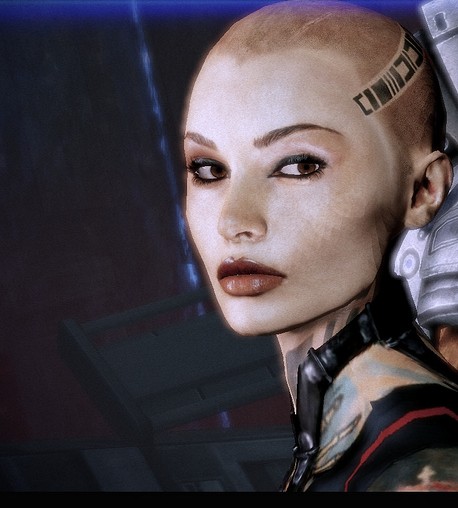 There is quite a bit of Jack fan art and fan fiction out there.  Do you kind of keep up with that? Do people often send you things? Do you have any favorite pieces of artwork dedicated to Jack?

I absolutely will read anything anyone sends me or refers me to, but I’ve actually only seen a few things here and there. I have read some great comics and I loved what Jia Jem did with her cosplay version of Jack – SHE SHAVED HER HEAD!!! I love her! That was amazing. People actually don’t send me stuff too much – although I’m thrilled to see when they do. I mostly hear from people on my Facebook fan page or on Twitter (@courtenaytaylor)

Is it difficult voicing a character whose emotions and motives can be very different depending on the way the player interacts with them?  ie. a Jack who has been paragon romanced is very different from a  Jack who has not been romanced at all or has been renegade ‘romanced’.  Do you find these differences have quite a bit of bearing on the story for Mass Effect 3?

We record a lot of different possibilities for story lines and when it comes down to it, these characters ARE people (mostly) and have the same emotions and motives we do. So since I have been romanced by paragons and renegades in my own life I do have something to draw on 🙂 Whether the differences in how you played ME2 figure into ME3 remain to be seen 😉

You’re in the booth by yourself recording all the lines, and we’ve certainly heard lots of good stuff about new technology that’s been used  in the third game to make the performances even greater, particularly being able to hear another other actor voice a line.  Can you talk a little about that?  Is that helpful when it comes to the more emotional or romantic scenes?

IMHO: In any scene, having someone read you the line before yours is really helpful. Hearing another actor’s lines played back as they were delivered is awesome (but rarely happens). Having a partner/group read is my favorite because you really get into the groove of how the scene is playing out and react in real time to what is going on. But those are few and far between. I don’t remember if I’ve had line playback/group records on romantic/emotional scenes before – I can imagine it would be awesome but could also veer into slightly embarrassing territory at times!

I played the twins in God of War and at that point in my career (I was pretty new) I would have died if someone was in the booth with me!

If you could describe Jack in five words, what would they be?

What’s next for you? We’re always excited to hear about what you have coming up!

I think I will be at Comicon this year which will be fun as I’ve not been in 4 or 5 years!  And I have jumped in on a well-known game franchise that will drop its newest game sometime in 2012 I believe. I’m just starting the lead in another game alongside several of my favorite VO actors, and we DO get to do group reads which I am thrilled about!  In live action land I just wrapped a Fox Digital web series called Let’s Big Happy, and I play JK Simmons’ wife in the feature “Geezers!” which releases this year. Whew!

Thanks to Ms. Taylor for her time, and don’t forget to pick up Mass Effect 3 when it launches on March 6th.  It’s so close!