Hands on preview – Lara Croft and the Temple of Osiris 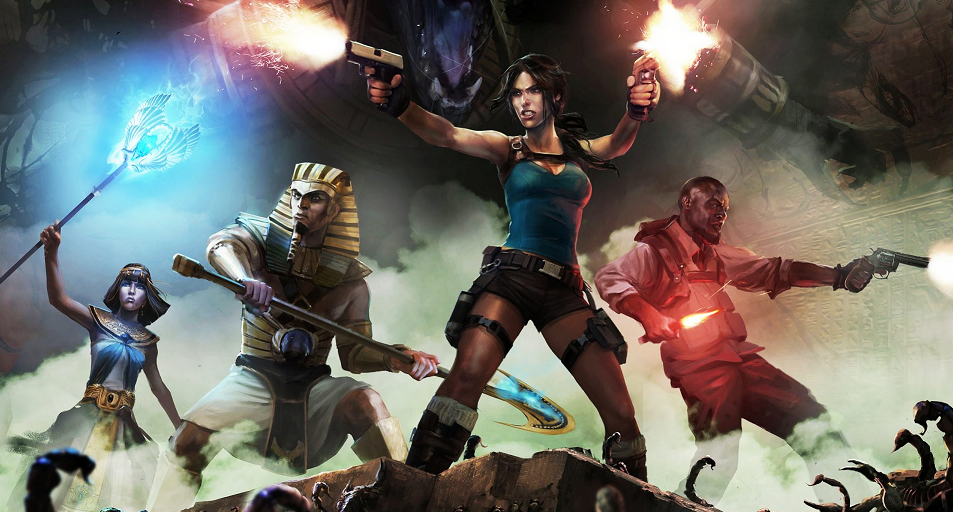 Lara Croft and the Temple of Osiris is a little different to most Tomb Raider games, in that it’s a co-operative game for up to 4 players. It combines RPG elements with the platforming, shooting and puzzling that you’d expect from a Tomb Raider game.

The backstory to the game is that the Egyptian god Set betrayed Osiris, another Egyptian god, leaving Osiris shattered in pieces and scattered across the land, while his wife and son were imprisoned inside his temple. Osiris managed to seal Set away in the underworld, however, where he remains to this day. In the present day, Lara Croft and Carter Bell discover the lost tomb of Osiris, where Horus and Isis have been imprisoned for thousands of years. However, when they release the Egyptian Gods, they become cursed, and must escape or else be taken to the underworld. Set becomes aware of the presence of the four characters, and prepares to enact his revenge. And so you and your friends take control of one of the four main characters to play as, and set off to find a way out of the temple of Osiris.

Lara and Carter are classed as ‘Archaeologists’, while Horus and Isis are classed as ‘Egyptians’. The standard weapon of the Archaeologists is a pistol, while the Egyptians have a magic sceptre that fires a beam. Each class also has a special ability- the tomb raiders have a grappling hook, which allows them to grab onto certain objects, and other players, while the gods can encase themselves in a sphere of magic to protect themselves from damage, and to act as a platform for their teammates to jump on.

You’ll need to use these abilities in order to overcome the game’s puzzles. There may be a switch on a ledge that none of you can reach, so an Egyptian has to use their sphere ability so that another player can jump on top of them, and then jump up to the switch. Or perhaps a switch is on a platform across from you, with a huge spike pit in between it and you. An Archaeologist can grapple onto a nearby object, allowing a teammate to use it as a tightrope. There’ll also be collectibles hidden throughout the levels that grant you bonuses if you collect them, which require you to use your abilities as well. During my time with the game, there was an item dangling off the edge of a wall, which I had no idea how to get, and then I was informed that I could use my grappling hook on another player, and then abseil off the wall. Spoiler: it was pretty cool!

Combat in the game isn’t too complicated – you simply aim in the direction you wish to fire with the right analogue stick and then hit the fire button. A character’s primary weapon doesn’t use up ammo, but if you pick up other weapons later on you’ll have to pick up ammo from defeated enemies so it doesn’t run out. Hilariously, ammo is represented with what looks identical to a blue mana bar. In my playthrough we found an SMG to use, and it was highly amusing to see Egyptian gods running around with a fully automatic weapon. You can’t harm your teammates with weapon fire, but you can drop bombs which can damage them, and yourself, if they’re caught in the blast radius. These add to the griefing potential of the game. I predict many people will give into temptation and detonate bombs near their friends, or let go of the grappling hook their friends are holding on while they’re standing over a spike pit. It’ll make for a lot of laughs when playing with friends (if you’re not on the receiving end!)

You’ll also be able to boost your characters’ stats by equipping magical jewellery that you find during your tomb raiding adventures. Throughout the game you’ll collect gems, which are scattered around levels and offered as rewards for solving puzzles, and the more gems you have at the end of each area, the more treasure chests you’ll be able to open. The more treasure chests you open, the more pretty shiny things you’ll have. Different varieties of jewellery offer different stat boosts- some will affect just you, while others will affect your whole team. So you’ll have to co-ordinate with your team whether it’s better to boost your own specific strengths, or to all pool together your boosts to buff each other overall.

Lara Croft and the Temple of Osiris launches December 11th 2014 on PS4, Xbox One and PC. For more information, check out the official website.

Lara Croft and the Temple of Osiris