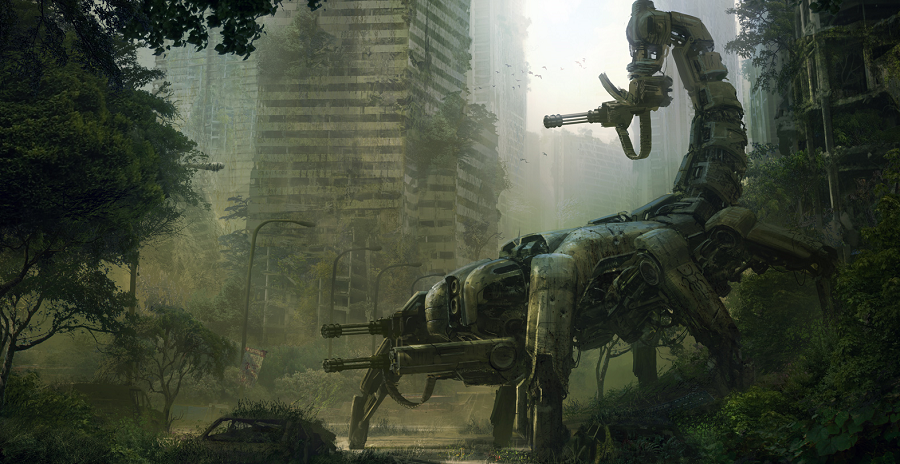 Everyone loves a post-apocalyptic RPG and if you like your post-apocalypses gritty and mature, you can’t get much better than Wasteland 2. Successfully crowdfunded through Kickstarter and developed by inXile Entertainment, Wasteland 2 is the first official sequel to the 1988 Wasteland, and if my hands-on with the title is anything to go on, the game is shaping up to be one of the best releases of 2014.

A quick summary of the basics of Wasteland 2: it’s a PC game that features a semi-overhead view with a rotatable camera and the ability to zoom in and zoom out based on your preferences. Gameplay is turn-based featuring tactical combat and as it’s an RPG there is a heavy emphasis on levelling up your character (and other party characters) and dedicating points to specific skills. Accompanying your ranger throughout your journey are three other player-designed characters (or if you’re lazy like me you can choose pre-made characters of varying skillsets) and up to three NPC’s.

Choice is a huge focus of Wasteland 2, and the game allows you freedom of choice in almost every part of the game. You begin by customising your Ranger, from their appearance to their skillset, choosing their name and customising their background story. You can select the religion of your character, and even what brand of cigarettes they prefer. I spent several hours just on the customisation screen alone, and I must admit that I found the range of choice to be exceptionally varied. If you want to create a sombrero wearing, chaps and spurs rocking, athiest loner, you can. Hooray!

In addition to customising your own ranger, you can also customise the party that journeys with you, selecting their skillsets, attributes and appearances. Choices you make here will inform the way that you play the game, as the choice of skillset of your character and your partymembers will affect what options are open to you as you complete quests and missions.

The game features a very nuanced levelling system which allows players to dedicate points to specific skills and attributes. This adds a level of replayability to the game, and also enables the player to feel that each playthrough is unique. The quests themselves are diverse – ranging from investigation quests to quests which require the player to think laterally and quests that simply ask the player to kill every single person who stands in their way. Spoiler – those ones were my favourites. 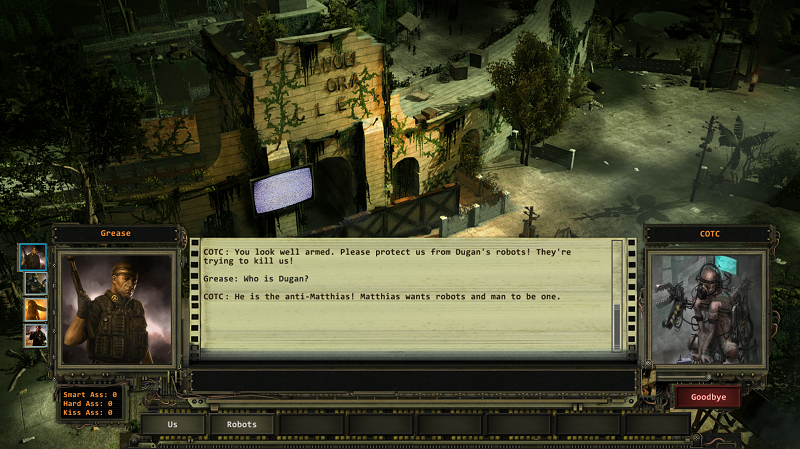 Dialogue within Wasteland 2 is satisfyingly mature and excellently realised – characters have their own feel and the storyline generates enough impetus to keep you ticking through main quests whilst providing the opportunity to tackle sidequests as you go. The option to call on members of your party to answer for you as you speak to NPC’s provides depth to a game already rich in character development and player choice.

The UI for Wasteland 2 is simple and streamlined, and players new to the series will find navigation easy and intuitive. The only real issue I had during my time with the game was a very irksome camera which refused to rotate to my commands. Hopefully this will not be present at launch, but even if it is, this is a minor gripe which doesn’t overly impact on gameplay.

If my time with the game is anything to go by, Wasteland 2 is looking as though it will be one of the killer releases of 2014. Featuring excellent character customisation, nuanced dialogue and gameplay, and a streamlined and intuitive UI, Wasteland 2 is set to impress when it releases on PC September 19, 2014.

Save Game will have a more in-depth review following the release of the game.