After conquering land and sky with World of Tanks and World of Warplanes, it was only a matter of time until MMO developer Wargaming took to the seas for some naval combat. World of Warships is their latest free-to-play MMO in which basic gameplay has a familiar feel to its spiritual successors. You take command of an individual ship that you can then upgrade between battles.

In World of Warships, there are four classes you can choose from, consisting of battleships, destroyers, aircraft carriers and cruisers. Currently, the 75 ships available to play come from U.S. and Japanese fleets. Developer Wargaming has stated that as the game expands, so will the roster of nations available to pick from.

As World of Warships gameplay centers heavily around tactical combat, each class of ship has a distinct role that adds a unique level of combat to your team. As the only experience I’ve really had with naval warfare was with the board game Battleship, I spent a considerable amount of time with each class in order to familiarize myself with the abilities of each ship, and to work out which class suited me the best.

Battleships are undoubtedly the biggest and most formidable ships to use on the high seas, as they lurch around the map effortlessly destroying every opposing vessel they come across. Destroyers are great for when you’re feeling like going on a suicide mission, rushing enemy lines and letting off a barrage of torpedoes before your ship is overwhelmed by enemy fire. Carriers are unique in that they allow you to control an array of planes, from dive-bombers to fighter planes, wreaking havoc from up above. This allows for strategic strikes with the added advantage of revealing the location of enemy vessels. Cruisers are quite a versatile ship, fulfilling a multitude of roles. Whether you want to capture an enemy base, or need protection from aerial attack, cruisers are able to hold their own, both offensively and defensively.  My favourite vessel to use was the destroyer because there was nothing more thrilling than emerging from a self deployed smoke screen, narrowly avoiding falling shells, and then taking out an enemy ship with a perfectly executed torpedo attack. 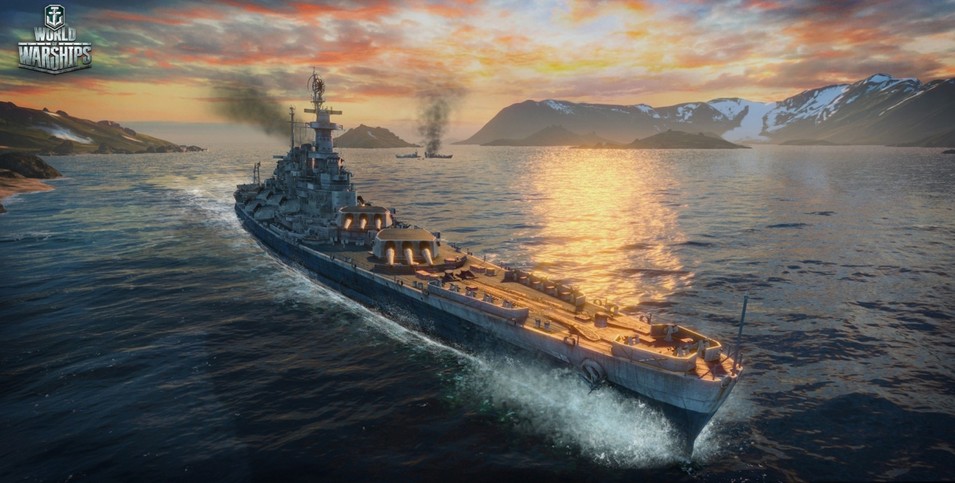 When it comes to crossing enemy lines, a lot of thought needs to go into your attack route. In the first game I played, I stupidly went full steam ahead towards enemy lines, and was deservedly blown up in a blaze of whatever the opposite of glory is. When planning your route, you’ll also have to ensure you’re making the utmost use of your ship’s capabilities. Whether you attempt to blindside the enemy or go for an all out assault, you’ll need to ensure you’re also utilizing your ship’s arsenal of secondary guns and torpedo launchers in order to deal as much damage as you possibly can. As I spent more time with the game, the tactics I used to approach the enemy became more precise and methodical. The most satisfying part of World of Warships is the sense of self-progression you notice every time you set to the seas for battle. Every extra hour you spend at sea will make a noticeable difference as to how effective you are in combat.

To reward your progress, the game has an array of progression and customization features. With every minor victory, you’re awarded an achievement ribbon. These achievements also reward you with experience points and currency. The currency allows you to upgrade your ships with improvements like upgraded guns, while experience points gives the commander of your ship skill points which translate into combat perks, lie increasing the chance of setting an enemy ship on fire.

Although the idea of your ship being on fire doesn’t sound like the most dangerous thing when surrounded by water, in World of Warships, it’s usually a good indication that your ship’s time is almost up. Along with catching on fire, your hull can also get a hole in it which will slowly fill your ship with water. Your crew on board can repair these damages, but if your ship takes more damage after the repairs, you won’t be able to fix your ship until the repair ability recharges. 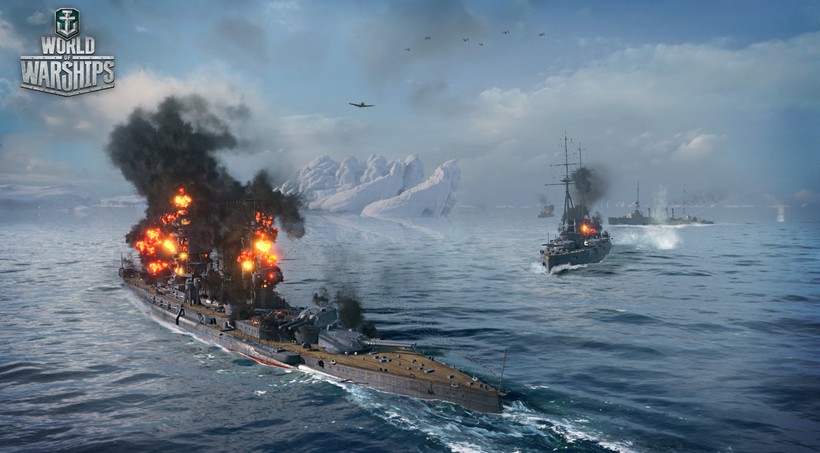 Currently there are five maps that are available to play on that range from the harsh arctic seas to a vibrant archipelago located in the Atlantic Ocean. The full retail version of the game will be released with six maps. Along with the ships, the maps look great and offer up enough diversity to give a distinctive experience for each location. Wargaming has stated that each map will have its own unique weather conditions that will influence how the ships navigate around the map. Despite some geographical obstacles such as mini islands and icebergs, I did not experience any drastic changes to how my ship controlled, or to the overall experience of the game.

For a beta, I’m thoroughly impressed with the overall experience that is World of Warships. I didn’t encounter any technical faults, and the game looked and played impeccably. Although I have no real interest in this genre of game, I found myself immersed in the countless naval dogfights I had, and never got sick of the joy I felt when sinking an enemy ship. No official release date has been announced yet, but World of Warships is a game with rich detail and strategy throughout that is definitely worth checking out upon its release.