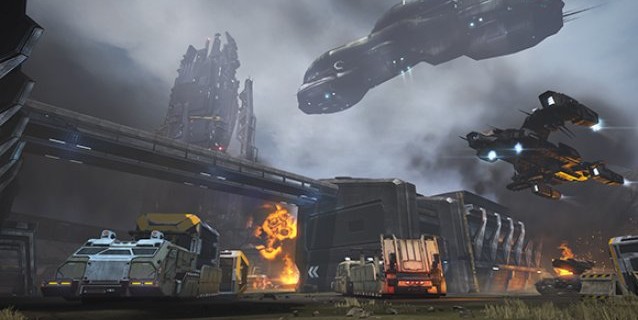 After several months of a closed beta, CCP has finally opened up its groundbreaking free-to-play massively multiplayer first-person shooter Dust 514 to the public (at least, those who have a PS3).  They also released a trailer briefly showcasing the character customization and the combat.

Talk about your interesting video gaming events. CCP, those responsible for the epic space MMO EVE Online, will be putting the names and images of every single one of their currently subscribed character accounts in EVE Online (as at 23:59 GMT) into a capsule, which they will then be shooting out into the very reaches of our planet’s atmosphere via high-altitude balloon.