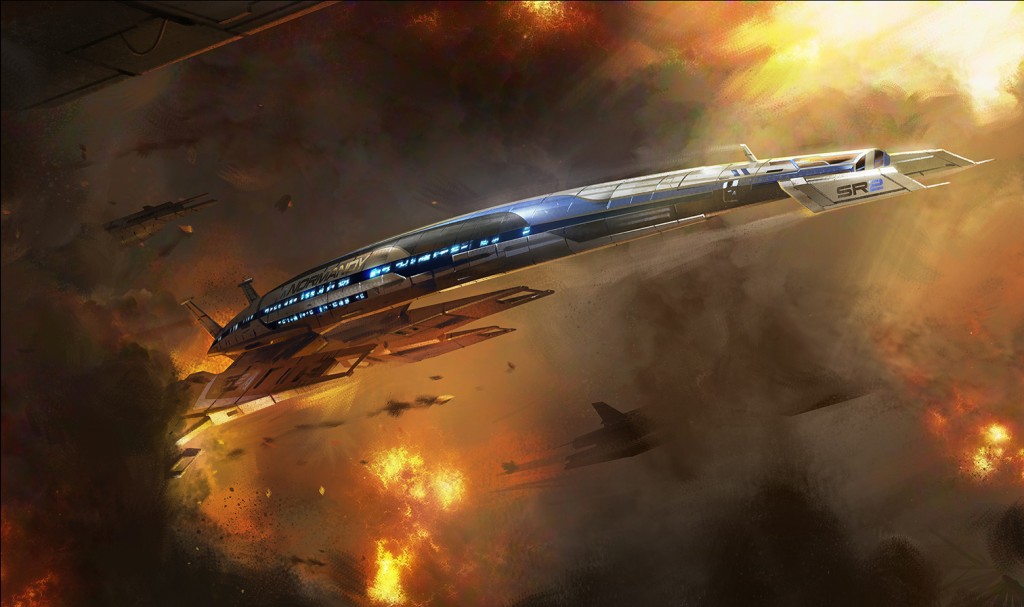 The supposedly 4D holographic experience that’ll transport the public into an adventure that’d be worthy of Commander Shepard while they face off against otherworldly foes? Let’s not dismiss that claim just yet, cause we the many Mass Effect fans, are getting a theme-park attraction.

With Excitement: Today we’re all a little bit Conrad Verner.

While the entirety of Save Game is madly hitting refresh on the Bioware blog for any snippet about Mass Effect: Andromeda, this brand new announcement is a great salve for the red-sand withdrawal we’ve got going on. With an expected opening date of 2016, this new ride in the Great America themepark in Santa Clara will let you experience the world of Mass Effect on the physical world. That’s right spectres – we’ve got reports of enemy forces heading to Earth, and it’ll be up to you to take them out. No news yet as to whether we can romance Garrus while saving the day, but we’ll cross our fingers.

Sure, it’s not that actual physical working mass relay we’ve all been pining for, but it’s a step in the right direction.

With Andromeda also likely to release next year and N7 Day coming up in less than forty days (November 7 for the civilians), you better believe there’s going to be a lot more buzz and excitement around the Mass Effect universe over the coming weeks, months and year.

You can check out the announcement itself over on the Bioware Blog today.