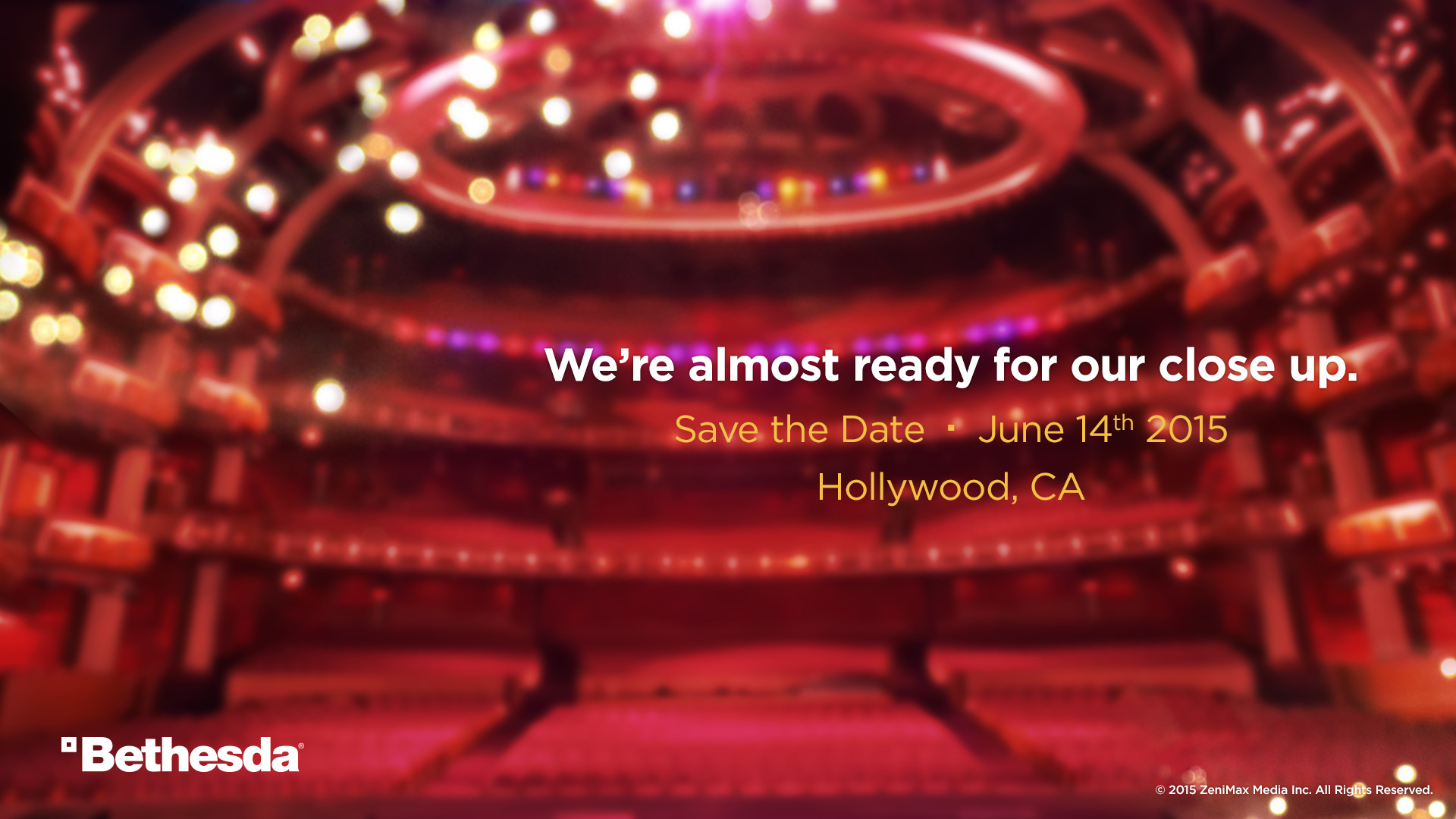 Bethesda are holding a stand-alone E3 press conference for the first time ever. The conference will be held on June 14, the Sunday before E3, in Los Angeles, California.

The conference will be streamed on twitch.tv/Bethesda, though Bethesda also said, “We’ve saved some seats just for you, our fans. Feel like a celebrity by attending our most exciting event yet, live and in-person!”

They are yet to share details regarding registering to attend the event or what they have planned to show or announce.

The extra effort has sparked further rumours regarding the potential announcement of Fallout 4, which has been speculated for the past two years. Bethesda are also believed to still be working on an upcoming Doom game.

Other companies likely to have exclusive conferences at E3 are Microsoft, EA, Ubisoft, Sony and Nintendo, as they have in previous years.