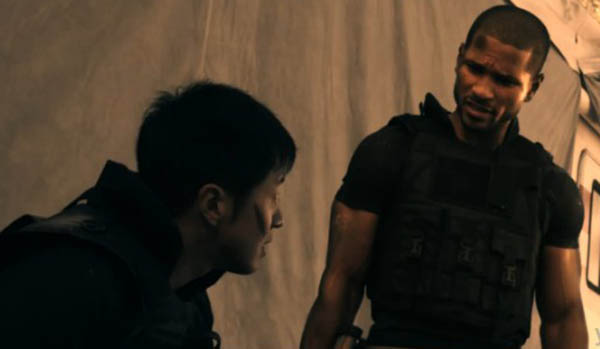 I’ll admit it.  I’m a sucker for most things fan made.  The very idea that people love something so much they want to spend their own time and money creating something that is not actually theirs, that they probably won’t make money from, and that could sometimes end in ridicule makes me happy.  Fan art, fan fiction, Cosplay, and yes fan films always make me smile.

In the interest of sharing the love, here is a Black Ops 2 Zombies fan film by Jason Rosete and I have to say, it doesn’t stink.  Part 1 and Part 2 are up and it looks like they’re in the process of making part 3.  It looks good, it’s well lit, and all the guys in it have good heads that look good on film (you have to have a good, well shaped head to look good on camera).  There’s the requisite amount of slo-mo hero shots and CG zombie gore and it’s a damn sight better than a lot of those artsy crap short films I was in when I first moved to New York.

Here’s Black Ops 2 Zombies: Revolution Part 1 Web Series (Live-action Fan Film).  Join Rexford, Cole, and Ace (far better badass names than say – Rupert, Gilbert, and Fran) as they try to survive on a deserted island that has, youguessitzombiesomg!  You can see part 2 from the link in the video.  Hooray!