As the New Year’s hangover fades, and the Christmas decorations are put away, our attention here at Save Game returns to news.  And what better way to start 2014, than with another bizarro trailer from Capcom’s dungeon crawling, dragon slaying, memory hunting game, Deep Down?  This one has loot monsters.  Read on to see what I’m talking about.

If you’re still a little foggy from all that champagne, and you’re having trouble remembering what Deep Down is all about, let me refresh your memory.  Deep Down in set in the near future, and deals with characters traveling back in time to conquer dungeons, kill dragons, and collect memories hidden in pottery.  I think.  Make sense so far?  The game was first shown last February, during the PS4 unveiling event.  It was a no-show at E3, but did make an appearance at TGS this past September.  A third trailer has now been released, and instead of finally explaining what, exactly, this game is all about, it just creates even more questions.  Check it out below.

Wow.  Soooo… does anyone know what’s going on in this game?  Seriously, can anyone tell me because I’m fascinated by it’s weirdness and I crave answers.  Like… what was up with the Christmas tree?  And was that a loot chest monster?  Wait, I can answer that one. 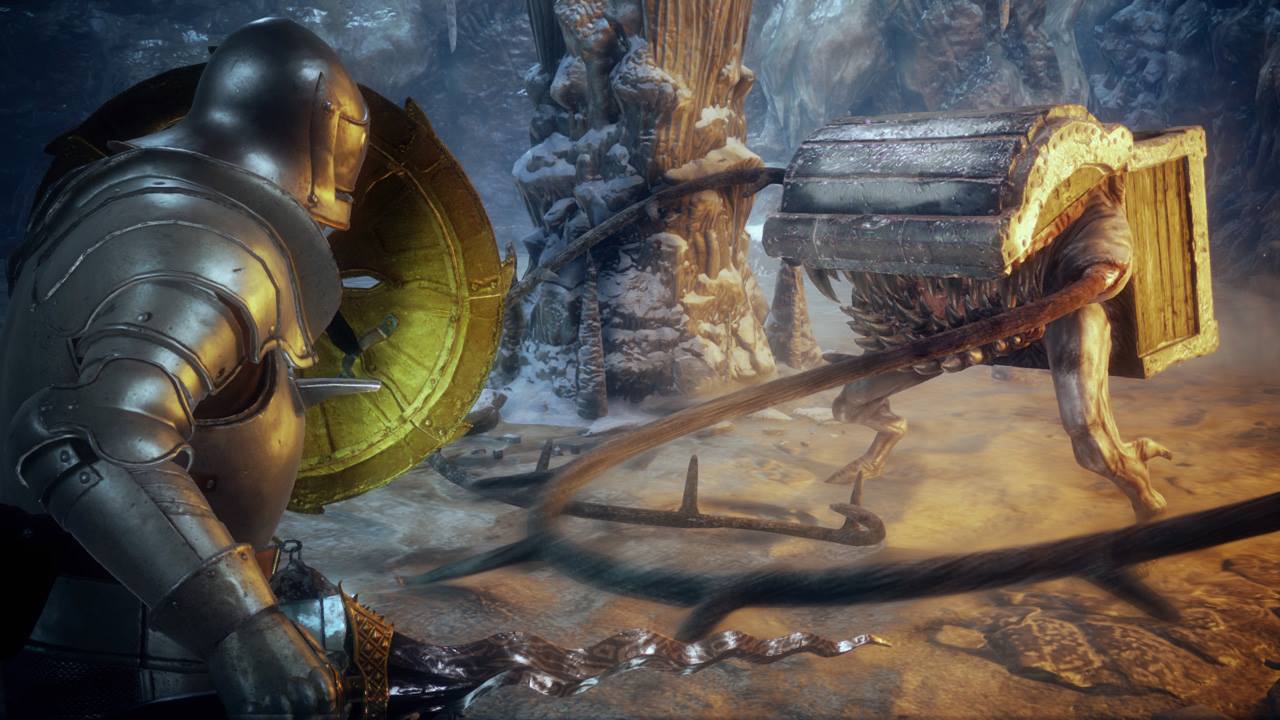 Yes, yes it was a loot chest monster.

There’s no release window for Deep Down yet.  But whenever it is released, it will be a free to play exclusive for PS4.