Grab your cloaks and stabby knives because we’re going back to Dunwall.  Arkane Studios has finally pulled back the curtain on their final piece of Dishonored DLC, entitled The Brigmore Witches, and it promises to bring Daud’s story to a rousing conclusion.  Read on for all the details, plus some gorgeous new artwork.

The Brigmore Witches was officially unveiled earlier today on the reliably awesome Bethblog.  In this all new expansion, you continue Daud’s story which began in the previous DLC, The Knife of Dunwall.  You’re trying to stop Delilah, the leader of the Brigmore witch coven, from completing a ritual which would spell certain doom for  Daud.  Your quest to stop Delilah will take you to all new areas of Dunwall, and bring you into contact with warring gangs who can either aid or hinder your progress.  All of this will lead to an eventual confrontation with Corvo Attano himself, where Daud’s ultimate fate will be decided. 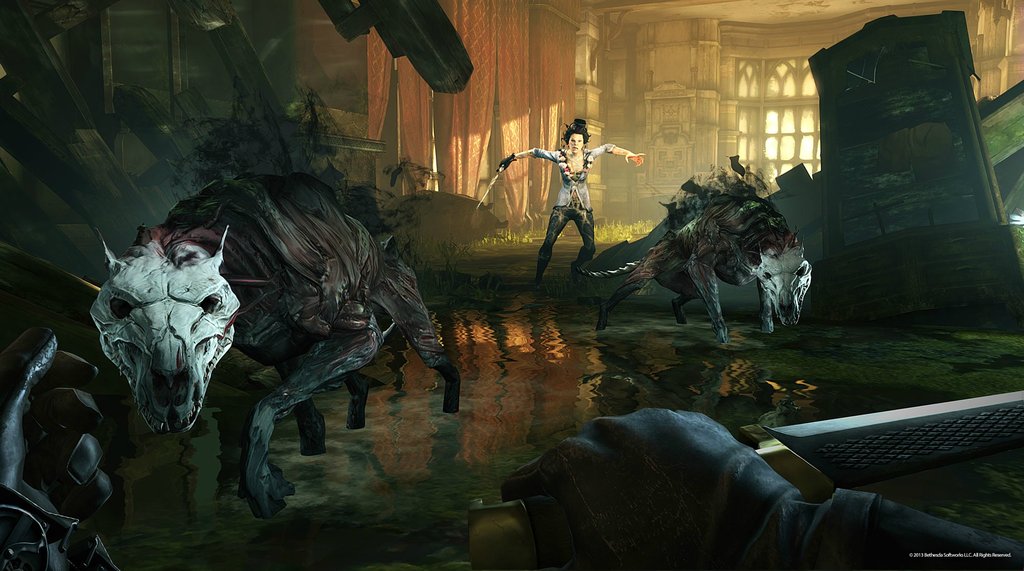 Good doggy… maybe I got a Milkbone…

One unexpectedly awesome feature of The Brigmore Witches is that all of your power, weapon and item upgrades from The Knife of Dunwall will carry over to the new DLC, as long as you still have your save file.  The Brigmore Witches will be released for Xbox 360, PS3, and PC on August 13th, and a day later in Europe.  It’ll retail for $9.99, or 800 Xbox Happytime Digibucks.  Check out more all new artwork below. 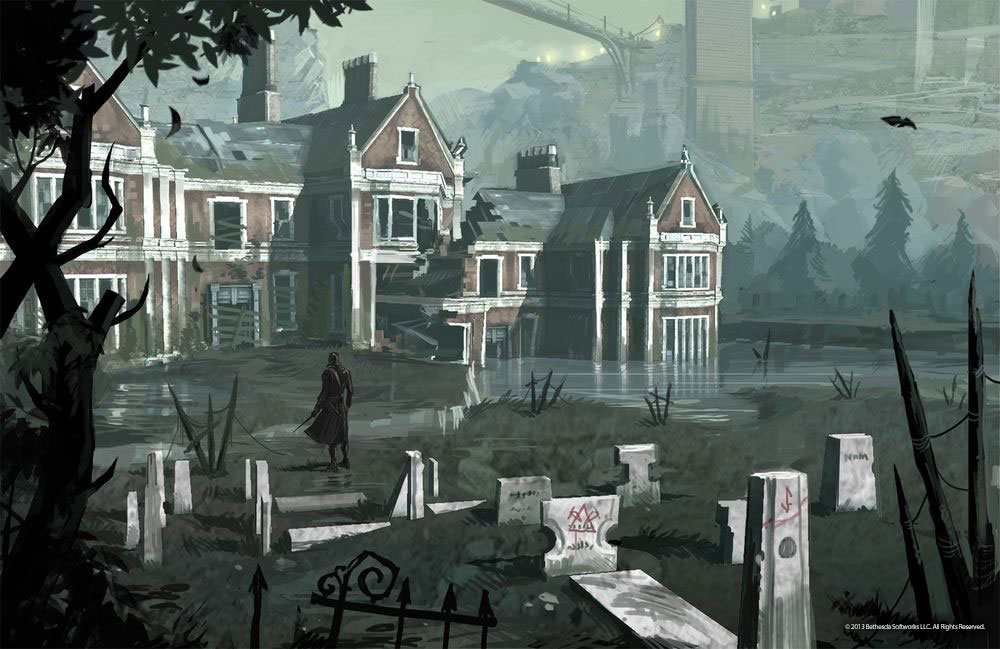 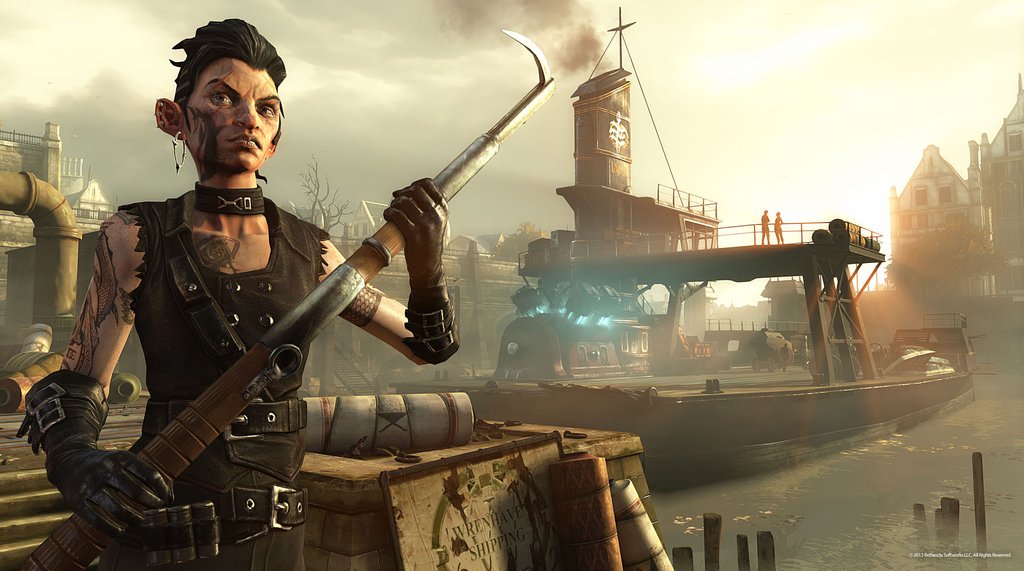 Hey, does this pole still work?