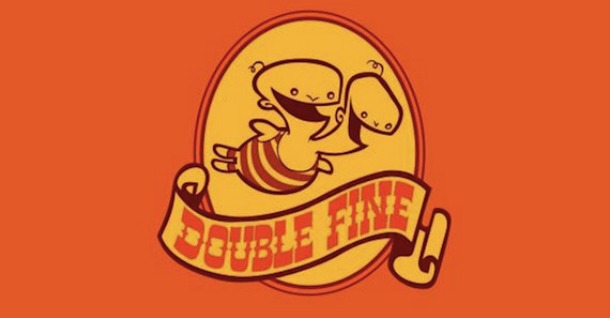 There is a man named Tim Shafer.  If you haven’t heard of this man you should probably know that he’s one of the names to know in gaming.  Back in 2000 he founded the game company Double Fine and since then the studio has brought us such whimsical titles as Psychonauts, Costume Quest, Monkey Island and Brutal Legend among other delightul titles.  And now Double Fine is making an adventure game (they’re not dead!) – with your help – on Kickstarter.  And in less than 24 hours they’ve managed to raise over one million dollars for the project.

With a goal of $400,000 in mind for the project, Double Fine put the information on Kickstarter, which is a site the exists to help get artistic projects the funds they need.  It didn’t take long for the company to far exceed their goal through donations from fans and anyone else who deemed it a worthy cause.  As a successful studio it might seem strange to use a site like Kickstarter, but the brilliance of Shafer is now abundantly clear as he now will be able to avoid lots of money guys telling him “no.”

Double Fine has taken out the middle man, so to speak with this endeavor and in doing so, I dare say they’ve made some gaming history.  The Kickstarter page for Double Fine’s new adventure game can be found here.  Also there is this ridiculously charming video that has made me personally smile from ear to ear.  Enjoy.