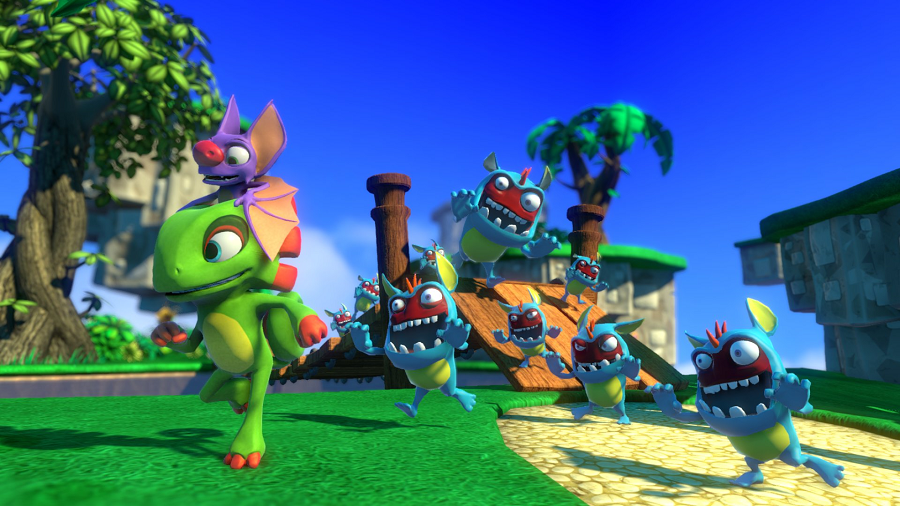 Yooka-Laylee (previously entitled ‘Project Ukelele’), a 3D platformer being made by a team of ex-Rare developers, is the official title of what is set to be the spiritual successor to Banjo-Kazooie from the Nintendo 64.

The two leading characters ‘Yooka’ and ‘Laylee’, a chameleon and a bat, were designed by Steven Mayles, who also contributed to the designs of Banjo, Kazooie and the rebooted Donkey Kong family. A blog post on the game’s website says the currently androgynous characters are the team’s “most inventive protagonists yet”.

Similarly to Banjo-Kazooie, the two characters work together mechanically to solve puzzles. Yooka, the chameleon, can use his tongue as a grappling hook and Laylee, the bat, is able to use his wings to lift Yooka and fly for a small distance.

Playtonic launched a Kickstarter campaign for Yooka-Laylee at 5pm BST, May 1. The campaign, which you can find here, was funded in 40 minutes. Those interested can still contribute, however, and backers can still buy the game for $15, though there will be extra rewards for those who contribute additional funds.

The game will be released on PC, Mac, Xbox One, PlayStation 4 and Wii U, with an expected delivery date of October 2016.

Regarding the Kickstarter, Playtonic said, “Together you can help our team create the game they’ve dreamed of making – and you might pick yourself up some cool swag in the process.”