As if the initial game wasn’t intense enough, SEGA is preparing even more ways to scare the crap out of you.  The first of five planned expansion packs for Alien Isolation is on the way, offering players unique perspectives on the events that took place on board that doomed space station.  Read on to learn all about the first expansion pack by reading on.

Announced on the official Alien Isolation website, the first expansion pack is entitled Corporate Lockdown, and places you in the role of a Seegson executive named Ransome.  As Ransome, you’ll try to escape the Sevastopol Station by successfully navigating through three new maps, Severence, Scorched Earth, and Loose Ends.  Each map will feature a series of objectives to complete, as well as side quests which can be taken for for additional points.  The new maps are tied into the game’s online leaderboards, where you’ll be able to compete for fastest times and highest score.

Corporate Lockdown also introduces the new Gauntlet Mode, where you’ll have to clear all three new maps without dying. 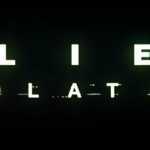 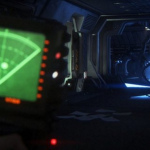