You have to give Nintendo credit for sticking to this “Direct” thing.  Sure, it’s not the way other companies in the industry handle announcements, but NIntendo isn’t other companies.  Their latest Nintendo Direct live stream contained a number of new trailers, and a few surprise premieres.  Read on for all the details.

Iwata didn’t waste any time, unveiling a brand new Zelda title right at the beginning of the presentation.  A mashup of Zelda and the hack-n-slash action of Tecmo Koei’s “Warriors” series, the game has a working title of Hyrule Warriors, and exists outside the canon Zelda universe.  So not exactly the new Wii U Zelda installment fans have been craving, but a pretty sweet looking game nonetheless.  Take a look at the trailer below.

Speaking of mashups, Nintendo also unveiled NES Remix, a Wii U eShop title that takes a dozen classic games from the original Nintendo Entertainment System, and mixes them up to offer nostalgic geezers like me the chance to experience old favorites in new ways. Like playing Donkey Kong as Link, or trying to complete the first level of Super mario Brothers in the dark. I can totally do that.  See for yourself below.

A brand new trailer for Mario Kart 8 was also shown, offering new looks at some of the game’s locations and karts. You’ll also get to see Waluigi getting owned as usual, which never gets old. I’m really liking the hover tires, even though they totally stole that from Back to the Future.

Hey, remember that totally awkward Donkey Kong Country: Tropical Freeze demo Nintendo gave during VGX? Well, now they’ve distilled all the Cranky Kong action down to a trailer which clocks in at under two minutes. Maybe they should have just shown that at VGX, and avoided all the pained expressions and threats of violence.

The 3DS also got plenty of love during Nintendo Direct, with a number of upcoming titles on display. New footage of Kirby: Triple Deluxe was shown, highlighting Kirby’s “hyper nova” power, which allows him to suck up nearly everything around him. If you’ve ever wondered what I look like eating pizza, well…

Up next was a teaser trailer for Yoshi’s New Island, and OMG U GUYS THE FEELS. The feels. Yoshi’s Island, both the SNES and GBA versions, is one of my all time favorite games, and this trailer brought back a lot of great memories. Although, I gotta say, watching Yoshi lay that enormous egg is a little disturbing. Other than that, though… can’t wait for this game.

A new demo for Bravely Default was also announced, which will feature a side story not included in the main game. I’ve never played this game, and RPG menu screens scare me, so I’m just gonna go watch the Yoshi again while the rest of you check out the trailer below.

There was a lot more announced in the presentation, including news on Pokeman, Chibi-Robo, and Dr. Luigi. Yes, you heard me right. Dr. Luigi. Oh, and there’s a creepy giant Reggie Mii. Check out the entire Nintendo Direct video below. 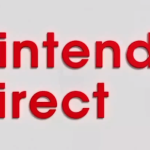 Nintendo Direct drops some 3DS and Wii U knowledge 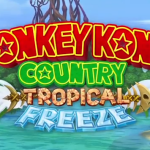