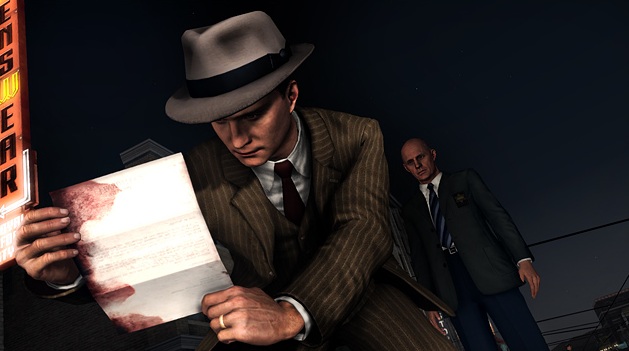 Good news for you PC players jonesing for some detective noire action – Rockstar and Team Bondi’s crime solving masterpiece LA Noire is now available for PC. Whether you live in North America, Europe or Australia – the game can now be enjoyed by gamers who prefer keyboard and mouse action to console shenanigans. To recap – the Complete Edition of LA Noire for the PC not only features the original full game, but also comes bundled with a multi-use code to access all the currently released DLC add-ons and cases. For the complete press release issued by Rockstar, check below.

In addition to the original full game, consumers that purchase L.A. Noire: The Complete Edition will receive a multi-use code to access all downloadable add-ons and cases. This includes all previously released DLC from the console versions, including the “Nicholson Electroplating” Arson case, “Reefer Madness” Vice case, “The Consul’s Car” Traffic case, “The Naked City” Vice case and “A Slip of the Tongue” Traffic case.

And there you have it – all the delicious awesomeness of LA Noire bundled together in one convenient release – not only for the PC, but for consoles too. Gamers who have yet to pick up LA Noire on console may wish to wait until November 15 when the complete edition will be released on the PS3 and Xbox360.