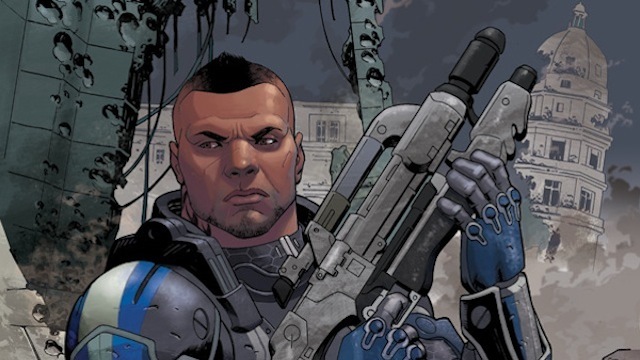 We really should have named today Mass Effect News day – with yet more information concerning the Mass Effect verse released. Bioware and Dark Horse have announced they are joining forces once again to create another comic series set within the Mass Effect Universe. This latest comic installment, called Mass Effect: Homeworlds, will feature main characters of the game, with each issue centering around a different character.

First up to feature is James Vega, mr G.I Joe Action Man who’ll be joining Shepard in attempting to defeat the Reapers in Mass Effect 3. Each of the Homeworlds comics will be written by Mass Effect 3 lead writer Mac Walters, and the first in the series is due out in April. The comics will be available in both physical and digital forms.

For a sneak peak of the first issue’s cover art featuring Mr Vega, head on over to Kotaku.

Bioware, I know the temptation to focus on Tali and Garrus is great, but please give me an Ash or Jack focused comic. Or Samara. Or even better, Kasumi. I’d read the heck out of a Kasumi comic. Not to mention Gianna Parasini….