Microsoft Getting Rid of Xbox Points 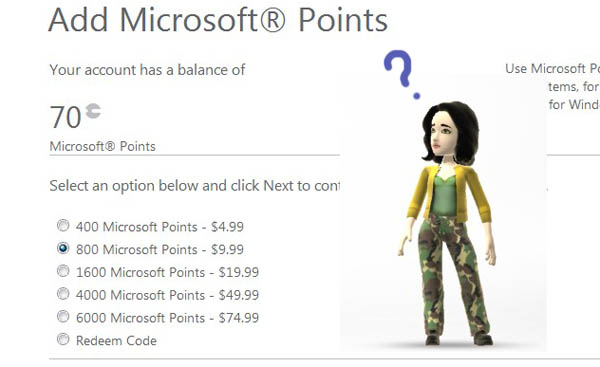 Well this is some good news for anyone like me who has no idea why anyone would ever do this in the first place.  According to The Verge, Microsoft is finally getting rid of that pesky point system.

I for one couldn’t be happier about this change.  I know what you’re saying. “It’s not that confusing, Jen!” and “All you have to do is math a little!”  Well you know what? No.  No I won’t have to anymore and I won’t have to constantly be scratching my head on how many points equals how many money.  When a game costs $14.95, my brain feels like it shouldn’t have to anything more than confirm that I will indeed pay $14.95 for a game.

Now that my little rant is over, I can tell you that in place of this system there will apparently be gift cards that will act as vouchers but if you want to real cash and credit card information you can do that too!  What a novel idea!   This new system will apparently work across systems as well on any Windows phone or Windows 8 or what have you.

Expect more information in the weeks ahead, especially from E3.

With this and the fact that EA has killed it’s online pass system, everything is coming up Milhouse!