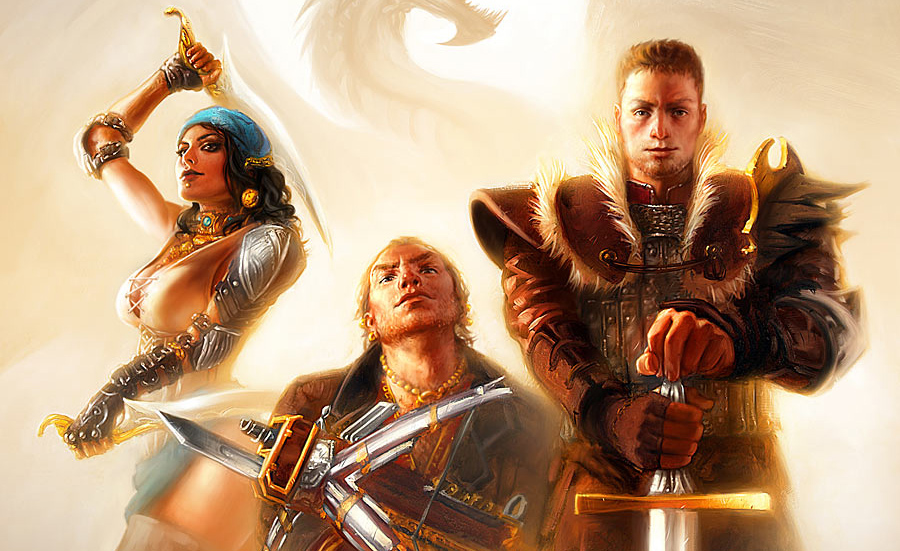 You may recall our interview with David Gaider and Mike Laidlaw from New York Comic Con in which they were nice enough to discuss the upcoming Dragon Age Comic Book series.  New details have emerged as well as a release date.  Keep reading for Dark Horse Comics’ statement.

The thrilling, six-part series will feature ariveting story that takes fans of the critically-acclaimed Dragon Age franchise deeper into the RPG’s mythology. Readers willfollow Alistair, Isabela, and Varric, three important heroes from Dragon Age: Origins and Dragon Age II, as they travel to Antiva,a nation ruled by deadly assassins. The comic series’ heroes will embark on anepic journey to uncover one of the greatest secrets in the history of Thedaswhile encountering a dangerous prison break and the mysterious and feared Witchof the Wilds.

As before, I’m incredibly stoked about this.  The Dragon Age world is such an immensely dense place comics seem like the best place to go without actually magically injecting me in the world. …. If there is a way to do this, Bioware please let me know.