Hot on the heels of yesterday’s announcement of their Super Dangerous Wub Wub Edition, Volition has released a brand new trailer for Saints Row 4, and it’s the most dramatic Saints Row trailer we’ve ever seen.  Read on to see it for yourself.

We’ve already been treated to some pretty amazing trailers for Saints Row 4.  The announcement trailer, you may recall, featured the greatest misspelling in the history of videogames.  Then there was the seven minutes of gameplay they unveiled at PAX East.  This newest trailer, however, reaches an entirely new level of awesomeness.  A new plane of awesome existence, if you will.  Entitled “War for Humanity.” it delves a little more into the story of Saints Row 4, and introduces some of the colorful characters who will be joining your gang.  Some you’ll recognize, and some… well, you’ll see.  Just be warned: this trailer is Dramatic.  No, that’s not a typo.  The D is capitalized because it’s that damn Dramatic.  So brace yourself.

See?  What did I tell you?  Dramatic as a windmill punch to the groin.  Also, it’s about time Keith David was hired to play Keith David, since it’s physically impossible for an actor to portray anyone cooler than Keith David.  Do the math, you’ll see.  Now, if you’re confused about the two Shaundis… lemme explain.  You see, between, Saints Row 2 and 3, Shaundi went through a bit of a transformation.

On the left, that’s the SR3 Shaundi.  On the right, how she looked in SR2.  They even switched her voice actress.  Some fans were a but confused by this, so it’s refreshing (and hilarious) to see Volition openly acknowledging the switch, and apparently incorporating it into the game’s storyline.

The Save Game global headquarters has been buzzing about Saints Row 4 for a long time, and this trailer has raised our anticipation all the way to eleven.  August 20th cannot come soon enough. 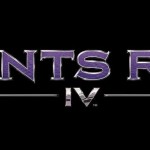 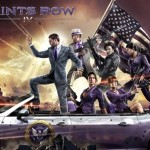 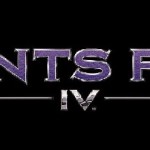 Make your own President in the Saints Row 4 Inauguration Station 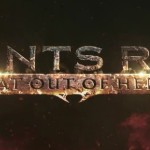