Saints Row 4 celebrates ‘Merica with the Commander in Chief Edition

Game developers have tried for decades to capture the essence of America, but none have ever truly succeeded until now.  Volition has unveiled their pre-order bonuses for Saint’s Row 4, and they’re enough to make a Tea Partier shed a tear.  Read on for the details.

Behold, the Commander in Chief Edition.  The most freedom loving collection of pre-order bonuses you’ve ever laid eyes on. 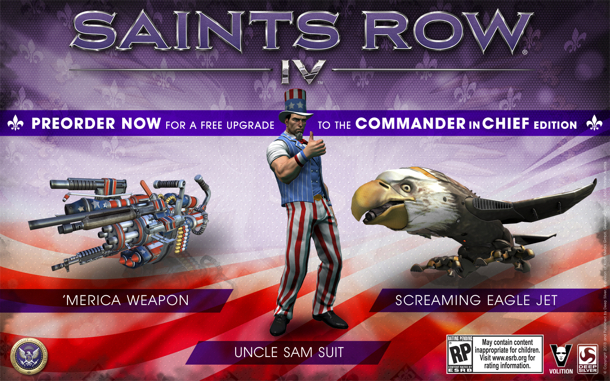 The ‘Merica Weapon fires a wide variety projectiles, including rockets, flames, and dub step.  I haven’t seen it in action yet, but I think it’s safe to say that the Shark Gun from Armed & Dangerous is no longer the greatest weapon in the history of videogames.  The Uncle Sam Suit is pretty self-explanatory, and is just about the sexiest outfit ever worn by a videogame character.  The Screaming Eagle Jet can fire missles out of its talons, and can incapacitate enemies with its “Sonic Scream” weapon.  It doesn’t actually cause any pain, though.  Your foes will just be overcome with American pride, and drop to their knees upon hearing the mighty eagle’s call.

While no specific outlets were announced beyond “major retailers,” it’s a safe bet that the Commander in Chief Edition will be available wherever awesome games are sold.  Also keep in mind that this is not a collector’s edition, just a pre-order bonus.  So you can consider those collector’s edition expectations raised.  Saint’s Row 4 will be out on August 20th in ‘Merica, and August 23rd everywhere else.

PS: is it just me, or does the Screaming Eagle Jet bear a striking resemblance to Hawk’s ship from Buck Rogers? 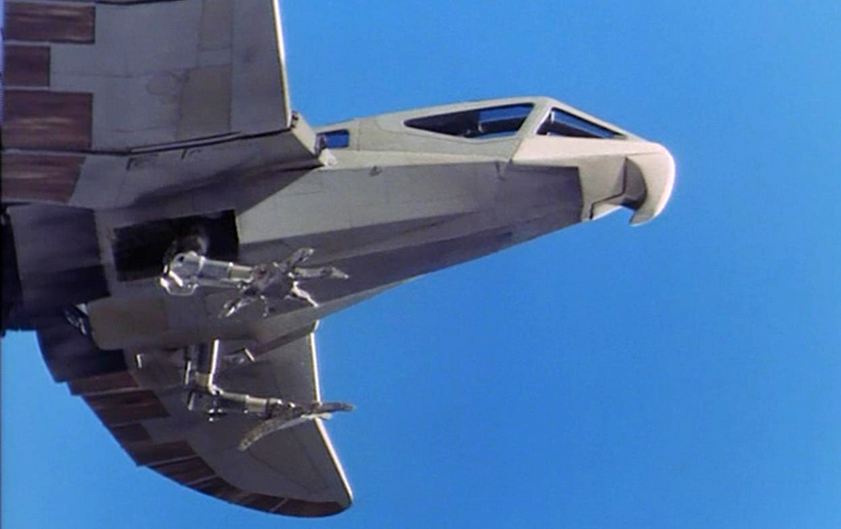