Hey, better late than never… right?  Nearly a year after one of the most contentious, problem filled launches in video game history, EA and Maxis have decided to do what they probably should have done a long, loooong time ago.  They’re adding a single player offline mode to SimCity.  Read on for the details.

If anyone happened to spend most of last March vacationing under a rock, allow me to bring you up to speed.  SimCity, the latest iteration of the venerable Maxis franchise, was launched in March 2013 amid a storm of controversy.  Unlike previous SimCity games, this new one forced players into an online multiplayer system which required a persistent internet connection.  Developers heralded the changes as an opportunity for players to coexist in a huge, ever changing world where interconnected cities could thrive and grow in ways which were previously impossible.  What players got were servers that melted down almost immediately, and saved cities that vanished into nothing.  The fans were furious, and more than a bit incredulous.  Why couldn’t EA just give them the offline mode they wanted?  Their answer came in the form of this infamous tweet.

@Azbiker72 The game was designed for MP, we sim the entire region on the server so this is just not possible — SimCity (@simcity) March 9, 2013

Yeeeeah, about that. As most fans always suspected, it turns out that EA might have been lying, or at least exaggerating, when it said that their new version of SimCity couldn’t function without its much maligned “always on” internet connection. Or maybe it really couldn’t back then.  We’ll likely never know for sure.  But at long last, Maxis and EA have come to their senses.  The ability to play the game offline, by yourself, is on the way. In a blog post on the official SimCity website, Maxis general manager Patrick Buechner announced that developers were currently in the testing phase of an update which will give players to option to experience SimCity without connecting to the internet.  The free download, officially referred to as Update 10, will add a single player mode to the game, and give players the ability to save their cities locally to their computers, while still allowing access to all previously downloaded content.  Disconnecting SimCity from servers and cloud storage also opens the game up to modding, and Maxis will soon be unveiling a series of tutorials to help fans bring their own creations into the game.  There’s no release date for the update, but Buechner insists that he wants to give player the new offline mode “as soon as possible.” Soooo yay?  I guess?  Maxis and EA are definitely making the right decision here.  Giving players the ability to play the game offline is a welcome addition, and will likely coax some who passed on the game last year to give it a second look.  But this change of heart doesn’t change the fact that a single player offline mode should have been part of the game all along.  It’s the way SimCity has been played since its inception, nearly a quarter century ago.  It remains to be seen whether or not EA and Maxis can fully repair the damage done to the SimCity franchise and fanbase. 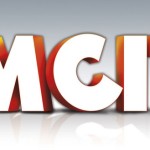 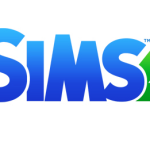 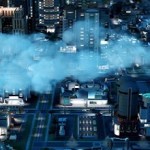 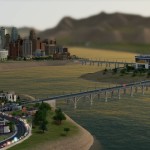