SSX gets Tricky in new trailer 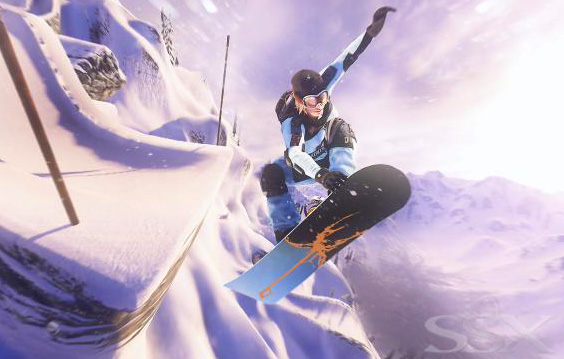 It’s hard to believe, but there has never been an SSX title on PS3 or XBOX360. The series has been languishing since its glory days on the previous generation of consoles. That is about to change, however, with the arrival of a new title, simply titled SSX,  in a little under two months. To gets fans excited, EA has released a new trailer that shows off some amazing new gameplay, while at the same time triggering serious nostalgia for long time fans.

Appropriately titled the “Accolades” trailer, the video highlights some of the great things media outlets have been saying about the forthcoming title. It also showcases some of the incredible new gameplay. In addition to their trusty snowboards, players will be able to utilize helicopters and wingsuits as they shred through the enivronments, all based on real world locations. The sizzling images are accompanied by a remixed version of the iconic “It’s Tricky” track that was put to memorable use in the second game of the series, released a decade ago. Keen eyed fans will also catch glimpses of returning characters such as Elise Riggs, Kaori Nishidrake, and Eddie Wachowski.

I don’t know about you, but I’m sold. SSX launches on February 28th in North America, and March 2nd worldwide.