Transistor is the second title from Supergiant Games, an independent developer based in San Jose, California.  Their first game, Bastion, was a surprise critical and commercial hit back in 2011, so interest in their followup project has been high.  Transistor is that followup, and by the looks of it, the game will be a worthy successor to Bastion.

In Transistor, you play as Red, a famous singer who is attacked by the Process, a gang of robotic soldiers commanded by a mysterious group known only as the Camerata.  After the attack, Red comes into the possession of the Transistor, a magical sword-like weapon which has been imbued with the voice and consciousness of the last person to fall victim to itbefore being found by Red.  Now, Red must fight back against the Process and Camerata, who are hunting her and the Transistor down for as-yet unknown reasons.

An intriguing mix of real time action and turn based strategy, Transistor features some of the most stunning artwork I’ve ever seen.  If the gameplay is half as good as the design, Transistor will be a thoroughly enjoyable experience.  Check out the launch trailer below.

Transistor is out now for PS4 and Steam, and there are rumors of the game coming to more platforms in the future. If and when we hear anything, we’ll be sure to share the news with you. If you’re interested in learning more about Transistor and Supergiant Games, check out Katy Goodman and Robyn Miller’s two part interview with Transistor’s audio director Darren Korb here and here. 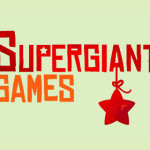 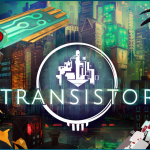 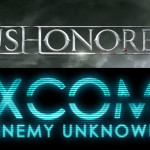 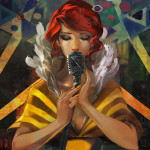