Far Cry fans take note – Ubisoft have announced the most recent uber special edition of their upcoming blockbuster title Far Cry 4. The Ultimate Kyrat Edition is touted as the most complete Far Cry 4 package available, and will include a glee-inducing assortment of extra special features.

Presented in a special box, the Ultimate Kyrat Edition will include all the elements featured in the Kyrat Edition and the Limited Edition as well as the Season Pass allowing players access to forthcoming Far Cry 4 DLC. The Ultimate Kyrat Edition is only available in European, Middle East and Asian territories inclusive of Australia and New Zealand. Players will be able to purchase the UKE for PS4, Xbox One and PC via the uPlay Shop, here.

And for those lovely items in pictorial form, check the image below. 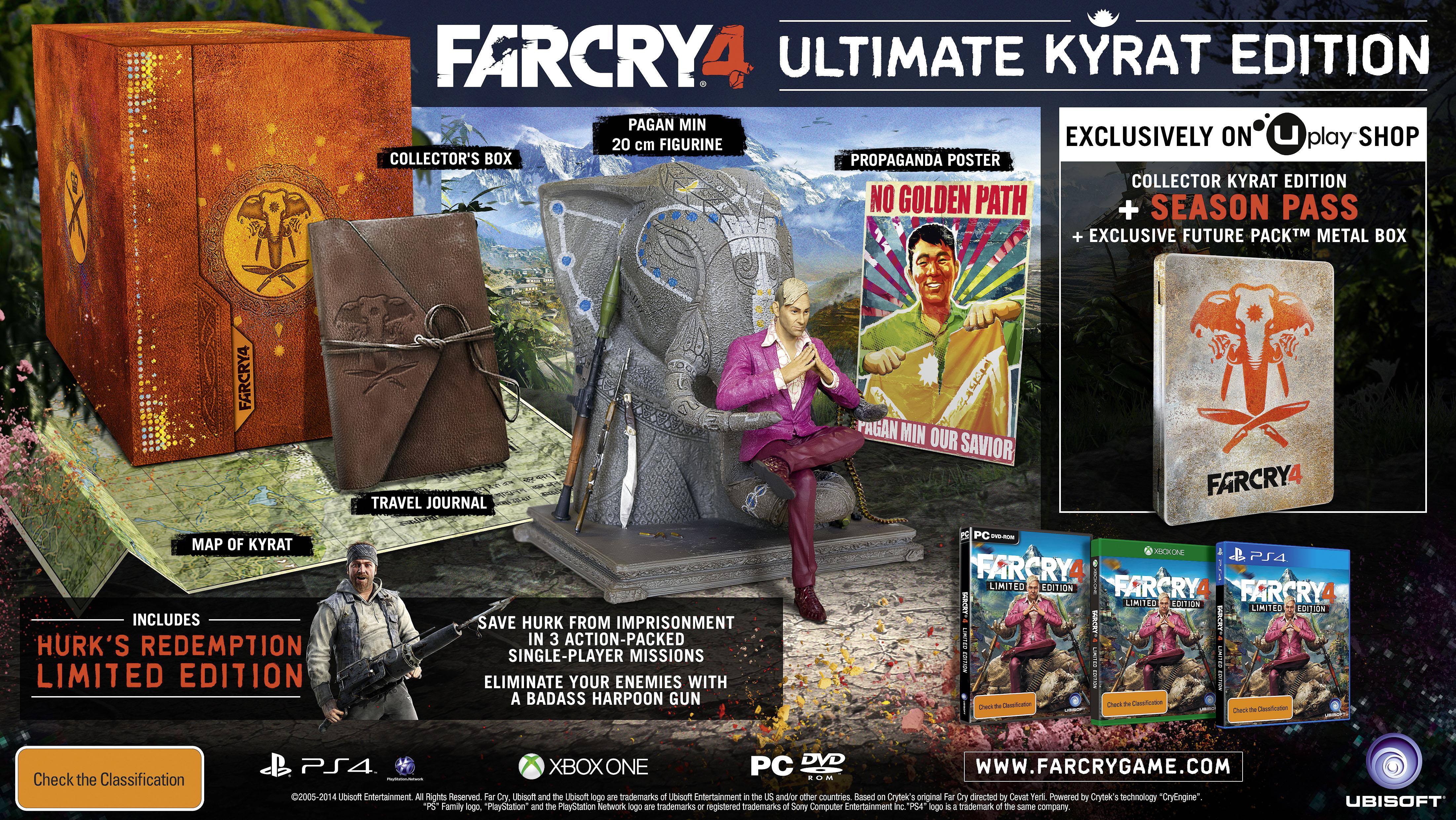