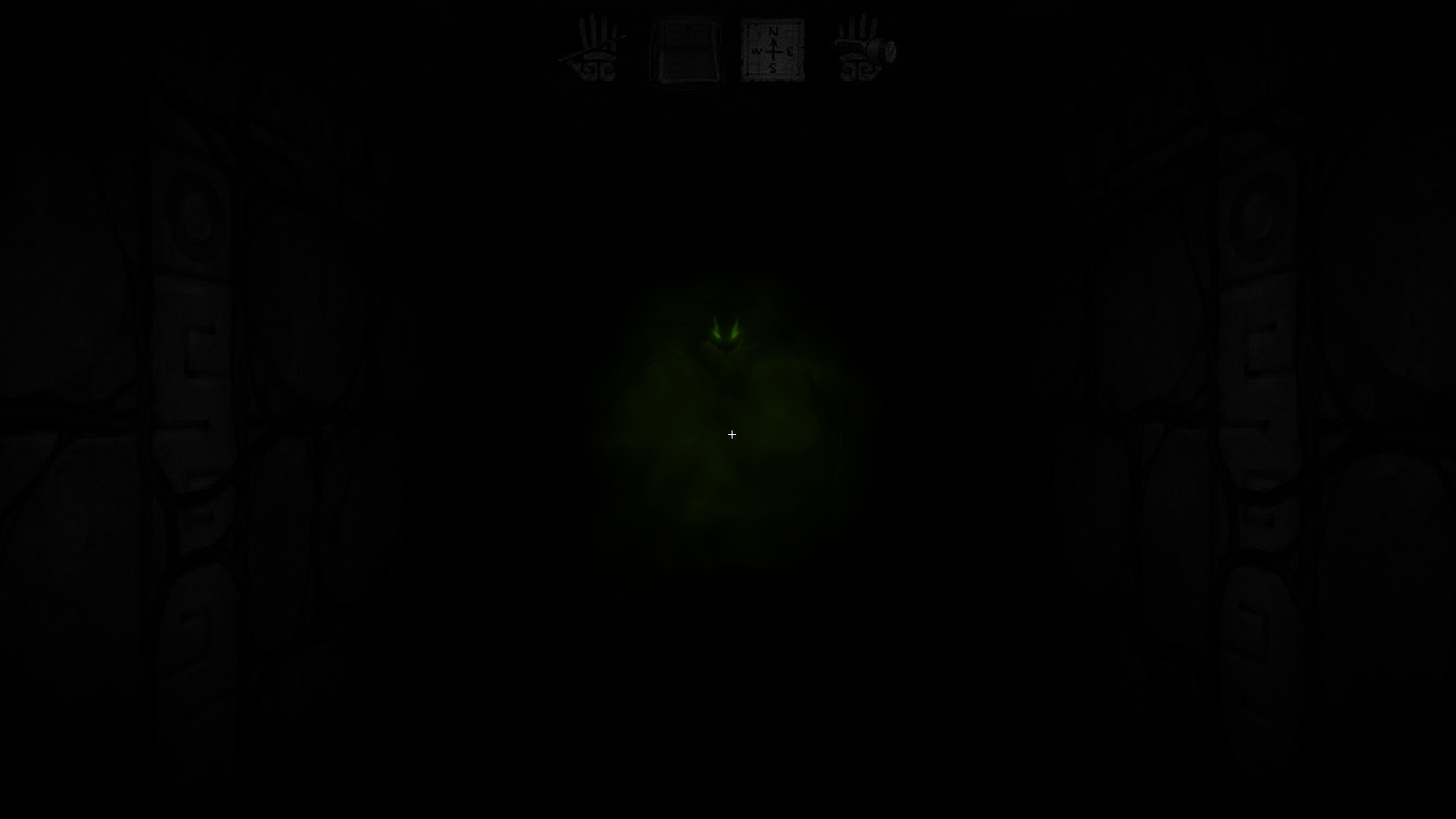 I Can’t Escape: Darkness is a horror game that feels like a forgotten entry from the time of Wizardry VII or Ultima Underworld, but lacks the depth associated with those games that might make it overcome its trangressions. It is not an RPG, instead playing more like a puzzle-based roguelike.

As the successor to the newgrounds game I Can’t Escape, it’s an interesting case. The game is entertaining in some ways, but ultimately relies on death as its main teacher, lacks the polish or atmosphere of other indie horror, and feels like a relic of an bygone era rather than a tribute to it.

One vestige of gaming from earlier times is that they did little to guide the player. A manual might hold some tricks, but it was about learning by doing. Playing a game like Icewind Dale or Alone in the Dark (we’re talking original here) would draw you into death, and depending on the style, you’d either change tactics or avoid confrontations altogether. Sure, the run-and-gun approach was there for some games, but the more complicated puzzles took time.

I Can’t Escape: Darkness falls into the hands-off approach. The tutorial will tell you a little about how to play, but most of the traps and problems you’ll encounter will be ones you’ll either have to decipher yourself, or just be lucky about. As there’s no clear indicators, sometimes it can feel unfair in how it plays, as though the problems it gives you are random. They’re not, but it can feel like it. 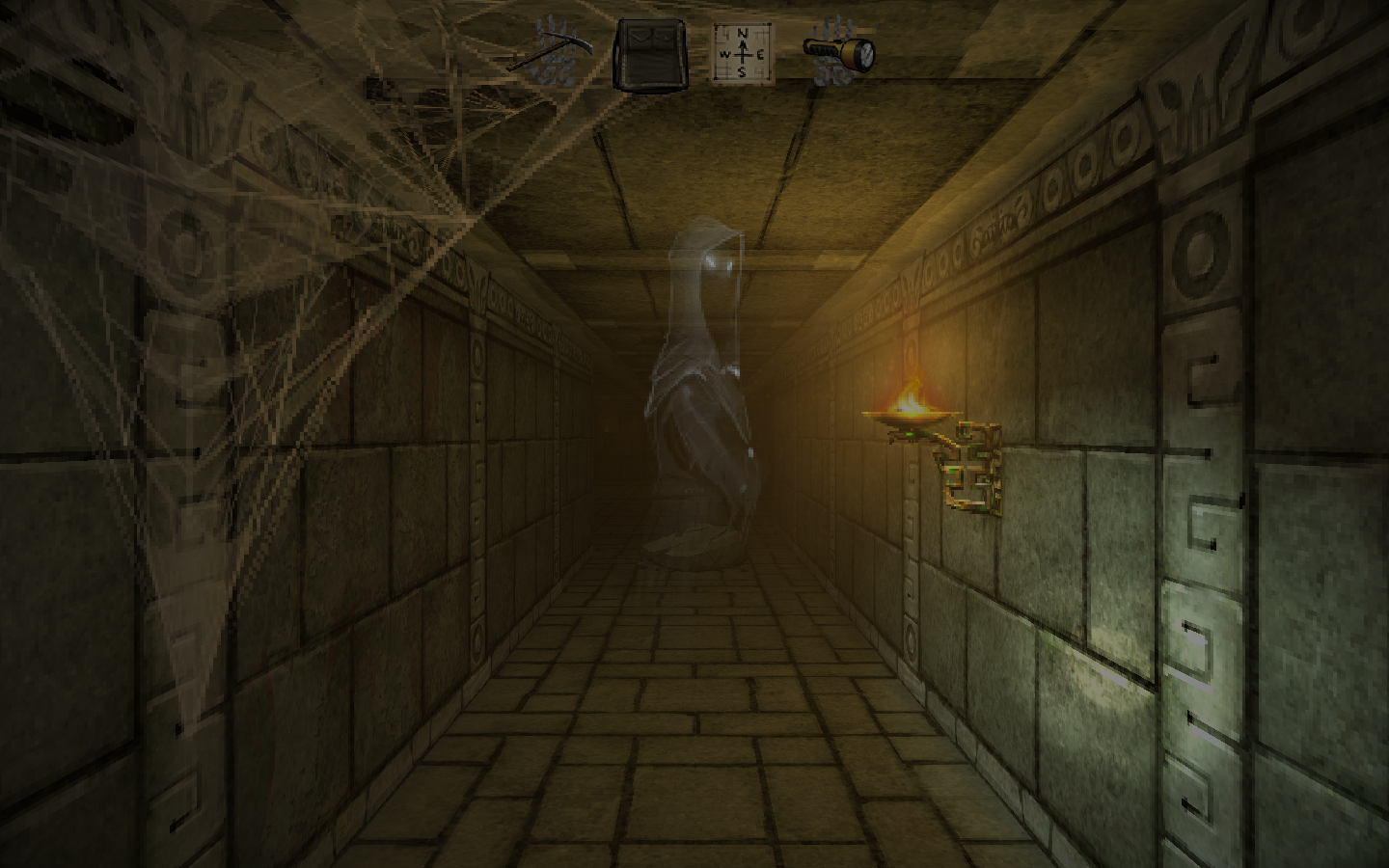 It’s very much a game where you have to learn by trying something and getting it wrong. It relies on knowledge you can only get through failing (or reading tips), which makes it feel unfair. This is the first major problem with the game. It’s not quite as bad as really old-school random-death-generators like Gold Rush! or The Oregon Trail.

It’s fine to lay clues and punish a player, but requiring them to try something and be wrong to learn from a fatal mistake feels cheap – as though the developer is shouting “Gotcha!”, then gloating about how clever they are. They’ll encounter a wandering ghost or an animated knot of vines, but trial and error is your means for uncovering which will be an ally.

The premise of the game is that you’ve fallen into a dungeon of sorts, which has been overtaken by the darkness. No, it’s not a Destiny tie-in. As you descend further into the dungeon, this malevolent force grows in power, and you’re more susceptible to the entity that lurks in the shadows. Armed with a flashlight, a stick, and whatever else you grab along the way, you have little chance to survive.

There’s an underlying story of something else in the dungeon, the last ditch resistance against the darkness, but ultimately your focus will be on collecting things, descending as far as you can, and then hoping you’ve brought enough keys to get out of the final door before the darkness gets you. 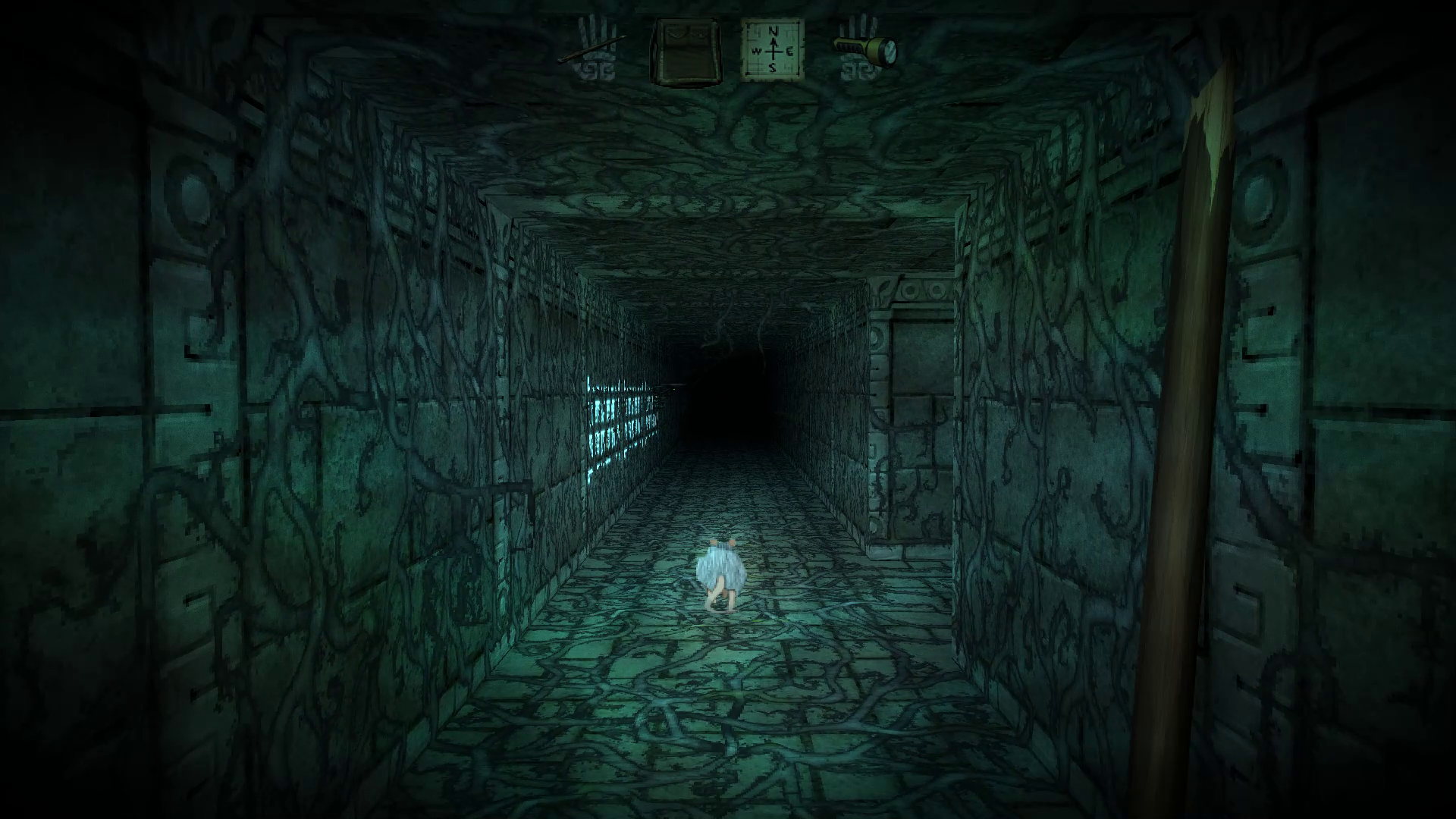 The atmosphere of the game is okay, but doesn’t bring the right level of gloom or spookiness. Sound is mostly an ambient spooky track, with a spattering of atmospheric sounds and the relevant effects responding to the actions on the screen.

I Can’t Escape: Darkness doesn’t move far past the visual style of the older decades either. It’s a step above the retro-pixelised look that’s become so common of late, and is better than what was had during the era that seems to have inspired the game. It could do with more in art direction – the closest the game gets to something special is when the walls are illuminated with runes (for reasons), though it doesn’t reinforce the sought-after atmosphere.

These concerns are minor next to the second major issue with the game – the interface. 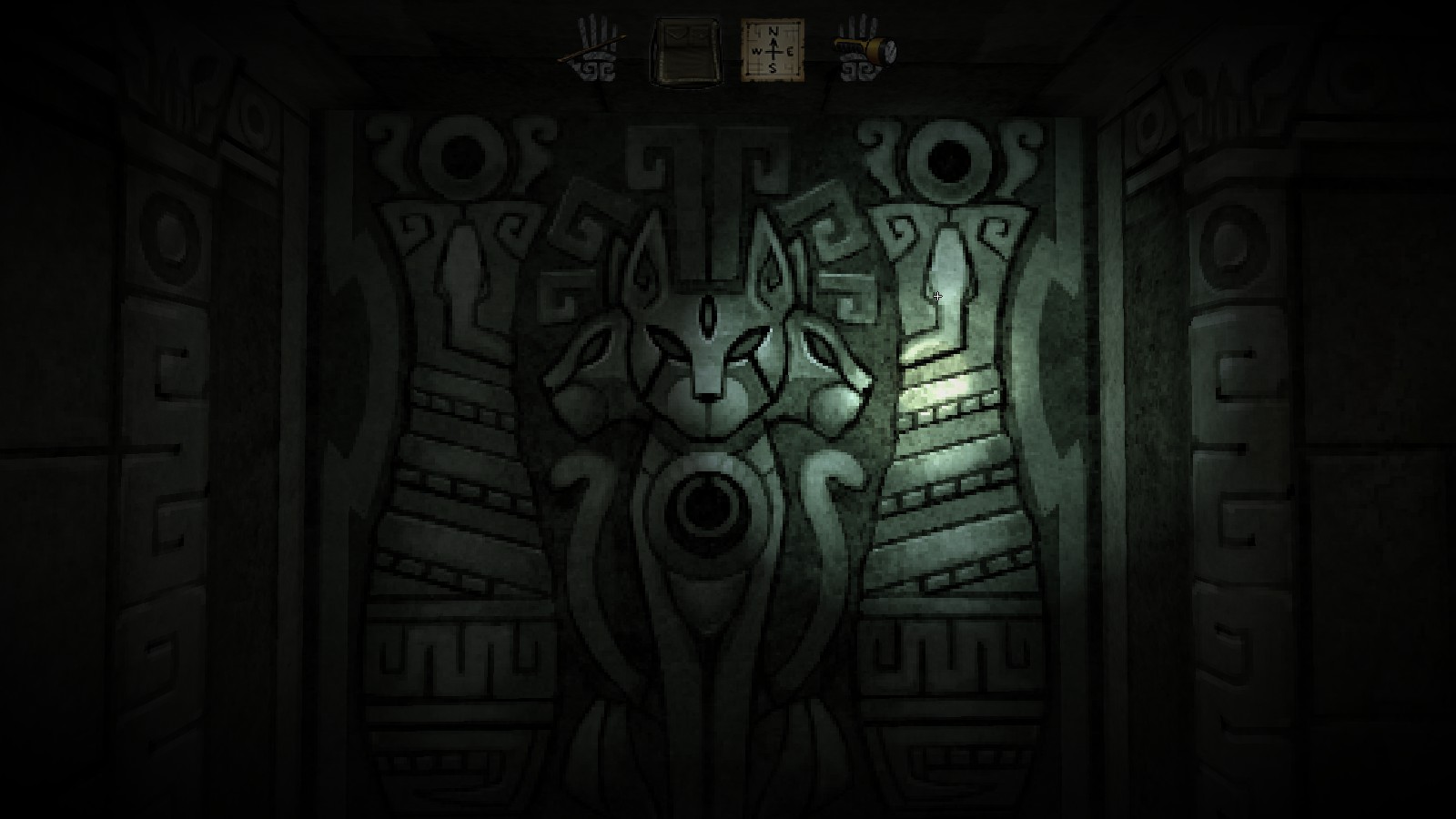 The simplest way to put it is that the control scheme is antiquated and the interface feels clunky. The player takes large moves around what feels like a boardgame, making up the steps that the game tracks for its score keeping. Unfortunately turns of the view angle happen independent of any movement, and all at ninety-degree angles. It’s a constraint that feels dated, and makes this new game feel one that hasn’t aged well.

Interacting with items can become a death trap of their own, with some of the in-game notes being triggers for predetermined events. Taking items out of inventory, picking them up, throwing them, and having to close the inventory screen so the throw doesn’t become a drop feels like an unnecessary obstacle to playing the game. As much of the challenge of the game comes from the control scheme as from the dungeon itself.

As experiences go, it has something a little different, but at a price of $11.99 USD, it’s hard to look past the dated play elements and style. That’s a little better at the current discounted price of $9.95 USD, but for the most part, I Can’t Escape: Darkness doesn’t feel that far removed from its newgrounds predecessor. 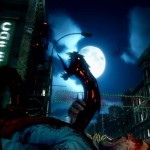 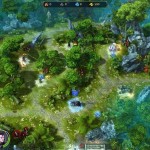 The Darkness II – The Brotherhood Trailer 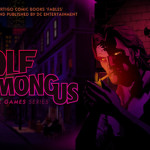