Buying a game used to be different. Sure, if you weren’t around for it, you could put it down to the ravings of an old man doped-up on nostalgia, pining for a time that never existed. We’re at a point now where even the case a game used to come in is optional, while the days of manuals being included are behind us and those side-books that related to the world of the game? Those are now just rumours written in the wind, scoffed at as mis-remembered anecdotes to those that can’t imagine a world with printed material.

Icewind Dale was first released in such a world – the kind where you got an oversized cardboard box, where you ripped off the shrink-wrap to get at the books inside, and poured over everything while waiting for the game to install (or in some cases, as you were on the way home with the game in tow).

The game opens much as it did before, with an opening cinematic intended to set the scene. Oh sure, there’s menus and such before then, a bunch of options, and the ability to go straight to the expansion, but we’ll concern ourselves with the real thing for now. Opening cinematic. Bam. It’s narrated by an old guy who tells about the history of the region, the events in the past that will have a greater bearing on the tale to be played out in the game, and all those sorts of story bits. It’s probably the thing about the game that feels most like a relic, leaning heavily toward exposition and a reminder that we’ve come so far with game narratives (even if we’re still on that journey). 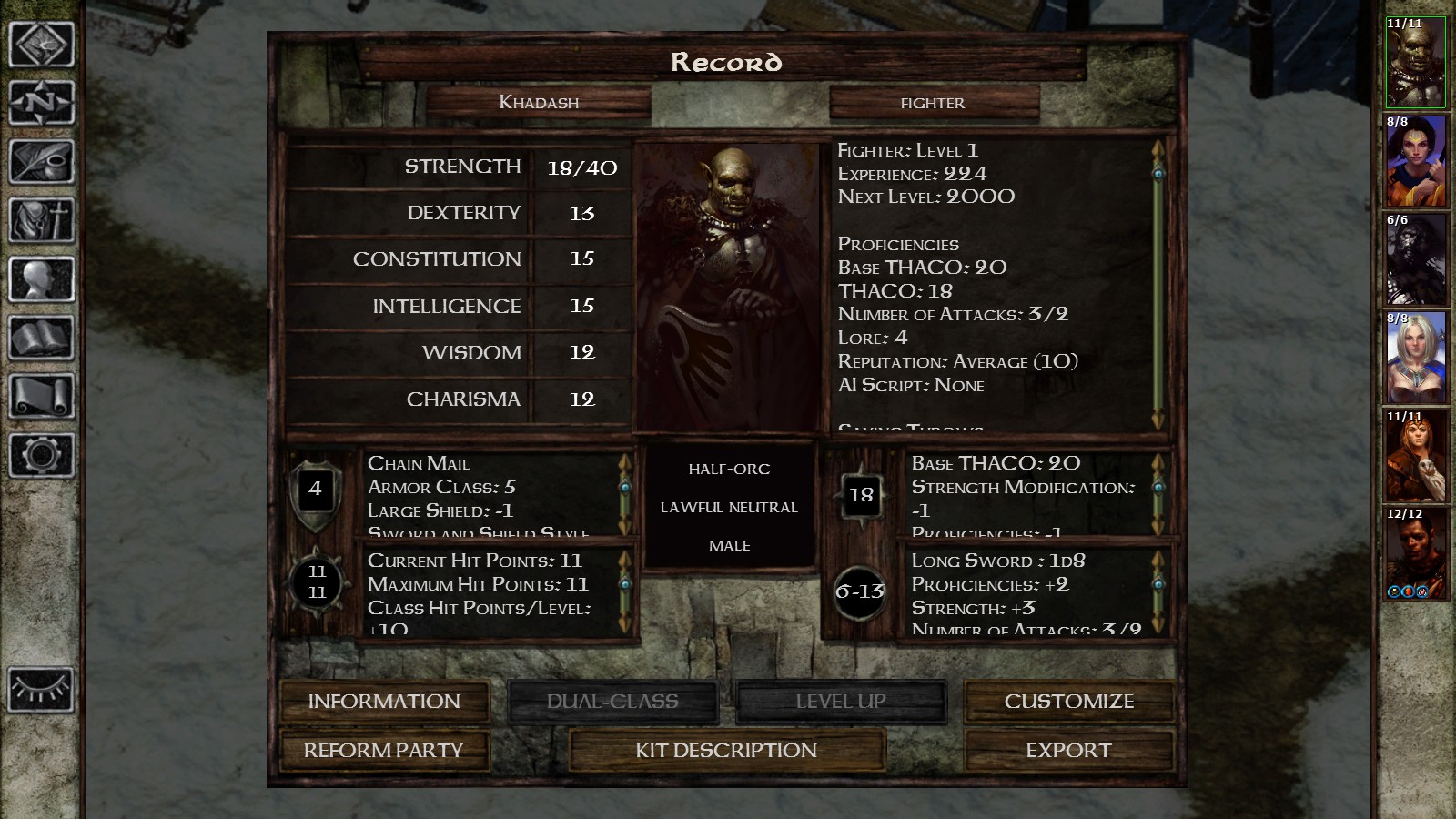 Once it gets to the playable stage of the game, one of the first things that strikes you about Icewind Dale Enhanced Edition is that it doesn’t hold your hand – it is brutally unforgiving. Playing through this new edition of the game reminded me of my previous encounter with the series, where I reached a point that I couldn’t progress from. After pathetically struggling to get past a group of goblins, I reverted to a savepoint far earlier in the game and played again. Whatever mistakes I made first time around had been averted, and those same goblins no longer presented a challenge.

Ah, but I’m getting ahead of myself.

From a play perspective, our real story begins with a group of hapless adventurers (that’s us) standing around in a tavern, when they’re approached by a stranger with a mysterious quest. Yes, maximum trope saturation right out of the gate.

The draw with Icewind Dale was never in its story, but in the depth of gameplay. In its original state, it possessed a very thorough take on the 2nd edition D&D mechanics, yet the enhanced game takes that further, bringing even more choices to the player to let you try out different styles of playing. It’s an exemplar of the easy-to-learn/hard-to-master that is so integral in the depth of a game. The simple ins and outs of how to control the party, choose attacks, and get thoroughly trounced by rats. 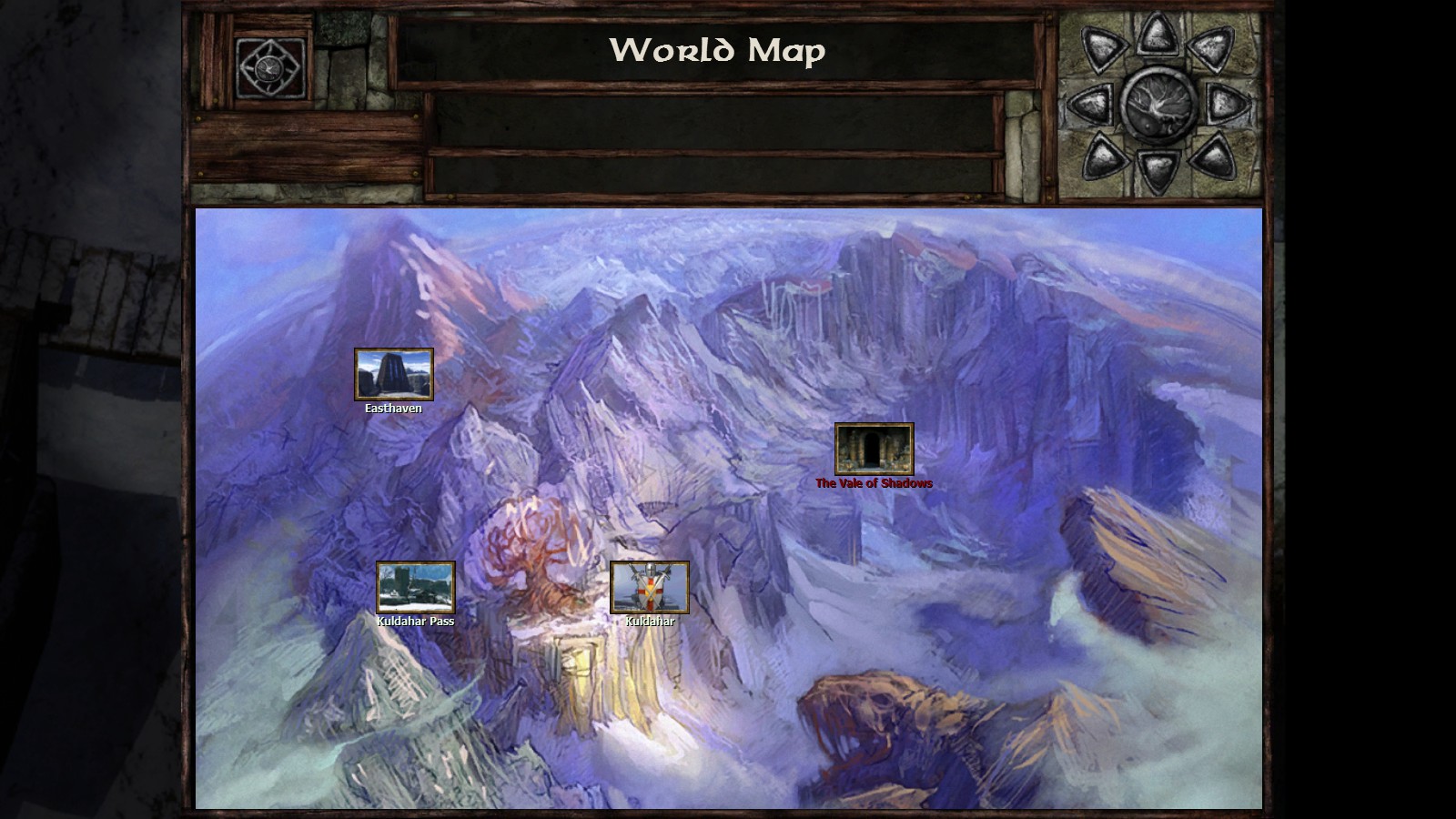 It’s one of those games where every time you go back to it, you’ve learned a little more, and you’re a touch more able to get through it easier. For my most recent playthrough, I stuck to some core character classes, bringing a Fighter and Barbarian as my two tanks up-front, a Mage and Ranger for some ranged kabooms, a Cleric for healing and a Bard for general support. I found it a bit easier to get through the first round of goblins that originally gave me so much strife, but then I also approached it more tactically – getting my ranger to pull (WoW Hunter from way back, it’s our job. THEN WE GET ALL THE LOOT!) and letting the meatheads up front soak as much damage as they could. I’m sure the wolves beyond the bridge will tear my level 1 party apart, but already it feels like I’m playing with more competency than my last run had.

Beyond what the original game offered (and that little allusion to some extra content), Icewind Dale Enhanced Edition includes the expansions Heart of Winter and Trials of the Luremaster, additional quest content cut from the original release, many of the enhancements from Baldur’s Gate (additional spells, classes and items), and cooperative multiplayer.

Unfortunately the artwork couldn’t be remastered as with the Baldur’s Gate enhanced editions, as the original artwork had been lost. It’s unfortunate and does mean it doesn’t have that added level of polish but what you see is how it originally appeared. (Originally I said it had been remastered, but was corrected on this point). Nostalgia and that inevitable tread forward that makes the games you grew up with look ghastly bare bridged the gap though it could’ve been so much nicer if the original stuff was around. It’s true to the original and would presumably look crisp on portable screens (the game being available on tablets and phones), however lacks that oomph factor on a bigger screen. The world environments might have been retouched, but the game would’ve seemed fresher with enhancements to the character sprites and portraits, and better effects.

The music for Icewind Dale Enhanced Edition is by Jeremy Soule, and like all of his work, will get stuck in your head. The audio besides does the job, and while you can customise the voice of each of your character, they cycle through a series of simple phrases depending on what you’re doing, and sure, they possess a little bit of kitschy charm in phrases like “The silent blade cuts best!”. Some of the NPCs are voiced but overall the sound design is utilitarian, does the job, but nothing to get excited about beyond the music.

The variety in class content, ability to export your characters and re-use them, and play at increasing levels of difficulty also ensures the game has huge amounts of replayability that elevate it past its minimal superficial gloss and into something bigger than it seems – and brings the game’s place in RPG history into an area more concrete, reaffirming the choice to enhance the game. 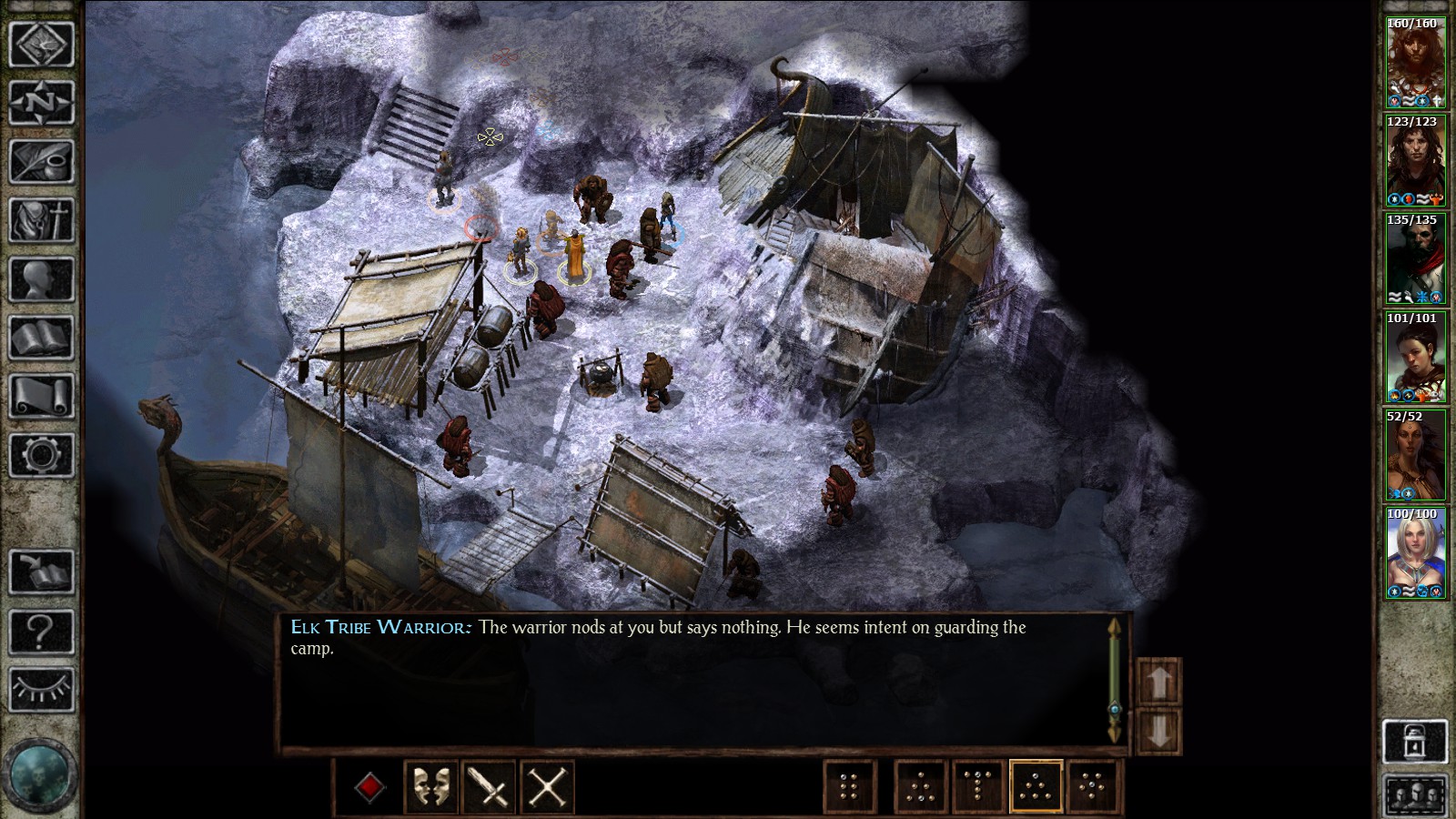 The game itself is most likely to appeal to those who either played the original game, the enhanced editions of Baldur’s Gate and Baldur’s Gate II, and D&D/RPG fans who want a deep combat system to master. It is not the kind of game one jumps into and is instantly competent (unless you know your D&D), but the one that you’ll become better at over time. Even the smaller successes in battle provide that feeling of accomplishment and like other difficult games, you’ll feel yourself drawn back to the game and the challenge it provides.

Icewind Dale: Enhanced Edition was released in November 2014, and is available on PC via Beamdog, Steam and GOG.com, on Apple devices via the AppStore, and Android devices via Google Play.