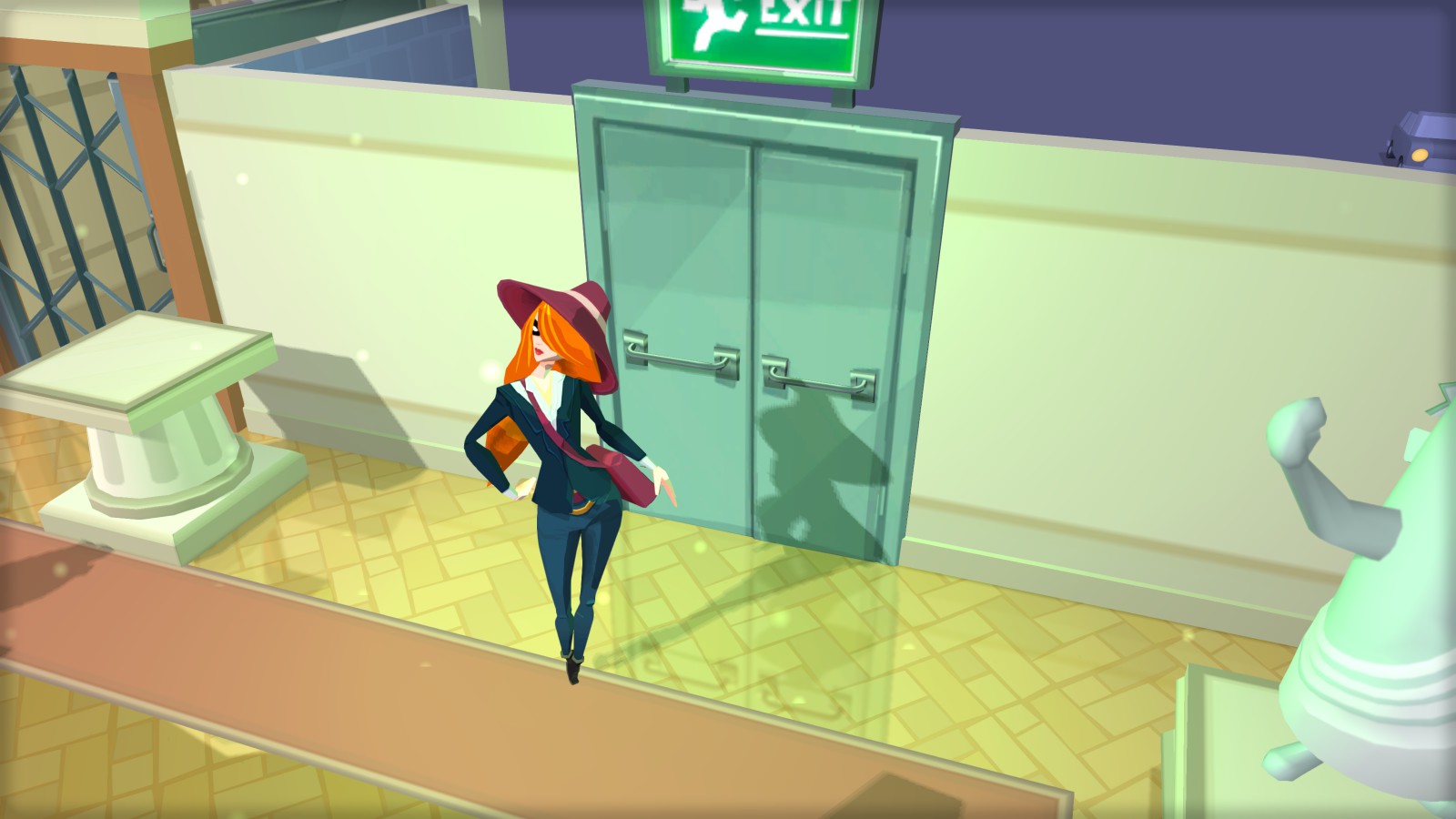 While shooters may push the aura surrounding schoolyard bouts of cops and robbers, and parkour-heavy games reimagining the floor is lava, The Marvellous Miss Take brings back the feelings of a chase, outsmarting opponents bigger, stronger and faster than you, by using the weapon that sits inside your skull.

The first thing that catches your attention with the game is the style; bright, heavily stylised and if not art nouveau, that funky brand of artistry that those without an arts degree assume is art nouveau. It’s art nouveau, right?

Before I upset the disillusioned artists of the world with my layperson labelling, let’s talk about the music. I’m calling it jazz, and pretty sure I’m on the money there, but in case I’m wrong again, it’s a jaunty pop of upbeat tones that work well with the art style in bringing one point to bear- we’re here to have fun and The Marvellous Miss Take is about that. 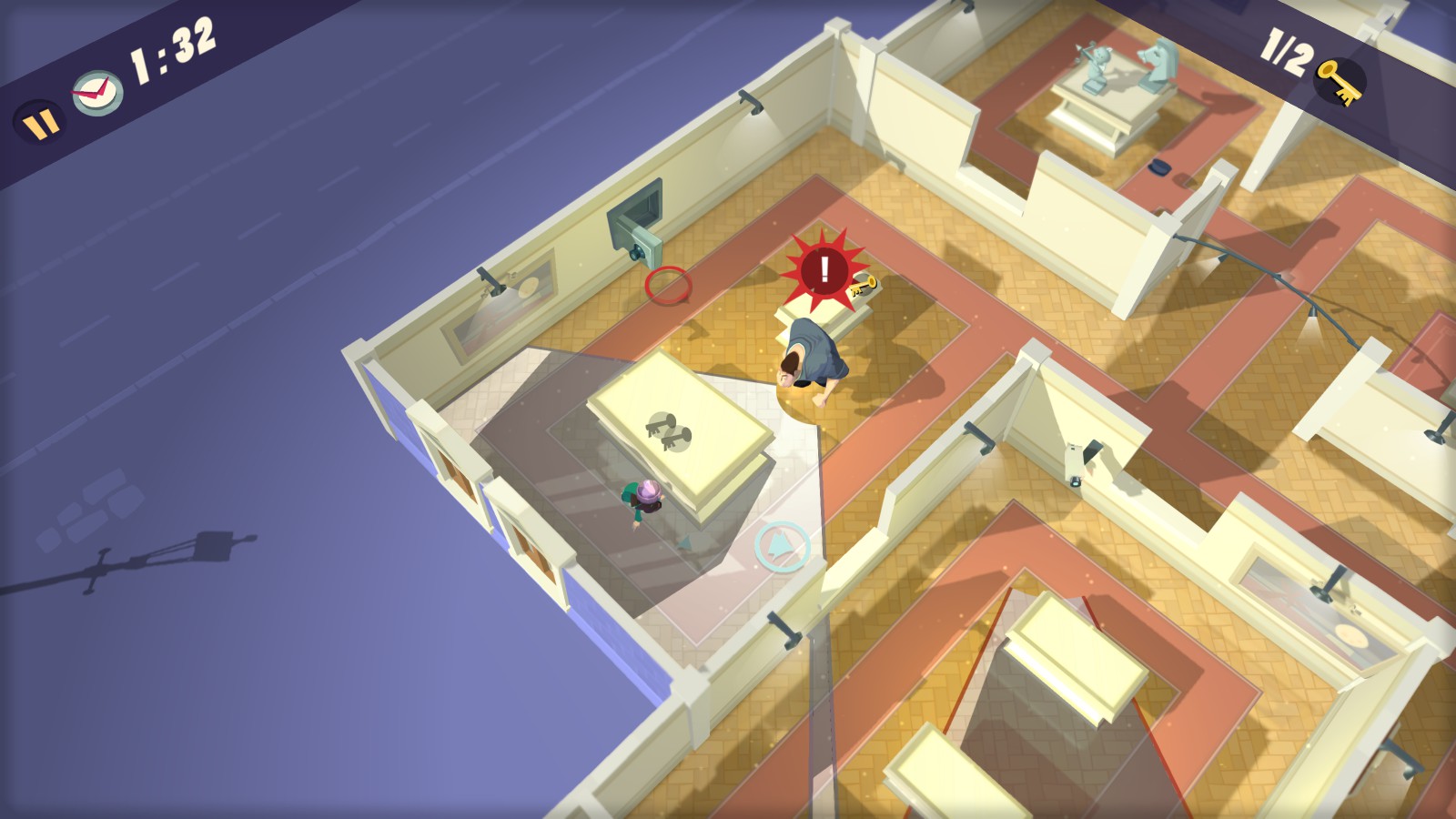 The story is simple, but not without charm. Our entry point is a disaffected would-be heiress who decides to right the wrong done to her by a conniving relative, and reclaim the works of art willed to her by a doting yet deceased aunt. It’s a little bit of Robin Hood, robbing from the rich to return valuables to those more worthy – even if it’s Miss Sophia Take herself.

You can almost catch the excitement felt by the character as she sets out to pilfer back her rightful inheritance, yet it’s easy to see that it’s as much about serving justice for her as it is about the thrill. It’s a little bit Oceans Eleven meets The Thomas Crown Affair there, and it all serves to enhance the bright, cheeky mood of the game.

The elements of play start simple, showing how to move around, distract and steal paintings. New elements are added gradually, both to the burgling abilities and to the security systems arrayed against us. Over time it becomes a balance between blitzing through the level and waiting for the opportunity to pounce on a prize painting. Even with the bright surroundings, there’s urgency as the security guards move to your hiding place, or the sniffer dogs drop by. While the objectives do stay the same, what’s particularly great about the game is that it increases in complexity.

In addition to the titular character, there’s a potential of two accomplices. There’s Harry, a slow-moving dude with a cane and a loud, bouncy toy, and there’s also Daisy, a sneaky safe-cracking pickpocket. Each of the three characters plays differently, and the tactics that work for one won’t work so easily for the others. The Marvellous Miss Take is played via mouse, though had a patch today that adds controller support for another subtle shift in play-style. 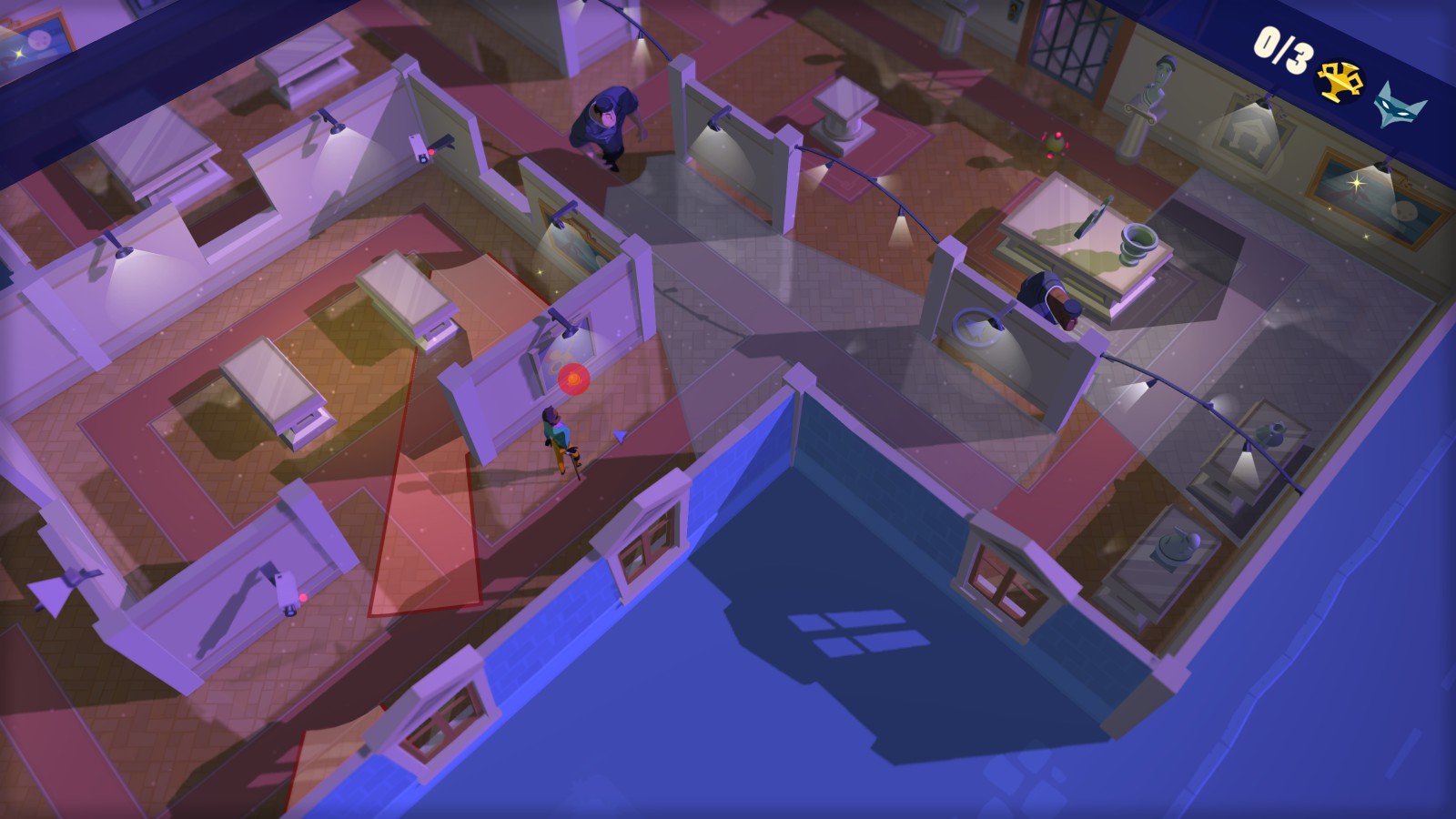 Sometimes it can feel as though your luck is as relevant to your success as any measure of skill, especially early on, yet it’s in getting a perfect streak of a clean sweep done quick that you’ll feel the biggest sense of accomplishment.

All of the elements of the game work well together, and bring the game to fruition in a way that feels fresh. It’s by no means a deep affair, but if you’ve like a light-hearted yet exhilarating puzzle to play, steal a glance at The Marvellous Miss Take.

The Marvellous Miss Take was developed by Wonderstruck and released on Steam in November 2014. It’s available on Steam and GOG, and you can find more information on the official website, misstakegame.com.