Mass Effect: Paragon Lost is an anime feature film tie-in set in the Mass Effect universe. Available to buy through Madman Entertainment, Paragon Lost is a collaborative effort by Bioware and Production I.G (Ghost in the Shell, Kill Bill: Vol 1). It’s an excellent addition to the Mass Effect verse, and it offers something for both die-hard fans and those new to the series.

Mass Effect: Paragon Lost is a prequel to Mass Effect 3 and follows the early career of soldier and Alliance marine (and later Mass Effect 3 squadmate) James Vega as he and his squad do battle against the Collectors. Mass Effect fans will recognise the collectors as the main big bad from Mass Effect 2 and this tie-in is one of many nods to those familiar with the Mass Effect Canon. But more on that later.

First things first – Mass Effect: Paragon Lost is, as has already been mentioned, an anime movie. I will state up front that I am not an anime fan. I don’t watch anime movies, or read anime comics; I’m not hooked into the anime scene, and if I’m being completely honest, I’ve never understood the fascination with anime as a genre. Having said that, I found Paragon Lost a highly enjoyable film. This may be due to the fact that it handles the Mass Effect universe and its subject matter exceptionally well, but it speaks volumes for Mass Effect: Paragon Lost that I, as someone who is uninterested in Anime, can come away from watching the movie thinking ‘I want to watch that again.’

And watch again I did.

The storyline is nothing inspired and is rather predictable in parts (and groanworthy in others), however the writing and the dialogue fit perfectly into the Mass Effect universe. The movie retains the magic of the games, and you’ll feel a similar wonder and awe watching the movie as you do exploring the game world. Those working on Paragon Lost have clearly done their homework, and the treatment of characters, events, places and species perfectly reflects the Mass Effect universe canon. Aside from Krogans not looking as menacing as they do in-game, everything in Paragon Lost is handled with care for the accuracy and consistency of the game universe. There are no odd retcons or weird inclusions that run counter to events in game. Fans will be happy to know Paragon Lost respects the game canon, and fits perfectly into the wider Mass Effect Universe. 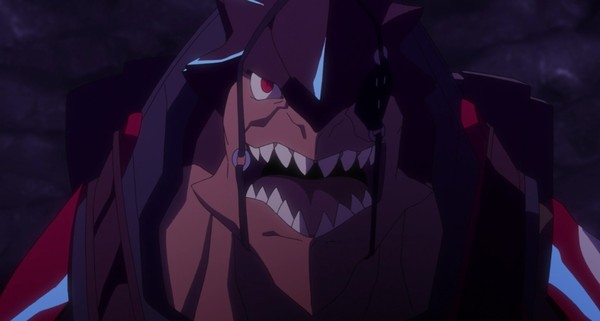 In addition to respecting the game canon, Paragon Lost builds on it, fleshing out the character of James Vega and providing a wonderfully rich insight into who he is and what makes him such a layered character. Mass Effect 3 introduced James Vega as both a character and squadmate, and whilst players slowly learnt more about Vega as the game progressed, Paragon Lost explores who he was before he joined Shepard’s crew and delves into his backstory. It’s fair to say that Mass Effect 3 endears you to James Vega, but Paragon Lost will make you fall in love with him. Vega isn’t simply a big, hulking soldier – after the events of Paragon Lost he is a fully fleshed out, dynamic character who steps into the theatre of Mass Effect 3 with his strong sense of duty and morality, as a squadmate who can stand on his own.

As in Mass Effect 3, Vega is superbly voiced by Freddie Prinze Jr, who does an exceptional job of breathing life into the character. The rest of the voice cast also deliver fantastic performances, with the VO work and the soundtrack itself, standouts within the movie. There is disappointment, however, in knowing that some of the well-known characters who make appearances in Paragon Lost are not voiced by those who voice them in-game. A touch of magic is lost when a certain Asari scientist makes an appearance and you immediately know she is not voiced by her in-game counterpart. However, to Paragon Lost’s credit, every effort has been made to make the characters sound as close to their game VO’s as possible, and as a fan of the series it was nice to see characters I love from the games incorporated into the movie.

Paragon Lost touches on important events in the Mass Effect series, and weaves these mentions of events and places into the plot in an exceptional fashion. The events of the movie and the events in game fit together as perfectly as yin and yang. It’s an incredible effort on behalf of Paragon Lost, and it means that fans of the game will often find themselves nodding along as they pick up small mentions of places, events and characters. Paragon Lost embeds its plot within the wider Mass Effect universe, and the fit between the two feels perfectly natural. 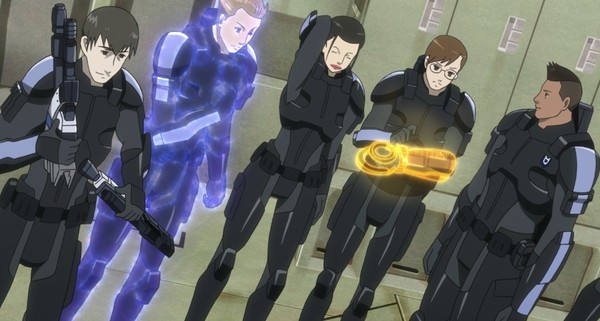 I highly recommend Paragon Lost, both to fans and those less familiar with the Mass Effect verse. There’s something here for everyone, even those like me who aren’t particularly taken with anime as a genre. I thoroughly enjoyed my time with Paragon Lost, and recommend that anyone who hasn’t seen the film pick up a copy from Madman Entertainment. At $29.95 for the DVD, it’s an excellent addition to your movie library.

Mass Effect: Paragon Lost scores a 9 out of 10.