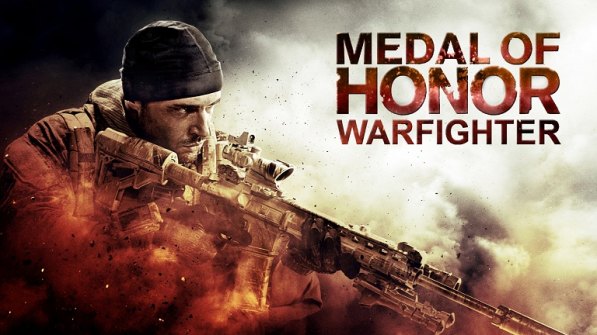 The modern militaristic shooter is a crowded genre, already featuring heavy hitters like the Call of Duty franchise. For a game to stand out amidst the shooter crowd, it needs to be a powerhouse in its own right – well executed and planned gameplay must combine with excellently realised set pieces, responsive control mechanics, logical AI and strong visuals and storytelling. Unfortunately for Medal of Honor Warfighter, it fails in every single one of these elements.

I understand what Danger Close Games and EA were aiming to achieve with Medal of Honor: Warfighter – too often these sorts of games focus solely on killing as many emeies as you can, clearing an area and then moving on to repeat the process, with amazing setpiece explosions happening in between. Generally no interest is paid to the personal lives of the soldiers fighting in what would be horiffic circumstances, or on what toll their being the best of the best takes on their personal lives. Danger Close and EA were very vocal in conveying it was one of their goals to show the human face of fighting – with missions contained in the game inspired by real life events. This is an interesting and admirable goal, and had they been successful it may have been a genre changer. Unfortunately, Medal of Honor: Warfighter is such a mess of badly implemented elements and horribly broken gameplay that any attempt to show the deeper emotional turmoil faced by those on the frontlines is lost to frustration and irritation.

The graphics in the game are hit and miss (which is exactly what the headshot registration is, but more on that later). Sometimes the environments look absolutely gorgeous and other times they look bland and uninspired (I’m looking at you, water effects). The game features some standout setpiece moments, but they never hit that ‘wow’ factor that other games in the genre have achieved. There are times when events are occuring around you which may lead to a low whistle of approval and slight awe, but they never make a huge impact or impress in their own right.

What does make an impact is the horrible pop-in I experienced in the PS3 version. There were moments during my time with the game where objects would simply pop-up in front of me, with no warning at all. Palm trees suddenly appeared in my field of vision. And the graphical issues didn’t stop there. The texture load-in was horrid and sometimes took several seconds to appear. Additionally, whilst I can’t quite put my finger on why, the human face and body modelling made everyone look like their heads were slightly too large for their bodies, akin to some very slight Mr. Potato Headage. It’s hard to describe what it is that makes the facial and body models feel ‘off’, but it was a feeling I couldn’t shake and it was jarring in cutscenes.

Faring better than the graphics, the score for the game shines. It provides a well-rounded, well-balanced accompaniment to the game, and the title screen music is lovely to listen to as background music. The score does everything a score for a triple A title should, and amidst all the disappointment of the other aspects of the game, it is nice to see that at least in this, Danger Close got things very, very right.

Unfortunately, the VO work does not reach the heights that the score achieves. The performances by the VO artists are uninspiring and forgettable, however this may be due to the lacklustre and flat script. Conversations between characters feature the usual jargon you expect to hear when soldiers are speaking with soldiers, but the interplay between the main character and those closest to him in his personal life is also unimaginative and lacking emotion. The conversations themselves are very staccato, and the way lines are delivered are at times jarring. The script was never going to win any literary awards (and to be honest, as a first person military shooter I never expected it to) and the drab performances of the VO’s do nothing to improve the writing.

If average graphics, out of the blue object and texture pop-in and uninspired scriptwriting were the only problems I experienced with Medal of Honor: Warfighter, I could potentially learn to at least tolerate it. Unfortunately, these issues are simply the tip of a much lager problematic iceberg – the game is broken.

I can’t be clearer than that – this game is broken (or perhaps more accurately, the game that I played through was broken). I progressed to a certain point of the game – and then I could not progress any further. No matter what I did, the hit detection in this game would not register that I was killing enemies. After two and a half hours of trying to complete this one particular section, I conceded defeat. I even asked another staff member to attempt the same section, and they too could not progress. Apparently, in the Medal of Honor Warfighter verse, a headshot is not a headshot unless you shoot at the specific place where the game registers a kill. Similarly, body shots to enemies whilst you are using a sniper rifle do absolutely no damage. There is nothing more maddeningly frustrating than not being able to progress in a game simply because the game is so broken it is unable to register you are doing what it is asking you to do. If it were a matter of skill and I simply didn’t have the ability – I could accept that. But as it stands, I could not continue with my playthrough because the game would not register hits on emeies (and I will note that this occurred on every difficulty I tried).

Before my playthrough stopping impasse, I experienced other problematic issues with gameplay – enemies fire magic bullets which are able to strike you when you are behind cover. Squadmate AI is sometimes non-functional and squaddies will stand directly in front of your shot, push you out of cover, get stuck on you so you can’t physically move, shoot at walls to kill enemies standing behind them or impotently shoot at enemies directly in front of them, unable to kill them until you lend a helping hand.

If these issues weren’t enough to turn you away, the illogic of the game forcing you to complete a mission which requires you to know the buttons to press before the tutorial which shows you what the buttons are is something I was dumbfounded by. Yes – that’s right – the game pushes you into a mission which requires knowledge of the controller layout before it provides said knowledge via the tutorial. I question any game which presents a tutorial as anything other than the first thing you complete. I further question any game where you are physically able to run out of ammo without any way of getting more during a tutorial which requires you to shoot targets. I managed to achived this impressive feat and then had to melee the remaining targets because there was no way for me to obtain any ammo. Not fun. There was a glimmer of an interesting mechanic featured in game, however – the fact that there are different breach animations for doors, giving you the choice of which breach you want to pick is a nice addition and one that made me feel suitably badass.

Before I reached the playthrough ending impasse, my single player perspective can succinctly be summarised as frustrating, annoying and disappointing. However, there is a second element to Medal of Honor: Warfighter which was also heavily marketed in the lead up to the game’s release – the multiplayer. After a disappointing experience with singleplayer, I really wanted to enjoy the multiplayer. I had heard good things about it, and wanted to see if it could live up to the hype.

Sadly, this is something I will never know, because everytime I logged on to multiplayer, I was met with empty lobbies. There was no-one playing the game online during the times I attempted to play. This is an incredible shame, and it points to another issue with the game – it doesn’t matter how amazing your multiplayer is – if no-one is playing it, it might as well be horrid. The multiplayer was mentioned as a strength of the game, and yet empty lobbies were all that greeted me. And let’s be clear – this isn’t an old game. Medal of Honor: Warfighter released less than two months ago.

As things stand, I am left with a game that features a singleplayer mode I can’t play because the game is broken, and a multiplayer mode I can’t play because no-one else appears to be playing. Unsurprisingly, given this, it’s hard to recommend Medal of Honor: Warfighter to anyone. Whilst there were some impressive and unique elements to the game, they were overshadowed by broken game mechanics, frustrating AI and irritating object pop-in. It’s as a result of these issues that Medal of Honor: Warfighter receives a 4.5/10.