When State of Decay released a few months ago on Xbox Live (and more recently on PC) it offered a unique and challenging Zombie survival experience whose game mechanics set it apart from other zombie games. With the release of Breakdown, the game’s first DLC, State of Decay finally delivers the sandbox centred endless survival mode, an oft requested addition by fans of the game. But is the inclusion of this element enough to warrant a purchase? The answer, ultimately, will depend on how much of a fan you were of the base game itself.

Breakdown provides players with the opportunity to completely test themselves against the zombie horde, in an undiluted, simple, ‘you versus them’ form. Those looking for detailed story won’t find it in this DLC – this is pure endless survival mode, where you as the player attempt to lead your band of survivors against the mindless Z’s. Breakdown is separate to the main gameplay experience, and can be begun at any time, meaning players won’t need to have finished the base game before they dive into it. With that said, there are advantages in completing State of Decay prior to jumping into breakdown (you’ll know who everyone is, for example, and the same map from State of Decay is used here, so it helps knowing the major landmarks), however it isn’t a requirement, and this allows Breakdown to cater to both new and veteran players.

You start Breakdown as a random survivor spawned in one of several pre determined areas on the map, and as you play through the experience, you are able to unlock other ‘hero characters’ from the main game, whom you can choose to play as after you’ve unlocked them. With the story elements stripped from the game, the premise is simple – survive for as long as you can, before either the zombies defeat you or you run out of supplies, requiring you to move on to another area.

Dropped into the world, you are issued a simple directive – find a community and establish a base camp. It’s up to you to choose which community you wish to join. The same map from State of Decay is used for Breakdown, so those familiar with the areas from the base game can use this knowledge for tactical advantage. As soon as a community is chosen, the game begins in earnest, and you are tasked with the same objectives as seen in the base game: find supplies, find survivors, fortify your base camp and survive against the zombies. All the mission types from the original game are present within Breakdown (with the exception of those missions tied to the story, given Breakdown ultimately has not scripted story), and familiar faces also make a reappearance. I was heartened to hear Lily back on the radio, and I will admit to being relieved to hear her. One of the many things State of Decay succeeded at was establishing a truly isolating, challenging world, and the simple comfort of having a known voice to listen to was welcome in Breakdown.

Once players have established a home base, they’ll soon receive word from Lily that there is an RV in the surrouding area that can be used to transport a group of survivors away. The catch is that the RV requires time and resources to fix, but once it’s up and running it allows players to bring their group of survivors and flee the immediate area to find shelter and supplies further afield (but still within Trumbull County).

Whilst resources will never completely run out, they will become harder and harder to find, and this is especially so with the most valuable of resources, such as cars. The challenge of surviving against the endless horde of zombies becomes more difficult the longer you play, and the DLC will truly test even the most tactical of survivalists. Breakdown uses the mechanics of the original game, and those who have played State of Decay will find themselves ‘going through the motions’ once more. However, the challenge in surviving is still present, and the random events still add enough variety to keep you interested. In addition, Breakdown offers a series of challenges within the gameplay experience, and performing specific tasks at specific levels will net players with unlockable heroes who can be used on replays. The further addition of an increase in the speciality kind of zombies such as ferals and big ‘uns means you’ll feel continuously tested, and the challenge inherent in keeping both yourself and your survivors alive may lead some to give up and return to the more paced, more defined gameplay of the original game.

But those who perservere with Breakdown will find an engaging (albeit repetitive) experience that offers a true survivalist challenge. The game is difficult, and it forces you to think, however it isn’t punishing in its difficulty, and if you do falter and die, you’re able to restart at the highest difficulty state reached as any of the unlocked characters (sans your gathered supplies and community members). The DLC has improved on certain parts of the original game: supplies are now found in more appropriate places, so you’re more likely to find food in fridges for example, and there’s more weapons to use against those nasty zombies (including some very amusing hero specific weapons). On the downside, certain bugs found within the original game are still present, and their presence can detract from what is an otherwise enjoyable experience.

As a whole, however, Breakdown is a worthy purchase for those wanting more State of Decay, or for those wanting to challenge themselves in a survivalist style mode. The sense of character attachment I found so impressive in the original game is carried through in Breakdown, and you will always feel vulnerable, regardless of the level that your characters have attained. Breakdown offers an additional and unique challenge for fans of the series, and the new inclusions to the DLC mean even those players most familiar with the style of the game will find something fresh. If you’ve played State of Decay and enjoyed it, you’ll enjoy Breakdown. 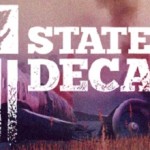 New Dying Light trailer shows us the meaning of being human 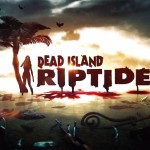