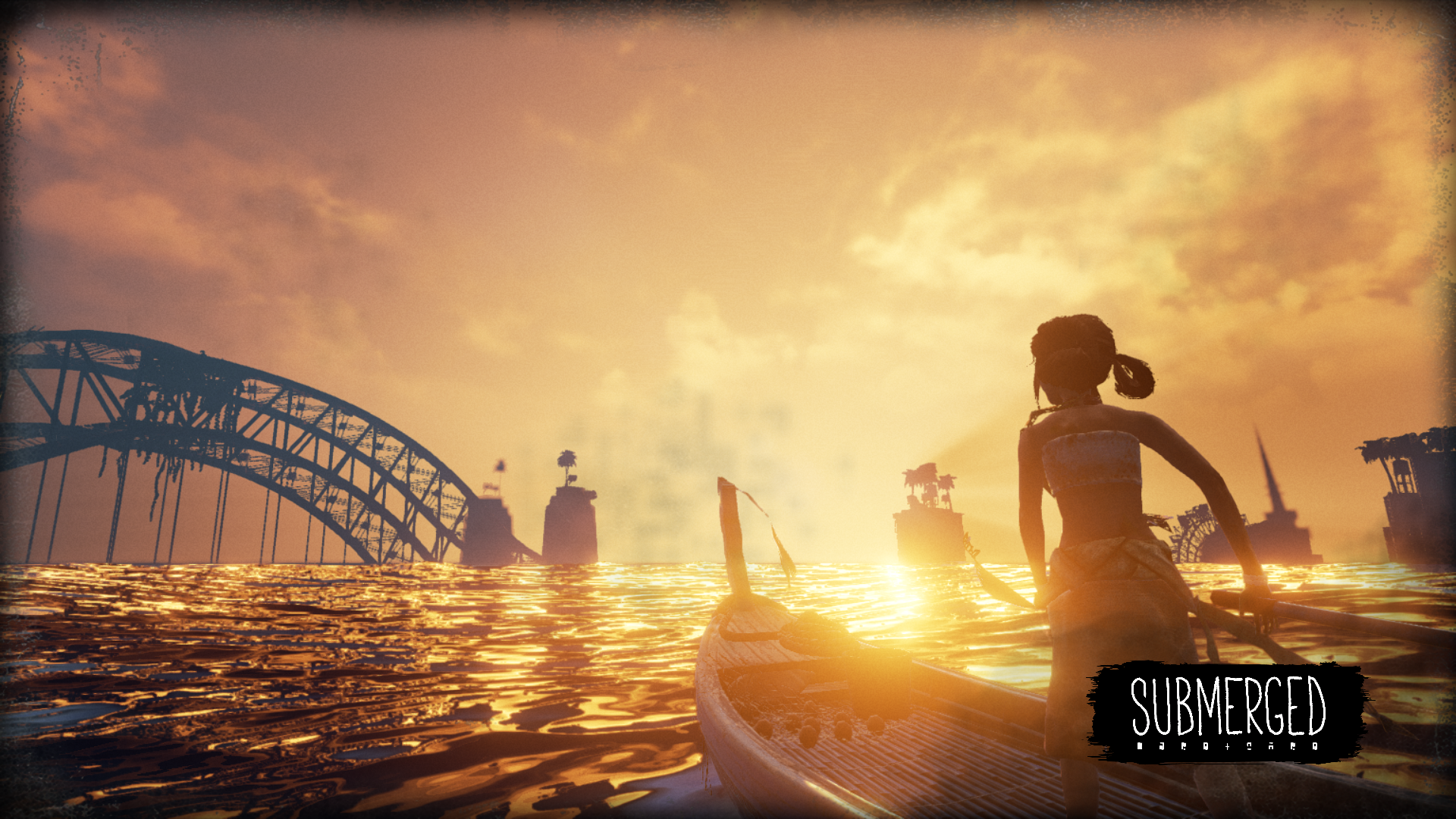 There has always been something magical for me about a game that takes to the waves, of rocking back and forth atop the endless blue, or on occasion speeding across it as fast as you can. It doesn’t necessarily turn a game into more than it might already be, but what it does is convey a sense of tranquility. The other type of moment that goes side-by-side with gliding across an ocean is the pour-down bliss of a golden sun, shimmering light across the wet expanse. Uppercut Games have blended both of these experiences together with Submerged.

The story is simple, unearthed through a combination of cut-scenes, play and collectibles. It isn’t especially deep, but it does present the elements of the narrative before it tries to explain or call attention to them. The characters will act out their own prompts, and the game will then fill you in on what’s happened, though in most cases it’s superfluous. One particular thread in the story is unveiled with deft touches, and again something that will be noticed before the game needs to call specific attention to it.

It’s the environment that makes Submerged shine brighter than its other elements. The setting itself is interesting – it’s nowhere we’ve been yet everywhere we know. It isn’t now, but it could be sooner than we want. Exploring it through different weather conditions, different times of day, around various landmarks that could be places from our past is soothing, and the occasional visits by marine life breathe some into the quiet landscape. 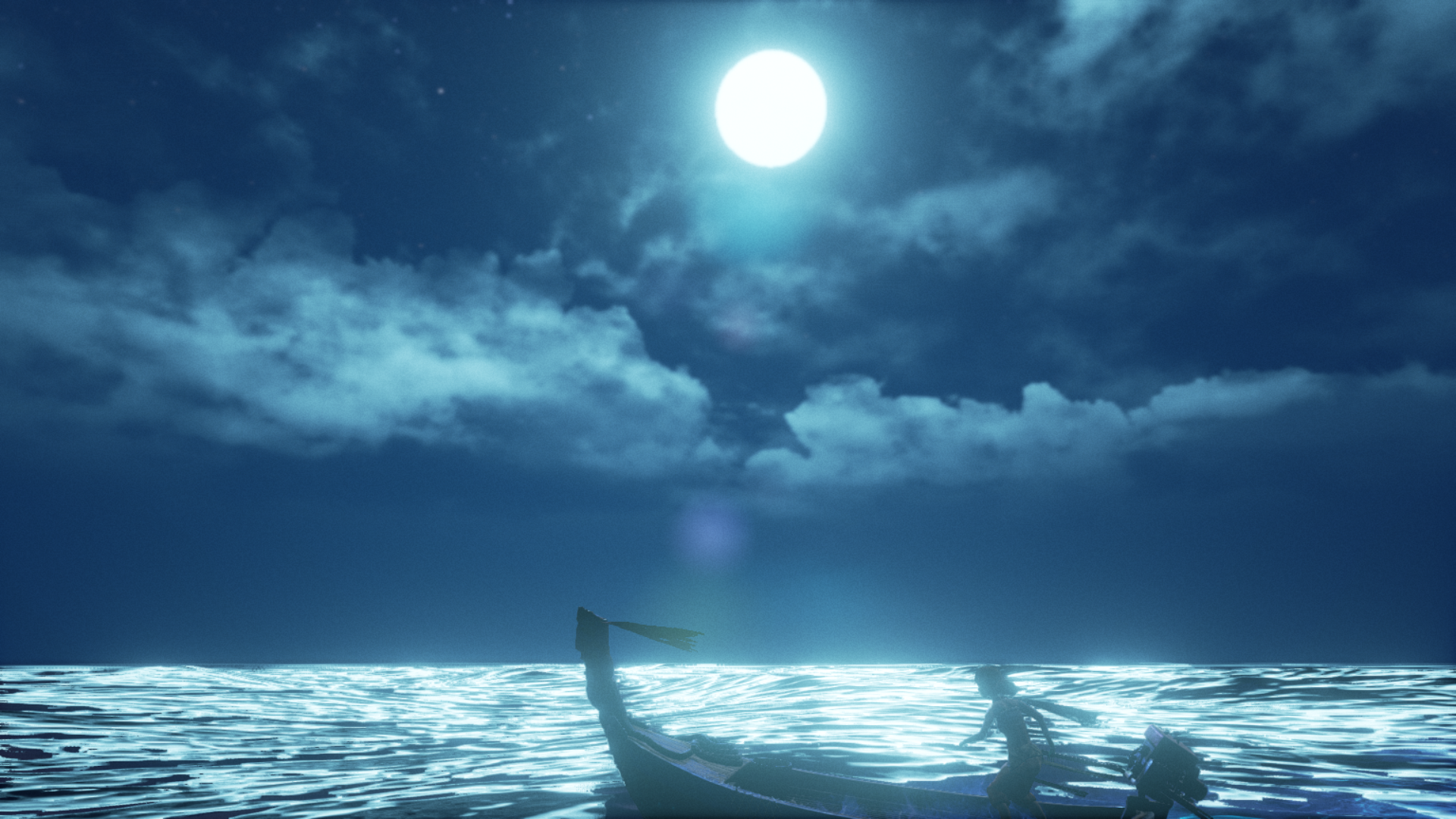 The design of the buildings do seem at odds with the rest of the art-style, and there are occasional frame-rate issues (which might presumably be fixed in time), but weather by moonlight or beneath the sun, the game offers something aesthetically special.

The score does suit the purpose of the game and fits the tone of Submerged, but the lack of quantity in music will wear thin. The effects are serviceable, but don’t add a lot to the game.

The play is decent. Exploring is fun, and finding the different monuments of the sunken city is nice. There may not be a fail state to contend with through the climbing segments of the game, but it still presents challenges in finding the right way to go. Uncovering each of the game cards also presents something for those who can’t leave a collection uncompleted. Submerged returns the player character to the starting area upon finding each sought item, removing the need to backtrack to the location – better for the game, but does break a degree of immersion. 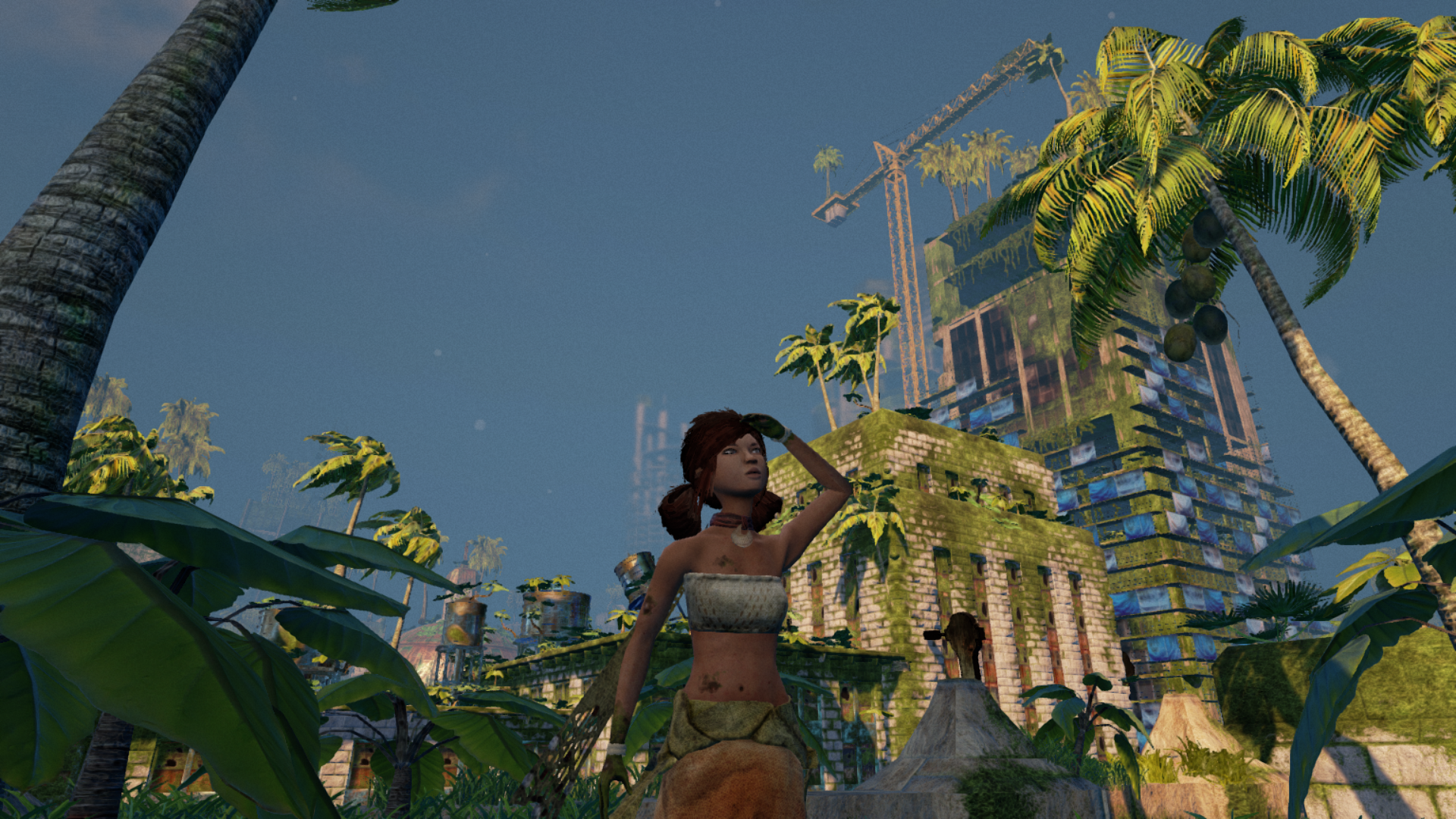 Submerged represents something positive – a different sort of game, not without flaws but charting its own course in a way that makes the barnacles on its hull forgiveable – even part of the charm. It’s a wonderful story that’s worth trying, an even more lovely world that must be explored.

Save Game reviewed a complimentary copy of Submerged on Xbox One. It was developed by Uppercut Games, and was released in early August 2015. It is available on Steam, PS4 and Xbox One.