Previously on Save Game’s review of The Walking Dead:
It centers on Lee, a man with a complicated past…

-pause-
The Walking Dead is my game of the year.

If you are reading this and you have not played The Walking Dead and The Walking Dead: 400 Days, then I am not sure what you’re hoping to get out of a review of The Walking Dead Season 2.  I can tell you that there are benefits to starting with the original chapter of The Walking Dead.   First off, aside from a couple of cameos from characters from the first episode, it is completely independent from the comic and tv show.  Second, the entire game is out now, which is nice because there is no wait between episodes.   Third, the first episode is free depending on the platform, so you can get see if this style of adventure game is what you are looking for.   Finally and in my opinion, the most important reason, the story flows to the next season.  While you may not immediately see the point of 400 Days, you will want to get to know the characters that it follows as they may come into play later.   That is my sales pitch, if you need more convincing you can read my review of the first season.

-END OF PART ONE-

Hopefully the only people reading this now are those who have already played the previous season.   For me, Season Two had a lot to live up to.   I will admit to being a little skeptical of focusing the next story arc around Clementine, whose purpose in the first game was to give Lee’s actions more meaning since you the player would be looking out for her through Lee.   Lee’s death at the end of episode 5 and its somewhat ambiguous ending as far as who Clem saw in the distance opened the world back up to follow a new group of survivors and make the series an anthology.

As it turns out this is not the case, the people in the distance were Omid and Christa, the only known survivors of the group that followed Lee into Savannah and now you control Clementine as they travel north.  It isn’t long into Season Two before you are reminded that it is still The Walking Dead and it wouldn’t be The Walking Dead without a few emotional liver kicks peppered into the story.   The first episode did not exactly alleviate my worries since they worked hard to hammer home how dangerous the world is for an eleven year old girl.  If you had already played The Walking Dead, you know this already, and while it does bear repeating for newcomers, Clem displays an almost inhuman amount of pain tolerance in the first episode just to drive home this point.   However, by the end of the episode, all skepticism I had regarding how I was going to play Clementine was gone.

Episode 2 brings the story back to a familiar pace.  The Walking Dead works best when there is time to breathe and set up character interactions that move the plot forward.  This also goes for the comic, which can have entire issues that do not focus on zombie attacks.  Episode 2 has a notable sense of dread where you realize something about a character before everyone else does, and that feeling of knowing something bad is probably going to happen very soon is core to the experience of playing.   I also noticed something about how I was playing in the second episode.  Just as I played Lee the way I would act in a similar situation, I played more recklessly as Clem.  Through her I was able to play with a child’s viewpoint of what is right and wrong, and in turn became less diplomatic with my choices.  It led to being blunt with characters and made Clem kind of a superhero in her actions.

From a technical aspect, if you have played the first game, you know what you are getting with Season Two.  The controls are more or less the same from before and the reticule used to scan the environment has seen some improvement, now on par with TellTale Games’ other currently running episodic game, The Wolf Among Us.    I played on the Xbox 360 and noticed some hitching, but nothing that broke the immersion.   The art style still works for the aging hardware, but I would be ready to play through ALL of The Walking Dead over again on current gen systems.  Make no mistake, you’re coming to this to experience the story, the controls and visuals are work to that end.

I am holding off on a final review of the game until after all 5 parts are released, but I would recommend this game if you enjoyed the first one.  Each episode brings with it a little more payoff in the form of character interaction and moments of reflection on events from the previous season.   Characters that were borderline cartoonish in their reactions to an injured 11 year old girl have calmed down and have settled into more well-rounded characters with understandable motivations.  Don’t let the first episode fool you into believing the second season is going to be a more shallow experience than what you are used to, but instead see it for what it is, setting up what is shaping up to be a promising story arc for The Walking Dead. 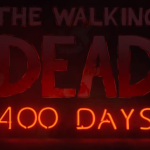 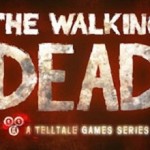