When the Big Note is a Whisper 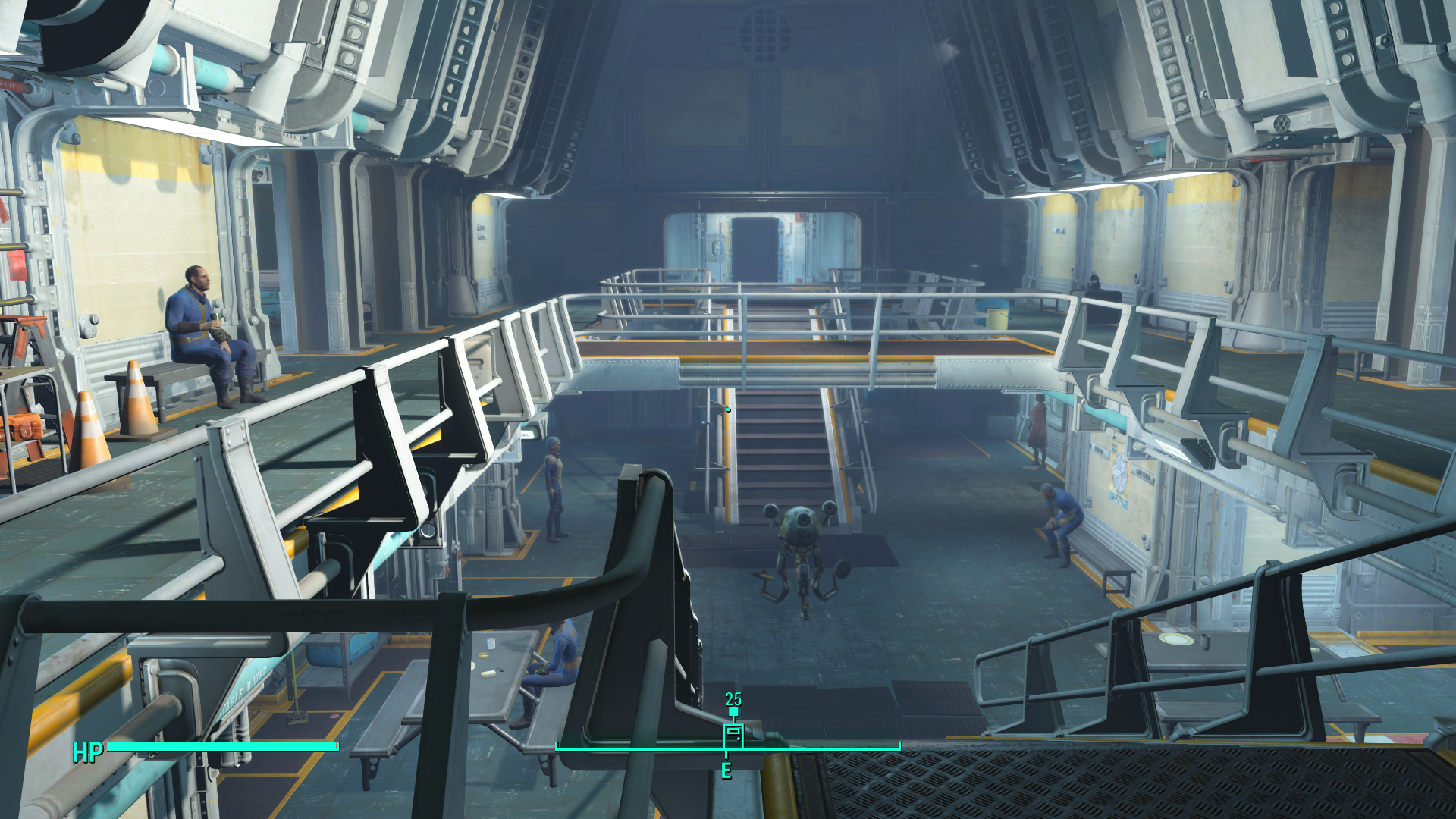 Mild Fallout 4 Spoilers ahead as Nick writes about the personality of Fallout, and the way it handles theme

Interplay’s original tour of an irradiated wasteland was an exercise in many elements, cultivating an environment inspired by a series of explorations into semi-plausible versions of a post-apocalyptic earth. Choice was the backbone of Fallout, as much a part of its essence as the unwelcoming wastes, old-timey music, the over-the-top anarchy, the Vault Boy kitsch and the mutated monsters and murderous machines that had seemingly escaped from a B-grade movie reels.

The Bethesda era of the series honed in on the distinguishing feature of the setting and extrapolated the retro-futurism into full-blown fifties sensibilities, though still complemented by the visceral violence, to produce a kind of superego version of mid-20th century Americana. In a world where every explosion begs for a mushroom cloud of its own, the setting takes on a larger-than-life approach that seemingly does away with subtle commentary.

This is taken to extremes with the wasteland’s fauna, but also through its factions – Caesar’s Legion is by virtue of name and style an ostentatious entity that could easily sit alongside the quasi-punk raiders, or gung-ho enclave (yes, Obsidian created it, but we’re still very much in the Bethesda era even now). 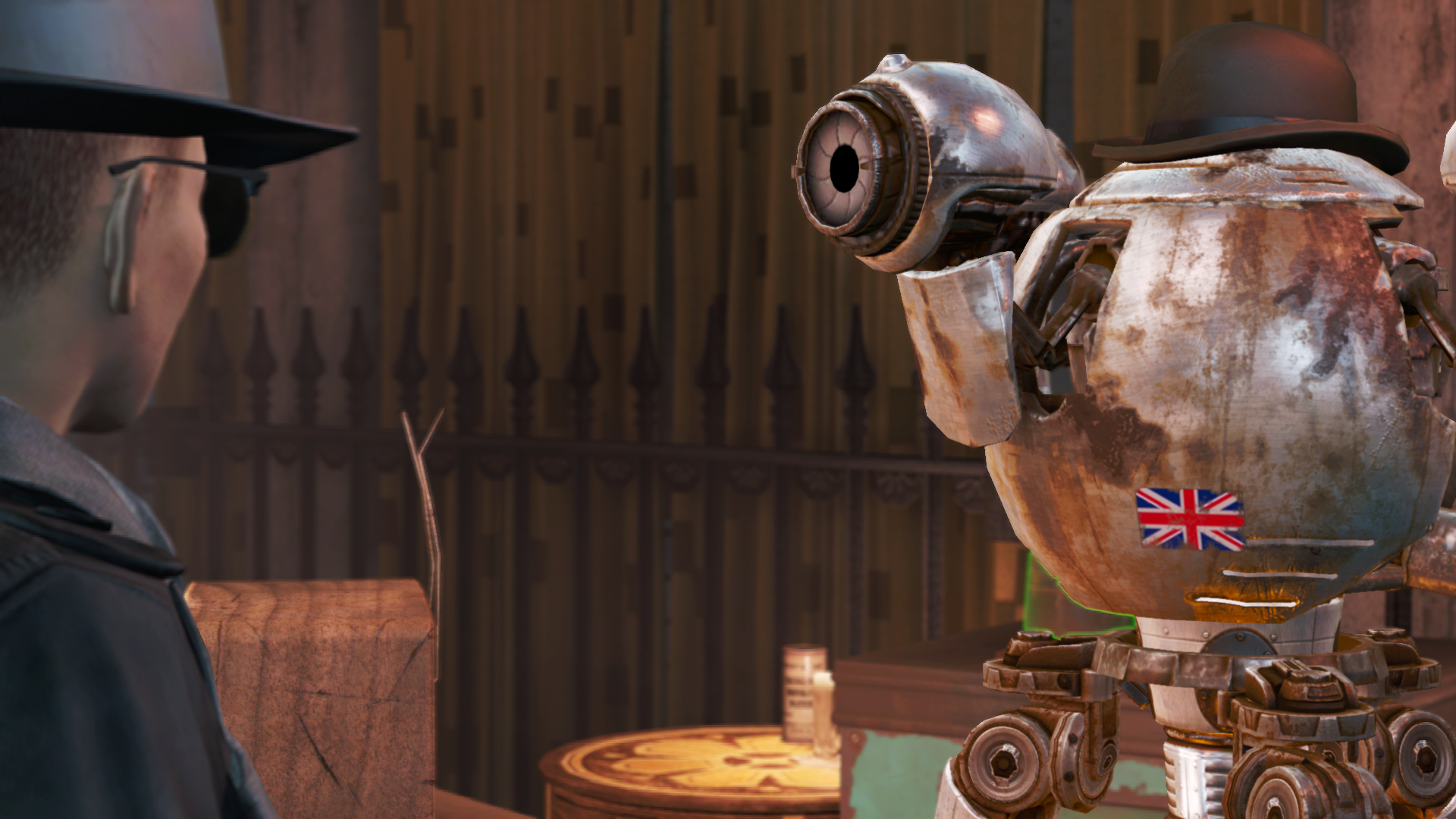 It’s hard to buy subtlety is a part of the target when face with the McCarthy-era wet-dream that is Liberty Prime, but there’s something more.

The best tool at Bethesda’s disposal has always been the imagination of the player. The use of environmental storytelling, portraying a world beneath the surface, allows our minds to fill in gaps – which in turn invites us to be part of the world, not merely tourists passing through it. A bathtub with the skeleton of a child covered by an adult skeleton tells a story in itself. This is not a case of emergent storytelling, as it is often referred to, but orchestrated set pieces that are designed specifically to add depth to the world. 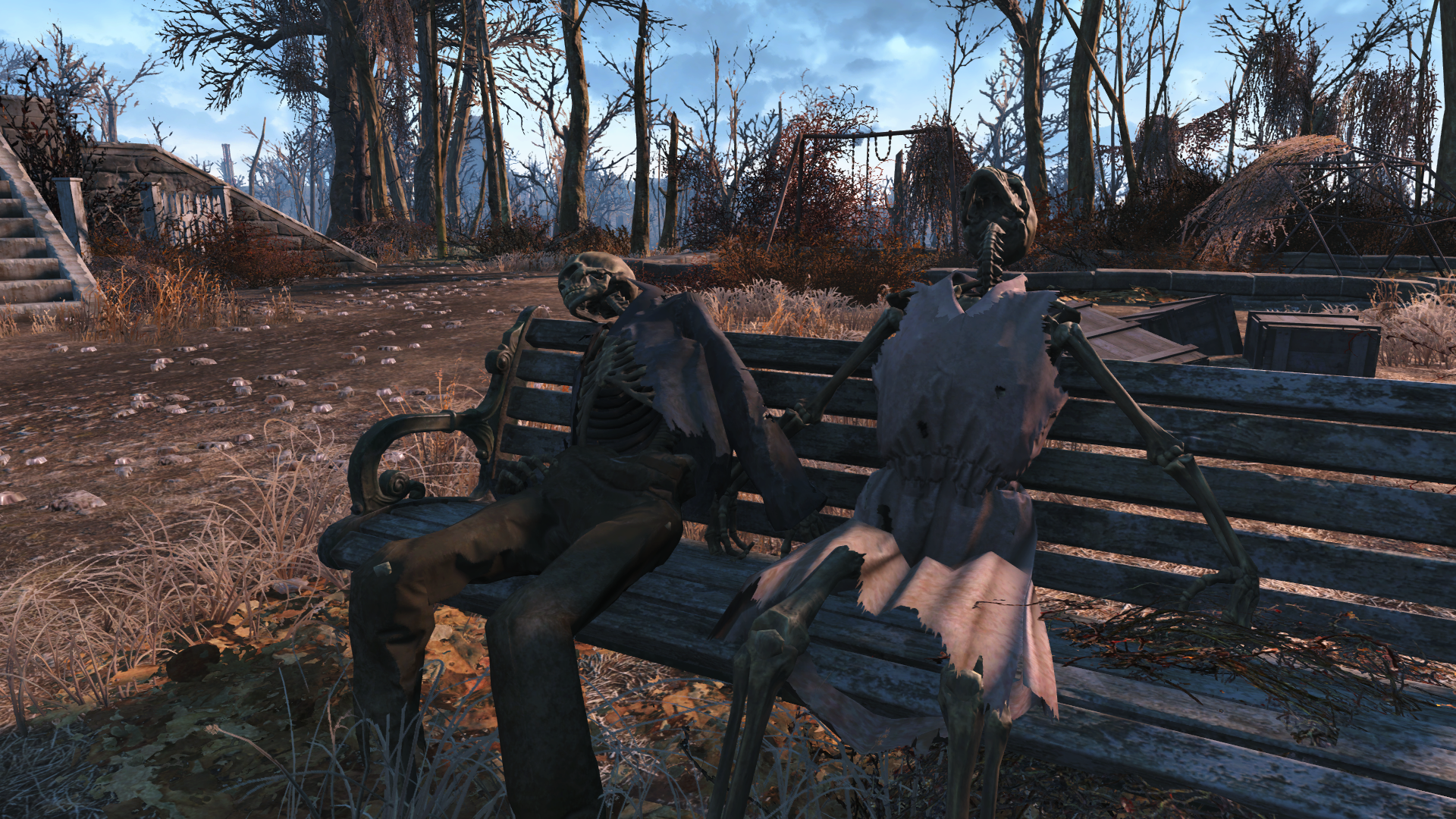 While the stories of Fallout could be seen as alien on the surface, so far removed from the world we know is the setting, for the most part they’re still stories that are relevant to our experience. The almost Vault-Tec-like experiment of a gone-away world becomes a rubble-filled blank slate to scribble all kinds of would-be societies. It doesn’t stop being relevant to our experience just because it’s an alternate earth that’s a few centuries of chrome removed from ours. Humanity isn’t the only thing that endures in the wastes either, but all of its merits and foibles. Compassion, Greed, Generosity, Callousness, Violence and War– well, you know. The set pieces become stand-ins for the bleaker parts of now.

Yet as we look at the crash-bang-alakazam version of it all, chortling away at the over-the-top propaganda of The Enclave, or the disassociated blend of naivete and nationalism that grants the wasteland (and by extension, the series) the specific personality it possesses, it’s easy to extrapolate that onto the generations that precede us.

While the gee-shucks vernacular affirms that it’s representative of the fifties, the memorabilia reinforces the idea that deceptions come marching through the door, impossible to notice for what it is. We are as suggestable to jingoism as ever, because we expect the form it takes will be one easy to recognise.

Where Fallout takes us through the Commonwealth is without subtlety also. The Railroad faction within the game is analogous to the real life Underground Railroad, and presents the rights of synths as its stand-in for the very real issues with rights and slavery. At times it seems on the nose, but through the big note approach, it hits a very apt analogy that’s still bound to be divisive – whether a synthetic human counts as a real human or not. 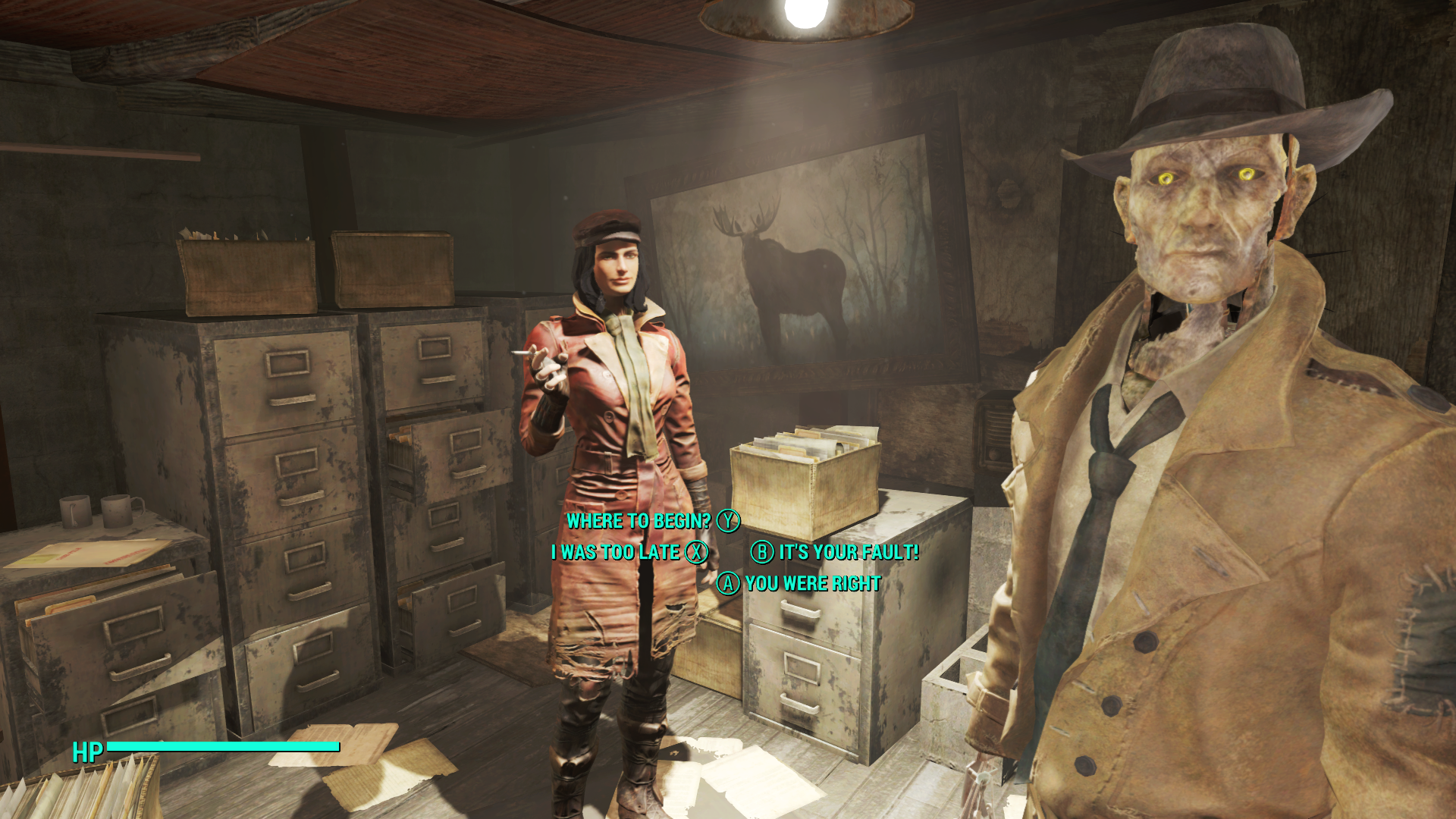 In terms of story, Bethesda often fall short. Their telling is better in Fallout 4, particular in regard to companions, individual quests and certain set pieces, but the theme permeates from every facet.

We can pretend we’re past this debate, though in the terms on paper, we’re not yet at the stage of synthetic humans in the real world. What it does though, is highlight the fact we haven’t got there at all. As much as we’re still prone to falling under the spell of a propaganda that’s evolved into a slyer state of being (so as to not trigger our anti-establishment reflexes), we’re scarcely out of dehumanising those born to different walks. In this way, the over-the-top approach is better because it disarms us. It removes our defenses and excuses for the now, and gives us a question – does a synthetic human deserve the same rights, the same liberty, as real humans?

Between the lines, it asks something else: don’t we all?