The long-awaited, eagerly anticipated relaunch of the classic PC city building game SimCity (now owned by Electronic Arts) on March 5 has been highly touted for its 3D graphics, multiplayer functionality, and powerful new GlassBox engine. In a recent article subtitled “the story behind one of the year’s biggest games,” IGN.com enthused, “It’s fair to say that the new SimCity is attracting a lot of excitement.”

But Maxis developers dropped a bombshell last month when they admitted that SimCity will only be playable with a persistent online connection, presumably to prevent piracy. This means if your internet connection fluctuates, you’d like to take the game on the road, or you simply want to play offline, you’re out of luck.

More disappointing news from the developers?

There is no way to “save” and reload your city (which implies no mod support, although the devs are mum on this topic); the cities are small; there is no terrain editing, subways, or density zoning; and there’s no sandbox mode.

These details have been met with a range of negative emotions, from resignation to frustration to outright anger.

Reddit member Upsidedownbutcorrect wrote of the always-online requirement, “finding that out was a huge downer, game is looking awesome but I’m not buying it unless they change that.” Shogouki claims he won’t buy the game because “I have no faith in EA to keep their servers running for as long as I’d like to play the game.” And CausticSerpent summarized the prevailing sentiments with his comment:

It looked cool until I found out that:

Sh*t DRM. Persistent saves so I can’t f**k around (Which was my favorite part.) Tiny cities. No editing the land.

If someone cracks it AND lets me backup my save files so I can randomly have a tornado crash through my town or something then I’ll just pirate it.

IF EVERYONE IS TALKING OPENLY ABOUT PIRATING A GAME YOU’RE SELLING THEN YOU ARE DOING IT VERY, VERY, VERY WRONG. 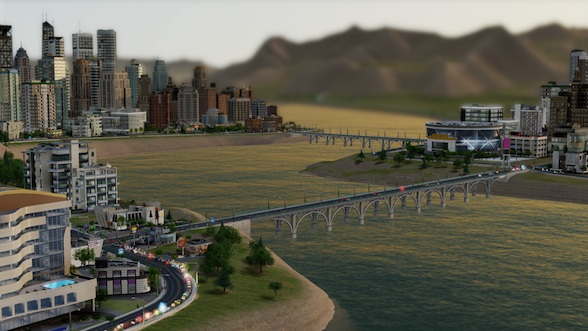 IGN reader TechCrazy mocked EA with the comment, “So then we were like, how do we screw up this game and rob our customers blind? We decided the best way was to make the game always online, so no user can make free custom content for the game.”

Absolutefreak wrote, “I don’t like the idea that I can’t go back and play a game I really loved from ten years ago because of DRM.”

Tellingly, one of the most popular threads on EA’s official SimCity forum is entitled “SimCity requires persistent internet connection”. The first comment, from forum member CSHunter, states “That’s going to suck for people like me stuck on an aircraft carrier with no internet connection for 9-12 months at a time when deployed, or for people on subs, or stationed in some shack in the middle of nowhere with nothing better to do during their off time.”

But EA forum member Neebs counters, “Most games I use now are online only, even for single player, its the way things are going, and people are going to need to get used to it, or forget about gaming.”

The multiplayer, always-online requirement would seem to move SimCity more into the MMO camp, especially as more traditional MMOs do away with monthly subscription fees. But SimCity has built its reputation and loyal fanbase as a single-player game, and given the overwhelmingly negative reaction to the change so far — a poll on the official forum found that only 9% of players wanted the game to be online-only — EA may have a difficult time with the transition.

Will this backlash translate to decreased sales (or increased returns)? Or will most players ultimately agree with Neebs and just buy it anyway?

We’ll find out  in March — and perhaps even sooner. EA just announced it is now accepting applications from PC gamers for a closed beta that will run Jan. 25-28.