Hands on with Crysis 3 and Sim City

At the recent EA Showcase held in Sydney, Clare had the opportunity to preview some of the most highly anticipated games releasing in 2013 from EA. Of particular interest were Crysis 3 and SimCity, two high profile titles that are destined to make quite the impact when they release next year. Keep reading for Clare’s thoughts on both titles.

Crysis 3 sees the return of franchise protagonist Prophet, as he journeys back to New York only to find the city encased in a giant Nanodome, affectionately referred to as the New York City Liberty Dome. In no time you’re slipping back into the seriously impressive nanosuit and battling it out in gorgeously realised surroundings. Whilst the surroundings themselves are impressive, it was Prophet’s newest weapon that immediately grabbed my attention– the man is packing a seriously wicked bow.

In the absence of magic conjuring, bows are my favourite weapon of choice and I was pleased to discover that using Prophet’s new weapon didn’t require an advanced knowledge of physics! The targeting and firing system is simple; the control response is smooth and didn’t leave me feeling frustrated. This is a great advantage, especially when taking into account the mass numbers of troopers attacking you in droves.

One of the major features of Crysis 3 which has been displayed so far has been the Seven Wonders – seven distinct environments within the New York City Liberty Dome that provide amazing environments for challenging gameplay . A lot of these environments feature an array of vertical elements so the depth of field in this game is spectacular. The gameplay I experienced centred around a warehouse environment which featured gorgeous scenery but provided a very real challenge – Cell troopers here are able to blend into the background in certain areas, and are relentless once they lock onto you for devastating attacks. Players will need to be careful – it’s here when the cloaking mode will really help. Other environments which will feature in-game include the Swamps (China Town), the Canyons (which will be based in down town Manhattan) and the Fields (which is set in Mid Town Westside Manhattan).

The sound featured in game is crisp and realistic, and it’s clear the developers have really paid attention to the smallest detail – everything from the sound of water dripping around you to Prophet running up the stairs and bullets spraying off metal. This level of detail is also reflected in the graphics – the colours are rich, with the schemes changing with each habitat.

Crysis 3 also impresses in terms of its multiplayer, and this time around it is introducing a new mode – hunter mode. This mode allows up to 16 players on PC and up to 12 on console to battle it out (8 different modes and 12 maps) in a challenging, action-packed, edge of your seat experience. The game is truly upping the anti with regards to team work, and it’s shaping up to be one to watch in 2013. 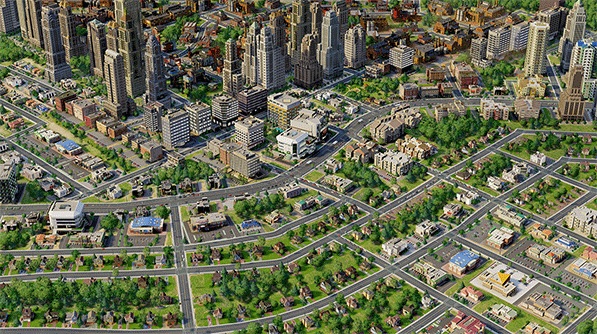 Sim City – just as addictive as ever

Maxis have truly outdone themselves with SimCity. I was hooked on this game from the moment I created my first roadway into town.

SimCity is also a hugely accessible game, even if you haven’t played prior SimCity games. There is an informative, albeit lengthy, intro tutorial which allows the player to become familiar with the game aspects (placing roads and zoning areas which are broken down into residential, commercial and industrial). During your familiarisation with the controls, you’ll need to figure out where to place things like power stations, a water supply tower and even a fire station. By the time you have set up the guts of your city, you are pretty well versed and familiar with the controls of the game. You are supplied with basic things to begin with (parks, sporting fields) but if you want the real juicy stuff you will need to unlock items. And this is where the game puts you to work with the challenging business of running the city. You can’t be too greedy with your resources – a lot of them are finite. I like this feature, as it forces you to strategize and become more efficient. Players are also able to make specialized cities and the game will simulate world economy – Oh Sims how you’ve grown indeed.

SimCity is unsurprisingly easy on the eye and consists of bright and cheery colours. The 3D graphics really allow your masterpieces to pop on the screen. SimCity also sees the introduction of multiplayer mode, which will allow players to house multiple cities from different players. What’s so cool about SimCity is that it’s a collaborative game where players are able to build ‘Great Works’. Team work is the aim of the game here. Of course you’ll still have the option to set regions for solo use too. Be warned though – you will need an active internet connection to play SimCity – logging into EA’s Origin is required. This shouldn’t come as too much of a shock to anyone though, given this is a familar occurence in PC gaming these days.

When playing this game at EA’s showcase I found myself really getting stuck into creating and strategizing my ideal town, which basically meant making it look as ridiculous as possible.  It’s amazing that a game can hook you and make you care about interacting with every part of it so quickly. A word of warning, however – beware of curve balls. The arrow of time and chaos is at work in this game. My lesson came in the form of a meteor shower striking my city. I wasn’t too upset though – it was massively entertaining to watch. And that’s exactly what this game is – fun.

In addition to going hands on with these titles, Clare interviewed the Producer of Crysis 3 and the Creative Director of Fuse. We’ll post these interviews over the coming days. On behalf of Save Game, I’d like to thank EA Australia for inviting us to attend their showcase – 2013 looks set to be a standout year of releases for EA, and we are looking forward to covering all of them.