Mass Effect for the RPG virgin 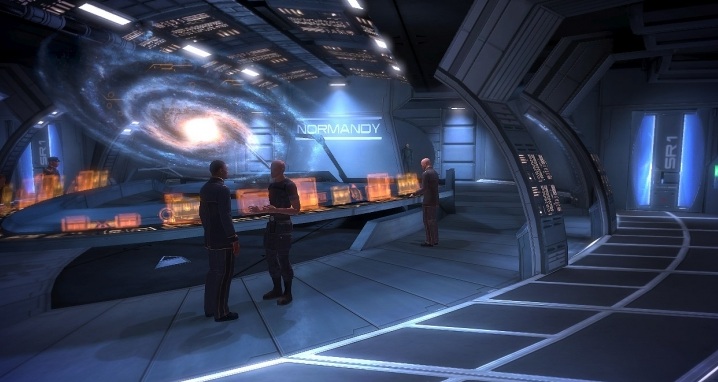 When I met my new friend Tash, she told me that she likes to play video games. I thought she was pretty cool, and I liked that she wore her gamer status with pride. When I admitted that I occasionally play games, she asked me which ones. I blushed and responded in sotto voice “You know, Civilization, Prince of Persia, Wii games…” Despite my very low gamer street cred, Tash welcomed me into her fold. She proceeded to encourage me to write about the games I play (like Angry Birds on my iPhone) and to try out other games, like Mass Effect.

“What? You mean with guns, shooting and all that? I don’t think so.”

Unswayed, Tash continued, brought my 15-year-old brother in on it, and eventually I caved to the pressure. I played Mass Effect – my first ever role-playing game, or RPG, as all the cool kids say.

I have to say, I wasn’t convinced I would have the patience to play something like this. My previous experience, including with Prince of Persia, Need for Speed and Civilization, is that I get bored after a while, especially when it starts getting hard or I get stuck. However, I had some time off work, so I thought it would be as good an opportunity to start a game as any.

I made the mistake of telling Tash that I was going to play.

“PLAY ITTTTTTTT. YOU WILL LOVE IT. But you have to tell me when you start!”

She got very excited, and requested that I tweet my progress. Having an aversion to tweeting anything substantial, except under the influence of alcohol, I was a bit reluctant. Hence my first tweet:

“I just spoke to a dude now I’m going to look at this big glowy thing. Lol”.

Tash promptly retweeted to her 400+ followers. I was mortified.

Other tweets of my first impressions of the game went along the lines of:

“ooh I’m a candidate for the Spectres! Sounds special…”

“my chick just looks pissed all the time. She should smile more”

“this cut scene is all about the boobs”

The more I played, the more I learned about this strange universe, with a wealth of real and made-up planets, a multitude of disasters and wars to fight and, of course, the amusing and occasionally predictable romancing scenes. I’m a fan of the romancing, except it TAKES SO LONG, especially with Kaidan, who turned out to be quite frigid. 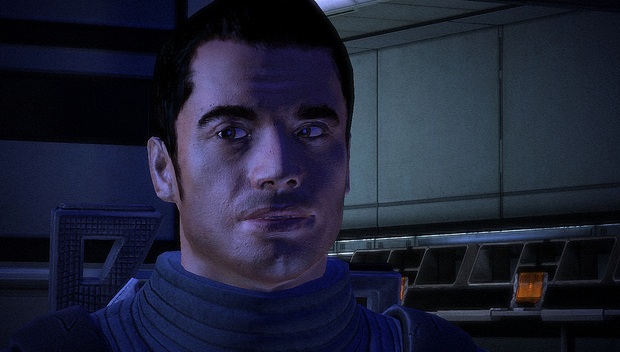 I followed my character Lilly Shepard (Earth-born, survivor, vanguard) through space as she chased down the bad dudes who turned into badder dudes, along with her crew of Alliance agents. Of course, I always handed the controls over to my brother when the battles got difficult… or boring. I also found the weapons selection and upgrades quite tiresome. Let’s face it, I can’t choose when there are too many options. Oh, and that annoying feature where the game constantly reminds you that you have too many weapons to add more, and you should reduce some to omni-gel. “Argh! Just do it already, I don’t care! “ was my usual response to this.

I found at some point that the main reason why I continued to play was to see the outcome of my endless efforts to get Kaidan to kiss me, and to say that I’d finished the game. Before I realised it, though, the was suddenly over. My brother then proceeded to explain that I could continue the same story line, and play Mass Effect 2!

Oh. My. God. I really wanted to say no. I really did! But I couldn’t – I felt compelled to continue on this journey I’d started, and to see where things went. So I caved. Again.

Then number two started and EVERYTHING WENT TO SHIT! Screw you, Joker (sorry Seth, but he was a stubborn idiot). So now I was dead, and some mysterious organisation, run by a guy (voiced by the ultimately cool Martin Sheen) called the Illusive Man, has spent a massive (undisclosed) amount of credits to bring me back to life and make me awesome again. Yay for Lilly. Except two years have passed and all her old crew has moved on. Except Joker. So I was pissed, and proceeded to bitch at anybody who dared cross my path. But ultimately, as in the first game, I moved to the paragon mode because I got over it. Except when the Illusive Man betrayed me, and when I got to punch someone.

There was more to do in the second game, and I had to get used to the new gameplay options. I learned that you have to EARN loyalty from your crew. I mean, really? I also learned that Kaidan is a dick, Garrus likes to “Calibrate the weapons” and that Shepard shares alcoholic tendencies with the medic. Oh, and Shepard will sell out for a very small discount.

I also discovered that Shepard is a bit of a slut – which is very amusing. I proceeded to ‘dine’ with Kelly and put the moves on Jacob (who was a bit reluctant as he “doesn’t like to rush these things” and “hadn’t thought of me in that way”). Give me a break, dude. Though surprisingly, the script with Jacob makes Lilly sound VERY needy and quite overt in her flirty ways. When I tried to romance Miranda after her loyalty mission (yes, creators, I get it – you like boobs and booty), I chickened out. I also got curious about a human-alien relationship. I romanced Garrus, but I have to say I was ultimately disappointed. I think I’m going to go back and romance Thane instead (I want to know what the deal is with Siha). 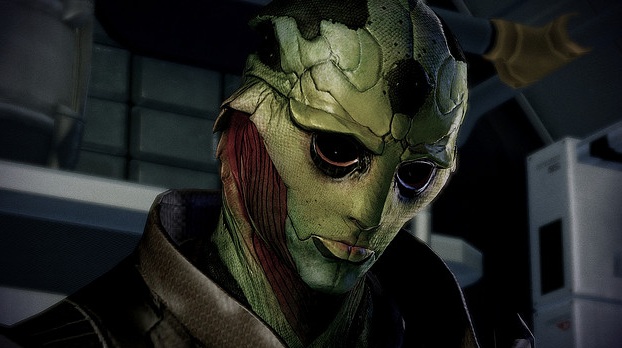 The gameplay in the second is quite a bit more user-friendly to a novice like me, so I was grateful for that. Thankfully, they also got rid of that stupid omni-gel, AND THAT F&*%!@G CAR! However, what is with the whole thing about not having enough renegade and paragon points to complete some of the missions? You mean I have to do Zaeed’s mission ALL OVER AGAIN?!? (It took about five goes before we discovered – thank you Tash – that you can re-train and get extra paragon and renegade points, so finally we got through Zaeed’s mission as paragon, and also stopped Miranda from chucking a hissy fit).

So I finished the mission, and found out what I always knew about the Illusive Man. However, it looks like I will have to go back and re-play some bits such as take Miranda with me on the last mission. I did end up getting my brother to play through all the hard parts (namely the tedious shootouts that I got better at but still found boring). I think I can safely say that I have been sucked into this world of Mass Effect, and will most likely continue with number three when it is released.

P.S. For those who are curious – yes, I sacrificed (killed) Ashley (the xenophobic cow). No, I have not yet written that Angry Birds review (let’s be honest, there isn’t much to say: “This game is frustratingly addictive.” There, consider it reviewed).

Maria is new to RPG’s and storytelling games in general. We welcome her into the fold, however she should probably steer clear of Tash and Jen after calling Ashley a cow. If you have a suggestion for what game Maria should play next, let us know at admin@savegameonline.com, or post in the comments section below.