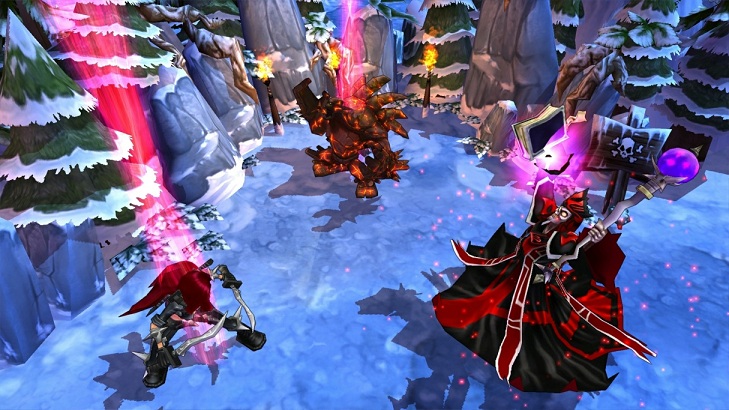 League of Legends, like all MMO* and MOBA* games, is based entirely on an online community. It is not designed to be a single player experience: instead the player is meant to forge a working type dynamic with other players as they work against the opposing team. In theory, this atmosphere should foster co-operation and respect, however, there enters the problem of anonymity on the Internet.

In a game like League, player characters are not personalized. Gamers choose from Champions they have either purchased or are free for the week, and the players themselves are identified only by a screenname. An unfortunate side effect of this is that it becomes very hard to see both your opponents and your teammates as human beings. This dehumanization has lent itself to creating a largely unfriendly online community. Rage is part of the game, hence the now slightly infamous MMO-ism “QQ more”*. However, it’s very easy to forget that the feeder* you’re raging at is a human being. In a world of pixels, it’s easy to feel like the only real person in the match. What is it to you if you abuse an anonymous stranger in an online game? You never have to see them, or face the consequences of your words spare for a possible retort in game.

I was fortunate enough to have been introduced to League by a group of (incredibly patient) friends, all significantly higher than I in level, but what of those who don’t have a group to back them up and show them the ropes? As a new player, being met by hostile words and told to give the game up (or worse) nearly made me quit, even with friends urging me to hang in there and strive to improve. Put quite simply, the presence of such a hostile community is downright off-putting. Most people know what to expect from the Internet – more often than not, strangers are cruel simply because they can be, but that doesn’t mean it isn’t hurtful, and that certainly does not make it right.

This isn’t an occasional thing – over recent weeks I played League at least once most nights, and in nearly every match there was someone calling someone else useless. Unskilled players can be infuriating – I myself am not an incredible talent on the League circuit, in fact, my skills are painfully average – but even so, a little bit of advice or a gentle reminder can give someone the encouragement to keep at the game.

So maybe next time, instead of raging at the noob with 12 deaths and not a single kill, think back to when you didn’t know an AP build from rocket science, and cut them a bit of slack. Everyone has to start somewhere, after all.

* MMO = Massively Multiplayer Online Game
* MOBA = Multiplayer Online battle Arena (such as LoL, HoN, and DotA)
* QQ more = cry more, it’s often used in response to perceived whining
* Feeder = a teammate/enemy who is dying often without contributing anything of value to the team